Ever since the original Space Hulk video game came out, Warhammer 40k fans have been asking and waiting for a game that truly captures the unparalleled power of playing one of the Emperor's space marines. Now, finally with the upcoming release of Warhammer 40,000: Space Marine, that request looks like it’s finally going to be answered. We’ve tried out the game and are here to give our impressions on what to expect when it comes out on September 6th. 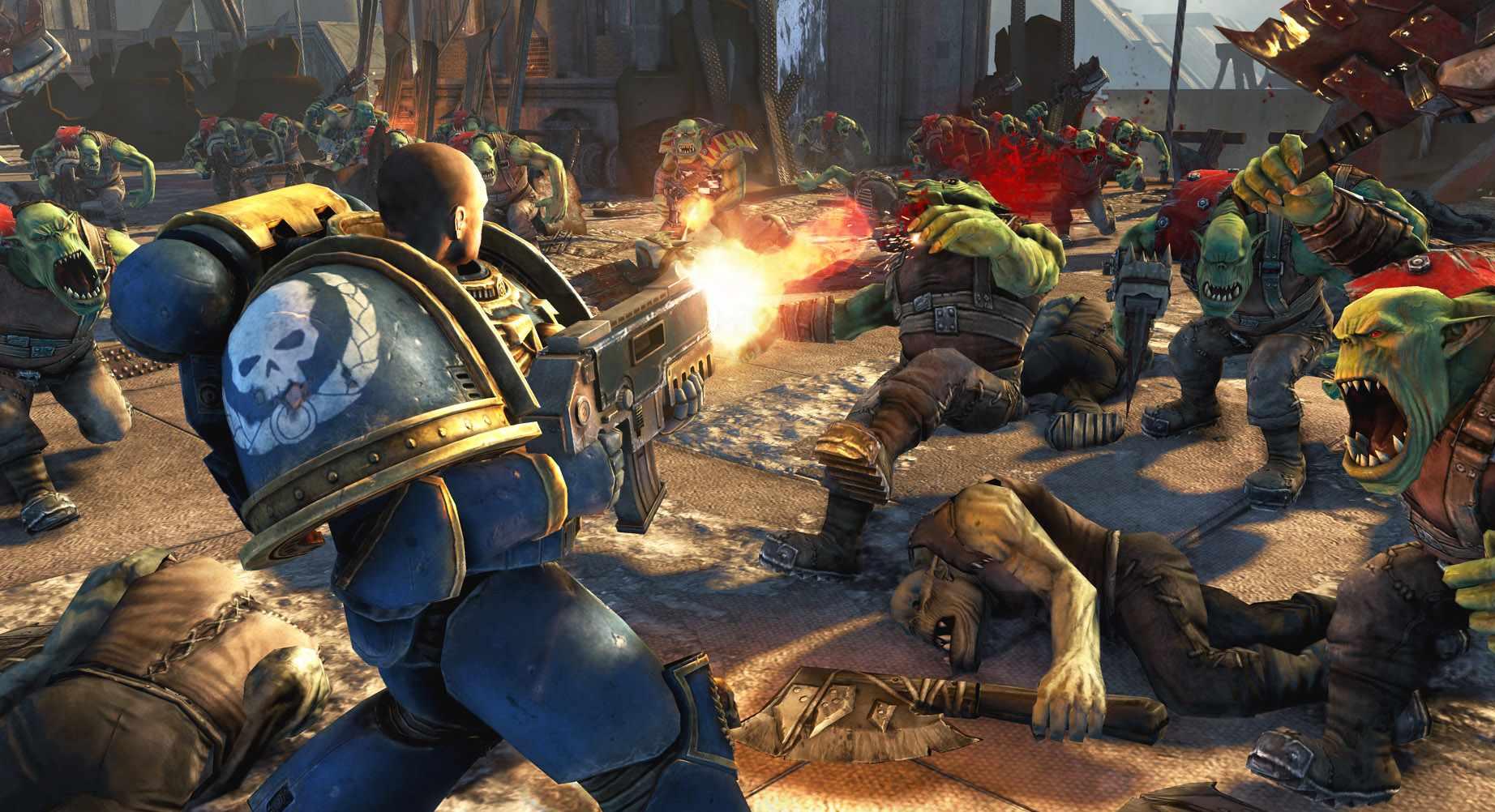 The game is developed by Relic and sets you in control of Captain Titus of the Ultramarines who is part of a small force of Space Marines sent to stop the Ork invasion of a Forgeworld, and in true Warhammer 40K fashion, eventually becomes entangled in a Chaos plot. It’s classic Warhammer storytelling and it’s all told through the fantastic and epic voice acting that you expect from any Warhammer game. It looks amazing and the graphical style it uses perfectly fits the world of Warhammer 40K. I was suprised at how good it looked despite me leaving it on the medium setting, I was even more surprised at how well the game ran with the sheer chaos that was happening on the screen at any given time.

At the heart of Space Marine (Or any action game) is the combat and Relic have absolutely nailed it. The combat is immensely fun and makes you feel like the unstoppable badass that you are. You can switch between the brutal melee combat and powerful ranged weapons with ease. Rather than have a simple one button melee attack, melee weapons have a number of combo’s which you can use against the hordes of enemies that stand between you and your objective. While a lot of the trailers and sceenshots have shown the chainsword in action, it’s by no means the only melee weapon. The game features a number of space marine hand-to-hand weapons from the Warhammer 40K universe from Power Axes to Thunder Hammers. The melee combat is an absolute joy to behold and perfectly captures the essence of what being a space marine is about. Relic have done a great job with the health system, in order to gain more health you have to perform special execution kills which are spectacular to watch and regenerate your health. 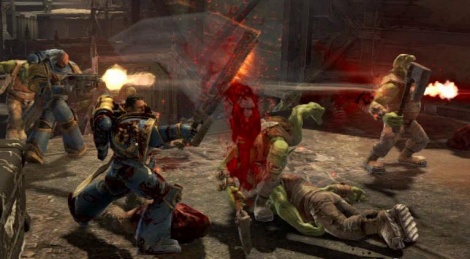 The ranged combat is also immensely satisfying and players have access to many of the weapons from the Warhammer 40K universe and they all sound and behave as they should which is a huge plus for fans of the Warhammer 40K lore. The weapons are all fun to use and have distinct strategic advantages and disadvantages to each. I personally found the Bolter to be the most fun to use as I could just spray into the hordes of Orks and was bound to hit some of them and see giant clouds of blood spray up into the air when I did so.

Warhammer 40K: Space Marine is being developed by Relic and is set for release on September 6th of North America and September 9th for Europe on PC, PS3 and Xbox 360.