I’m a big fan of the Warhammer 40,000 franchise so when I heard about W40k: Space Marine I was stoked to learn more. Developed by Relic Entertainment (who else), Space Marine takes place on an Imperial Forgeworld where a chapter of space marines, led by player-controlled Captain Titus, have been deployed to stop a rampaging Ork warboss from acquiring a relic Warlord Battle Titan, a powerful battle-walker held in storage. Other than periodic releases of screenshots, plot and gameplay details are in remarkably short supply. 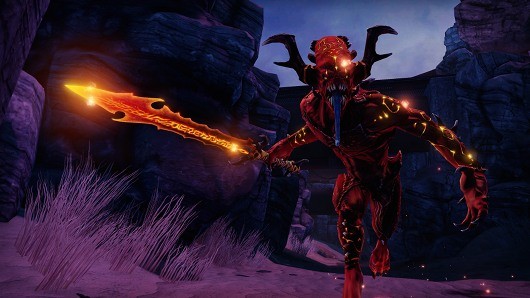 Guided by the unseen hand of the almighty God-Emperor, humankind has expanded across billions of stars and has encountered vile beasts that devote themselves to heresy and other foulness. While the Emperor’s Imperial Guard sacrifices untold millions to keep back the xeno menace, the crystallization of the Emperor’s will is embodied in the forms of the super-human Space Marines, divided into distinct chapters by the particular gene-seeds they carry. Gene-seeds are the genetic material that was disseminated by the chapter-masters who are themselves sons of the Emperor. With these seeds they can recruit promising new marines from dedicated recruiting worlds that are individual to each chapter.

An Imperial Forgeworld is an entire planet devoted to factories that churn out the myriad blessed wargear of the Imperium. Several races construct Forgeworlds to supply the endless war but most are ancient, if not completely mystical to its current inhabitants. An unrecovered Titan is a priceless treasure, as it is an ultimate battle vehicle that can only be stopped by another Titan. 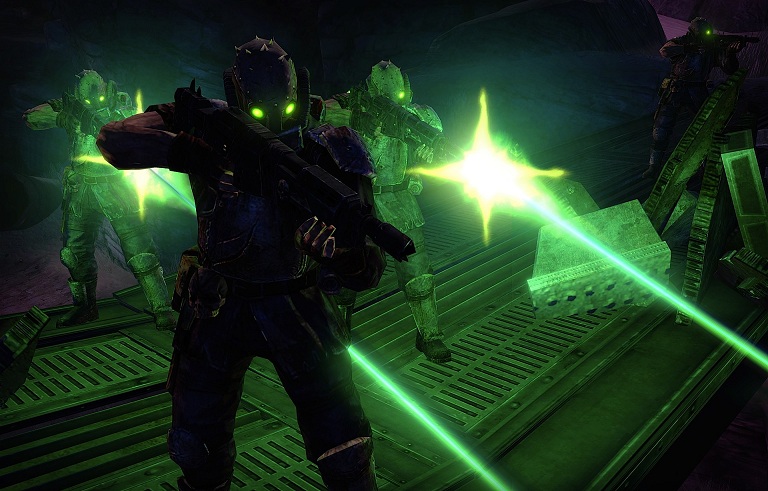 As Captain Titus of the Ultramarines, the player must descend from the orbiting battlebarge and fight the Ork tide utilizing space marine weapons like heavy bolters, flamers, rocket launchers, lascannons and plasma rifles. The developer Relic has focused on RTS-style gameplay with their other Warhammer titles, notably the Dawn of War series. The great-looking engine powering Space Marine reflects the similar visual style as in those games, as seen by a trooper on the ground and individually controlled. The game uses a third-person perspective, much like in Dead Space, in which Titus unloads as much ordinance into the Ork hordes as he can, before wading into the battle with his chainsword swinging. Enemies are pushed around by the massive bulk of the armored marine, allowing bits and pieces to fly in a decidedly brawler gameplay system. However, each mode is fully supported, useful and readily available in any situation. Although there was cover sources in the Dawn of War series, cover is not a factor in Space Marine as the developers are incorporating the fact that the worn armor is so strong that cover would be irrelevant. 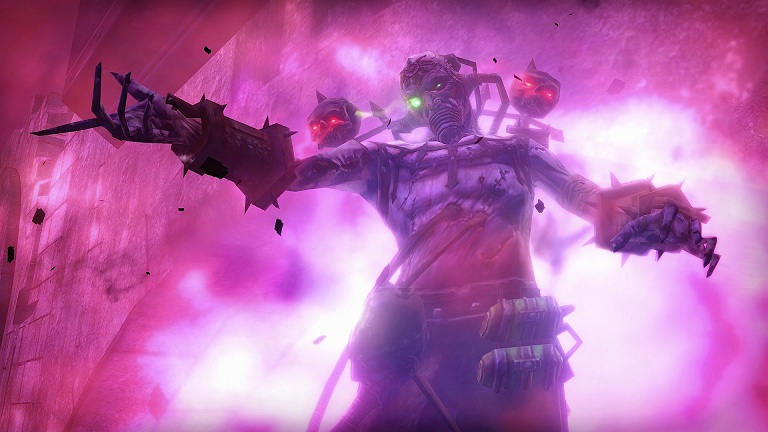 Warhammer 40,000: Space Marine looks fantastic, with varied situations and nostalgic throwbacks to popular space marine equipment, tactics and dogmas. By diversifying the license, Relic may be able to attract new recruits to the lore and mythos. WH40k: SM was developed by an old hand at Warhammer titles, Relic Entertainment, and published by THQ. It is set to be released on several consoles, including PC, Xbox 360, and Playstation 3 as soon as Q2 of 2011.