By: Steven Chaitman | Movie News | March 23, 2012
Although freakishly warm weather all over the country has folks stoked for Summer 2012 at the movies, Summer 2013 is shaping up to be pretty darn good itself. All the major studios are trying to set their tentpole releases, and Warner Bros. is the latest to make its move.

The biggest of these films is The Hangover Part III. The studio has scheduled the comedy three-quel (how often do you hear that?) for Memorial Day next year, which at the present will pit it against bug-centric Fox animated film Leafmen and Universal's Fast & Furious 6. The Hangover Part II opened to $89.5 million in the same slot last summer, and though a poorer reception will assure the third film less money, Universal has to feel a bit uneasy. 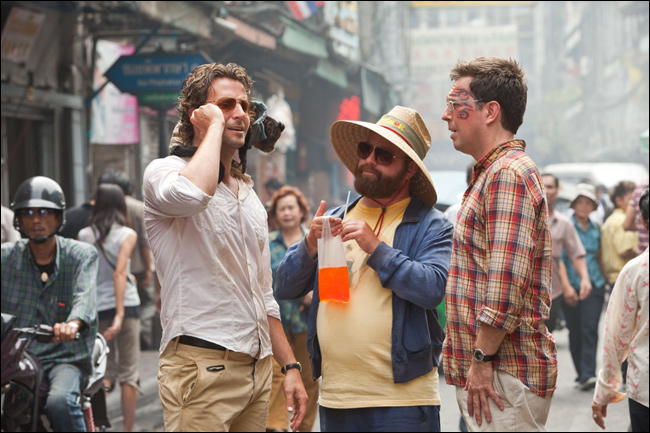 Also new to the schedule is the long-brewing sequel 300: Battle of Artemisia. Warner Bros. has penciled it in for August 2, 2013, which has been occupied for some time by Summit Entertainment's RED 2. Considering the box-office success of 300, it will be interesting to see if Summit budges on that date. "Artemisia," directed by commericial ace Noam Murro, will star Sullivan Stapleton and Eva Green with Rodrigo Santoro returning to the role of Xerxes.

Finally, Guillermo del Toro's monsters vs. mechs movie Pacific Rim starring Charlie Hunnam, Charlie Day and Idris Elba, has been moved from May 2013 to a more prime spot on July 12, 2013 opposite Sony's Grown Ups 2. The project had been set for a July release when it was first announced, but was able to move back after Thor 2 moved to November and Universal's similar-ish sci-fi film Oblivion starring Tom Cruise moved to April just last week.