From the cute and innocent appearance of Warp’s main protagonist, you’d be easily fooled into believing he follows the typical alien cliché of “coming in peace”. All rational thought of peace seems to have disappeared as, much to his dismay, Zero has been captured and placed in a highly secure underwater lab. As the title of the game suggests, Zero’s main power is his ability to warp. As long as a wall or object isn’t too thick, Zero will be able to warp through it and emerge on the other side.

Warp is a hybrid of stealth, puzzle and action. As well as the ability to warp, Zero has many more unique skills that can be unlocked as the player progresses through the game. These abilities allow different approaches to later puzzles in the game, stopping the puzzles from becoming too stale or repetitive. The puzzles and stealth ideas in Warp are enforced by the game's top down camera style, allowing players to have a clear view of the area around them and also to choose between a variety of different paths and playing styles. 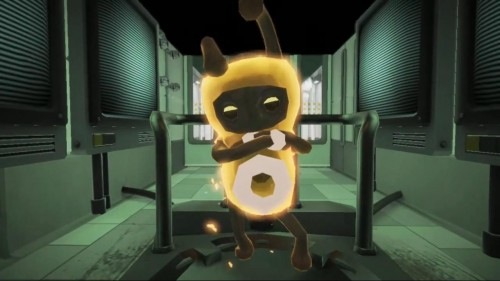 Like all stealth games, there is the option to ditch the idea of sneakiness in favour of a different style of gameplay. Warp’s substitute for stealth comes in the form of Zero warping inside the bodies of his enemies and literally blowing them apart from the inside, leaving a puddle of blood and guts behind him. Visually grotesque, yet hilarious coupled with the sound effects of Zero emerging from the body, the game promises to deliver a firm slap to the face for anyone who dismisses this as “a game for children”. If looks are deceiving, then Zero is gaining a talent for being the master of deception.

As well as your standard enemies, Zero will have to face a variety of obstacles all trying to hinder his escape. Most of the enemies come equipped with weapons, and unfortunately they shoot first and ask questions later. Fortunately for Zero, this can be used to his advantage. Another of Zero’s skills is his ability to send a holographic clone of himself to lure or distract enemies. Unlike the warp ability, the clone is not restricted to only moving through thinner walls. This replica can be used to distract the enemies’ aim of fire to destroy objects. If an enemy turret or barrel seems to halt your progress, a quick shoot out of your ghostly double can aim the enemies’ fire right at them, destroying them and allowing you to progress. 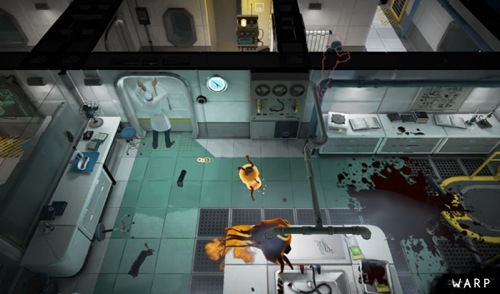 Perhaps the most appealing thing about this game is the variety of ways in which you can approach it. There are no set routes through levels, and most puzzles do have an alternative way of approaching them. As well as this, online leader boards promise to add more depth by racing against your friends and finding the best ways through levels. Warp is available from February 15th for Xbox player, whilst PC and Playstation owners will have to wait some time longer.