Last month, blaming scheduling conflicts and production cost overruns, Starz cancelled Camelot and I was tasked with reporting the news. Although I had written a piece indirectly discussing some of the series' themes, I hadn't watched a single episode. Thanks to DVR, I decided to take a look at the pilot before writing the brief, and in just a few minutes, I was both pleasantly surprised and positively horrified. That is when it became apparent to us here at Player Affinity TV that the cable network's decision deserved a more thorough examination.

Adaptations almost always incite passionate reactions for various reasons, so for a moment, let's ignore the Arthurian legend — the source material in our case — and see how the series fares. Camelot is set in the Early Middle Ages and tells the story of Arthur, a young man who one day discovers he is the son of a British warlord, Uther Pendragon, known as the King of all Britons. On that very same day, the young King Arthur inherits the kingdom and, helped by the sorcerer Merlin and a small group of friends, spends many months trying to establish his authority, consolidate his kingdom, and fend off the devious schemes of his sister Morgana. 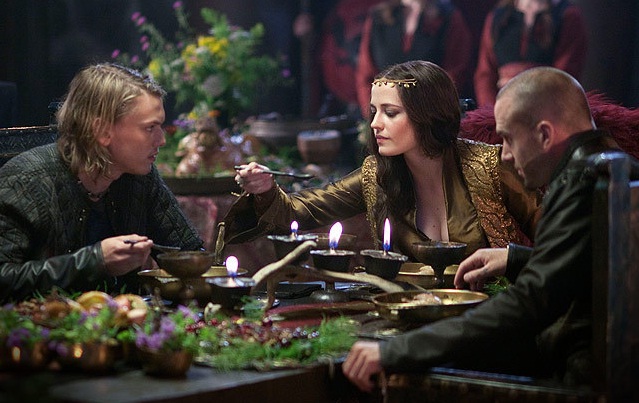 The show had all the marks of a lavish production. The sets and costumes were impressive and there were a lot of location work with gorgeous landscapes. The casting was equally good with Eva Green bringing the right amount of deviousness, seduction and charisma into Morgana. Jamie Campbell Bower as Arthur and Tamsin Egerton as Guinevere brought to life characters that were largely believable. Of the leads, only Joseph Fiennes as Merlin took a while to win me over. That said, of course no sweeping landscape shot or compelling actress performance can overcome some weaknesses in the story or in the writing.

The story succeeded in portraying a learned young man growing into his role as a king, but failed to give enough "gravitas" to the kingdom. No matter how contested his title of "King of all Britons" had been, Uther Pendragon had ruled over a kingdom, which means that even if it lacked the Roman meticulous sense of organization, it stood on some sort of power structure. The story gave the impression that a group of young men were using a seat-of-the-pants approach at ruling a castle and its immediate vicinity, not a kingdom, no matter how small or young it is. Camelot obviously intended to depict the formative years of such a kingdom, so it is only natural to see characters come of age. However, there is a difference between showing a character growing and showing one wandering. For several episodes, Morgana gave the impression that the writers didn't know what to do with her, and even Eva Green's impressive performance couldn't hide it. 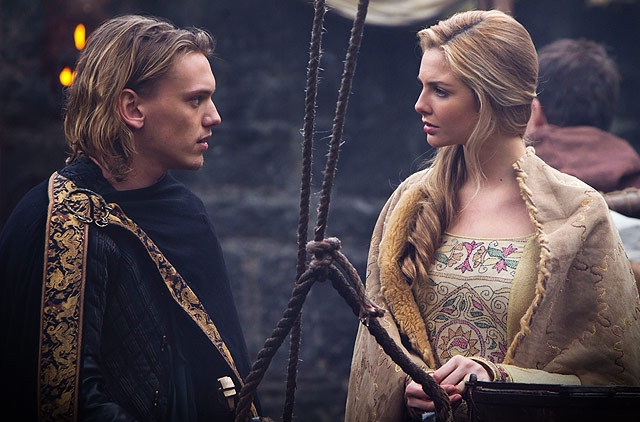 Because it is obviously set not too long after the Romans left the British Isles, the story carelessly helps the viewer notice things that seem out of place or rather out of time. Most of those can be ignored because they aren't really distracting and, like clothing, may even fit in very well despite being wrong. A couple of them should be discussed because they really affect the overall quality of the show. Some characters behave and sound too "modern" and in such a lavish production, it could have been avoided. The worst of all these anachronisms are gathered in the episode where the word "carbon" creeps up when discussing what goes into the metal used to make the king's sword.

Now let's look at our story as an adaptation of the Arthurian legend. Although the jury is still out on whether he was a Welsh or a Roman(ized) warlord, most scholars today agree there might have been an original figure — living in fifth century Britain — who inspired the folklore that ultimately became the Arthurian legend. The life of King Arthur first appeared as a comprehensive story in 1138 in Geoffrey of Monmouth's "History of the Kings of Britain" and culminated in Sir Thomas Malory's "Le Morte d'Arthur" in 1485 after many European authors gave a shot at it. The point is, this has been a constantly evolving story that started out as a mythical tale of a national hero, was later turned into a symbol of chivalry and courtly love, and finally, into a Christian mystical quest (for the Holy Grail). And that evolution hasn't stopped today. There is the remarkable female-centric "The Mists of Avalon" by Marion Zimmer-Bradley and the earlier impressive Merlin-centric trilogy by Mary Stewart. All this to point that Camelot's authors had every right to have their own take at this age-old story. 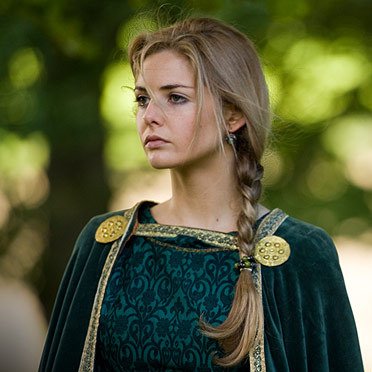 Just like French authors in the Middle Ages spiced it up with Guinevere cheating on Arthur, the screenwriters saw it fitting to add a lot of sex and nudity, which is undoubtedly a sign of the time. Fortunately, there were other reinterpretations that fared much better. There were obvious efforts to restrain the fantasy aspects by making trademark events of the legend a little bit less magical, but more personal and, therefore, more powerful. The lake scene that gave a new meaning to "Lady of the Lake" and allowed Merlin to touchingly name the sword Excalibur was near perfect. Having Merlin coming of age during the formative years of Camelot (the power-base) was an excellent idea. Also, the series' battle of Bardon Pass was a much more realistic take on an important event in the Arthurian legend — The Battle of Mount Badon. It was put together in a way that made the viewer understand how a story about Arthur single-handedly slaying hundreds could have spread.

Unfortunately for Camelot, most of those jewels of reinterpretation occurred in isolation in episodes that were lacking, filled with poor portrayals of the period, aimless characters and a hollow kingdom. It's ironic and interesting to note that the best episode in terms of structure, "Three Journeys," was the only one not built around an important element of the legend as we know it today. It would seem their freedom from the legend allowed the writers to pay more attention to all aspects of that particular story. To be fair, I should probably add that from that point on, the show improved significantly and it began to find its voice. That is why I think the cancellation has possibly deprived us of a fascinating retelling of the most enduring legend in Western literature.