Was the Wii U Gamepad Worth It For Nintendo?

Last week, Nintendo’s Shigeru Miyamoto hosted a Japan-only Nintendo Direct focusing on his next big title, Pikmin 3. He alongside Japanese comedian Hitoshi Matsumoto performed a “Let’s Play” style walkthrough/commentary of one of the strategy game’s levels with Matsumoto playing and Miyamoto commentating. One part of the Direct I took away from it was that Matsumoto was playing the game with a Wii Remote Plus and Nunchuk and not the Wii U’s Gamepad. Since Pikmin 3’s official unveiling at E3 2012, Nintendo has been very coy of how Pikmin 3 utilizes the unique Gamepad, and has instead have players play with the Wii Remote Plus and Nunchuk. This is very important because Pikmin 3 represents Miyamoto’s vision of what he can do on Wii U like how Super Mario Bros, Super Mario 64, and Nintendogs showed off what the NES, Nintendo 64, and Nintendo DS could do respectfully.


Pikmin 3 isn't the only culprit to not use the Gamepad either. Now that E3 2013 is behind us, we now know that most of Nintendo’s Wii U titles aren’t utilizing the Gamepad aside from smaller, optional bits and pieces. On top of that, Nintendo didn’t even demo many of those titles at E3 with the Gamepad. Donkey Kong Country: Tropical Freeze had users wielding Wii Remotes and Nunchuks and the onstage Super Smash Bros. round was played with Wii U Pro Controllers. With the Gamepad being the most expensive part of the Wii U’s $300-$350 price tag mixed with Nintendo’s lack of utilizing it, this yields the question: What’s the point of the Gamepad then?

Here’s a list of Nintendo-published games for Wii U, their primary Gamepad use, their controller options and if the game has the ability to use any non-Gamepad controller throughout the game. This tells a story about Nintendo’s importance for the Wii U.

You can see that many of Nintendo’s system-sellers use other controllers and could have existed without much loss sans-Gamepad. Even a few of the ones that don’t, like LEGO City and Wind Waker HD, could have been built around the Pro Controller if need be (Wind Waker was a GameCube game after all). The only things that are lost for the most part are the minigame collections and The Wonderful 101, though that game has co-op without the need of the Gamepad for the other players.

One of Nintendo’s philosophies with the Wii U was that it could be a platform third-parties could port multiplatform games to. That’s why the Wii U Pro Controller exists, so that gamers who prefer games like Call of Duty and Assassin’s Creed could have a comfortable controller similar to its competitors if the Gamepad feels too much. When looking at a list of various third-party titles out now for Wii U (and Rayman's playable with the Challenge App), you can see that, many titles rarely used the Gamepad in unique ways besides off-TV play.

Off-TV play seems to be the most popular use of the Gamepad, but that's not the best system-selling, or even version-selling feature of the console. Only a very small amount of games like Batman or Mass Effect actually took a multiplatform title and rebuilt it to use the Gamepad, though Mass Effect can use the Pro Controller (and Batman could have if they wanted to). If better co-op games like Left 4 Dead, Dead Island or Borderlands hit Wii U that uses the dedicated screen function (where one player plays with the Pro Controller on TV and one player uses the Gamepad screen) that Call of Duty and Warriors Orochi used, then I'd be more than content.

Nintendo’s been catching a lot of flack from gamers and third-parties because the Wii U is underpowered in comparison to the PS4 and Xbox One, and it’s because Nintendo really thought the Wii U would get as much momentum as the Wii. However, the Wii made sense due to its cheaper price and Nintendo’s great execution of the Wii Remote as an input device, for both consumers and third-parties. After seeing Nintendo’s lack of quality execution of the Gamepad, it sort of makes the controller (as nice as it is) a complete waste of money and resources. 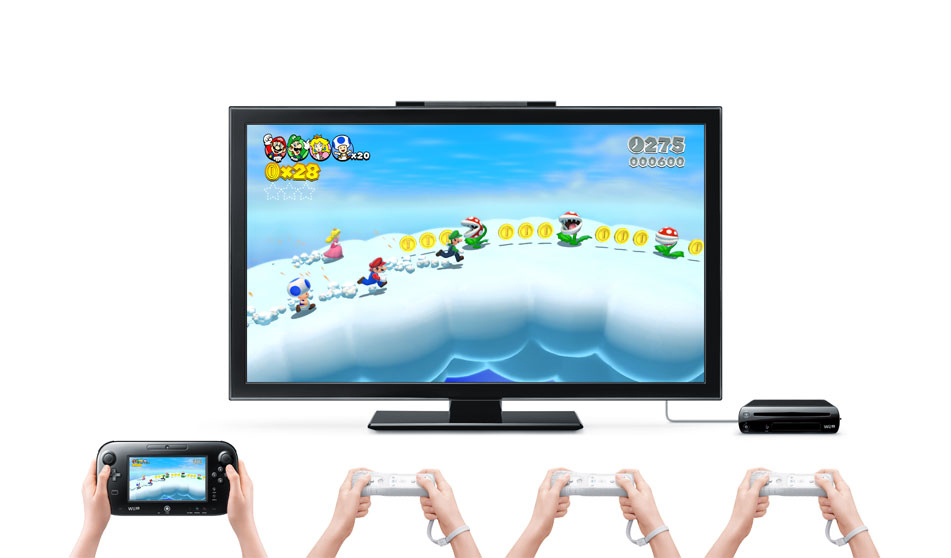 Instead of investing in the Gamepad, it would have been easy (and possibly better) for Nintendo to release a much more powerful console with the Pro Controller as its default controller for the same $350. This device could have supported the next generation engines like Unreal Engine 4 and EA Sports’ Ignite with no issue and thus could have gotten next generation multiplatform titles, instead of a few current gen ones. Granted we couldn't have Nintendo Land, the wonderful drawing community on Miiverse, or the live item swapping in Wind Waker HD, but that’s a pretty easy sacrifice in order to get more next-gen titles like Final Fantasy XV as well as a prettier Super Mario 3D World, Super Smash Bros., and Pikmin 3 since they already have the ability to be played with the Pro Controller.

I have no doubt that Nintendo will rebound with the Wii U like they did with the Nintendo 3DS because its software lineup is pretty sweet, but I really doubt that the Gamepad was the correct controller for the system. That stings knowing that it’s a very expensive portion of the investment, and it stings worse knowing that Nintendo could have been put in a better place if they didn’t exist at all. If Nintendo had that next-generation controller experience like Wii Sports did for Wii, then I wouldn't have written this. Third-parties are looking at this thing wondering if it’s worth bothering investing in and it looks like the true Gamepad experience from Nintendo won’t launch until at least 2014. That’s a major hit to the console’s image.

I like the Gamepad a lot, I just wish Nintendo did.