In today’s world, nearly everything that we interact with has to do with a computer in some shape or form. From writing an article, to bank transactions, and of course video games, computers define our lives. But are we too dependent on them? And what about all of our information – who controls it when it’s out in the worldwide network?

This is the premise behind Ubisoft Montreal’s Watch Dogs. 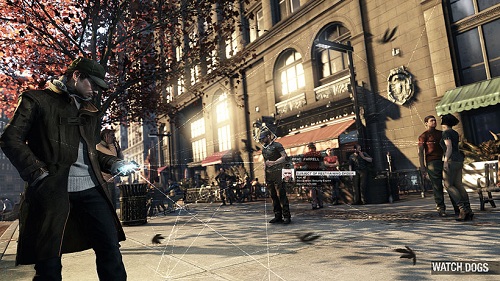 Set in near-future Chicago, Watch Dogs puts you in the shoes of Aiden Pearce, a hacker who easily gains control of the city’s infrastructure, thanks to the city being controlled by a central computer. Using the city’s infrastructure as a weapon, the anti-hero Pearce sets out for revenge. The game features an open-world environment set in the third-person perspective.

The supercomputer, known as CtOS, or Central Operating System, controls every single technological aspect of the city. The computer is not controlled by the government; instead, a group of corporations use it to collect data about the city’s residents.

During a demo at E3 2012, Pearce is shown hunting a wealthy businessman Joseph DeMarco. While the developers say there are many different ways to take him down, the demo showed Pearce hacking into the city’s traffic light system, manipulating them in a way that causes a pile up, which DeMarco happened to be involved in.

Pearce can also hack into anyone’s cell phone, gathering their information and using it against them.

Further demonstrating the concept of using the city as a weapon, Pearce is shown being chased by the police in a stolen car. When approaching a drawbridge, he hacks into it, causing the bridge to rise and trap the cops on the other side. 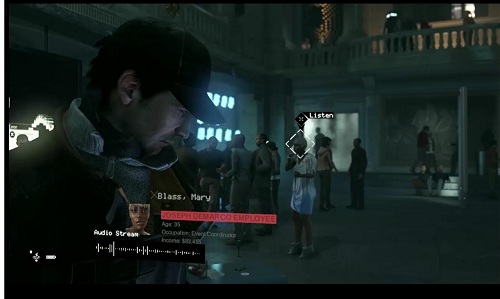 The decisions you make in Watch Dogs will have an effect on Pearce’s portrayal by others. What might happen to the other people whose lives you affected by causing the traffic intersection pile up, just so you could get revenge on one person?

Ubisoft Montreal plans to ship Watch Dogs with an app for smartphones and tablets, allowing players to access maps and other info right on their mobile devices. The irony of this is all related to the game’s commentary on the interconnectivity of today’s world.

The graphics and attention to detail in Watch Dogs are outstanding. The rain-slicked streets and the highly-detailed player models are what stand out the most in the demo. While some believed that the game would only be released in the next gen due to the stellar visuals, Ubisoft Montreal confirmed that the game would be released in 2013, and the Xbox 360 and Playstation 3 were part of the plans. 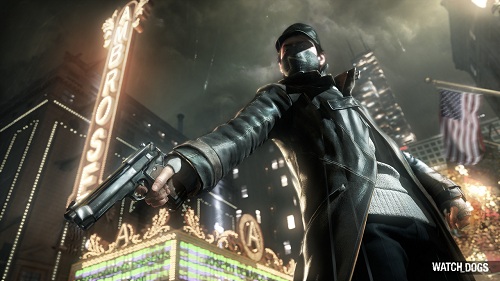 Ubisoft Montreal is certainly ambitious with Watch Dogs. The gameplay mechanics seem to be original, but will they be executed well? The example of the traffic lights and the drawbridge certainly sound exciting, but what else can you do? Based on the information so far, the game seems to focus a bit too much on hacking into others’ cell phones to gather their information. What else can we hack into to cause mayhem in the city? The potential alone should be enough to make gamers excited.

The game’s commentary on interconnectivity is spot-on in today’s world, and might make us think about how much we are letting others know about us through social media websites and other outlets.

It’s still too early to judge Watch Dogs, but based on the early info, it is definitely something to look out for in 2013.