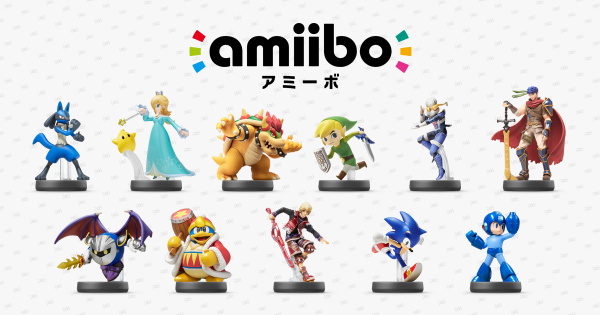 Also newsworthy about the amiibos is that they can only hold one save file, so if a figure, let’s say Shulk, is compatible for savable content with both Super Smash Bros. for Wii U and Xenoblade Chronicles X (not that it does… yet), you have to make sure to save its data in the game before using it in another. This doesn’t apply to those one-time unlocks on content like in Hyrule Warriors or Mario Kart 8, just swipe the figure when asked and it’ll just unlock what it’s supposed to unlock, and that’s it.
To get ready for the launch next Friday, Nintendo also released the 5.3.0 U firmware update, which adds “amiibo Settings” to System Settings. amiibo Settings “allows users to register an amiibo owner and nickname, delete data written to an amiibo by supported software, or reset an amiibo” among other bug fixes.