Los Angeles nightlife. It's all Hollywood parties and glitterati, right? The graphic novel POSEURS paints a different picture as it plays with the idea of who's real and who's rented in the LA party scene.

Available this February from Image Comics, POSEURS follows the lives of three distinctly different teenagers as they navigate both the seemingly glamorous and underground party scenes of LA. Traversing all corners of LA, from the graffiti-tagged streets of LA's eastside to the bloated mansions of Bel Air, POSEURS takes a satirical look at the LA party scene through the eyes of three teens who get in over their heads. 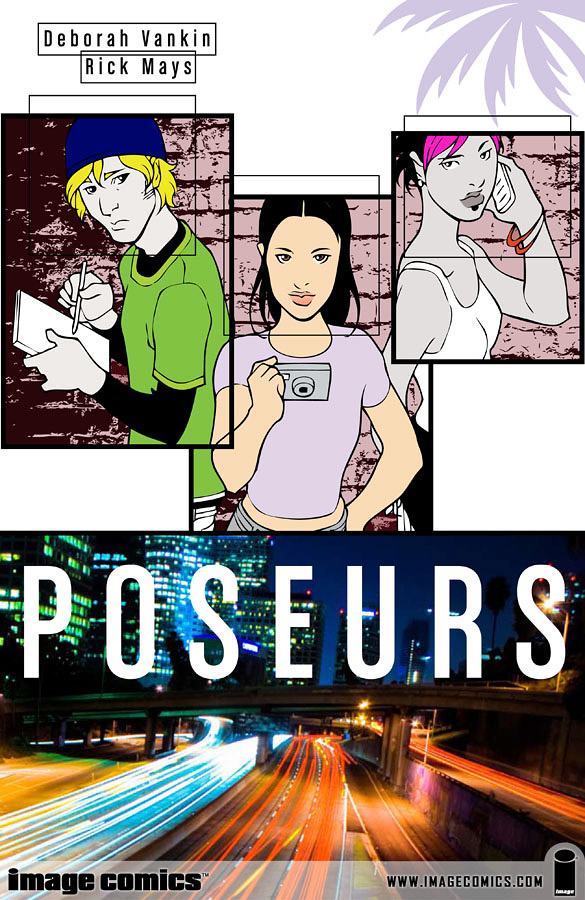 Writer Deborah Vankin has the pedigree to back up her tale -- she's covered arts, culture, entertainment, and nightlife in LA for nearly 10 years, writing for publications such as the Los Angeles Times, the New York Times, and Variety. Rick Mays (KABUKI VOL. 6: SCARAB) brings a pen as sharp as Vankin's wit and experience to the project, perfectly capturing the aesthetic of the LA party scene, whether the pretty dream or the ugly truth.

"It's a young adult novel aimed at teens, but I think older audiences will appreciate the satire that permeates the story. There's a kidnapping, a few shady characters, and some love interest. And it's shot through with photographic and literary references -- so it's fun, but smart, too."