What Could Have Been: Vince Gilligan on the Breaking Bad Finale

Regardless of how you feel about Breaking Bad’s conclusion, there is no denying the success of the final season as a whole. With all the anticipation and speculation surrounding the series finale, there will surely be those who will gripe about the close-ended wrap-up, while others might still be looking for answers to long forgotten questions, but it is safe to say that we will all miss watching the fantastic characters and the world they inhabited in new episodes. Bring on the painful Breaking Bad withdrawals. “Felina” was an exceptional hour (and fifteen minutes) of television and a fitting conclusion to the story of Walter White. (Read our review here.) 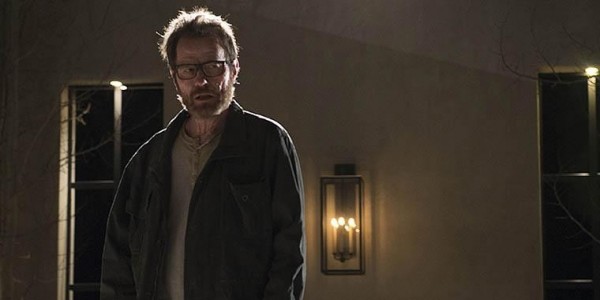 As much as we loved the final chapter of this epic/insane story, it is still fun to learn about what could have happened instead. Vince Gilligan (writer/creator) talked to EW and elaborated on the many possible endings to the story. What if Jesse had actually killed Walt, or if Walt had made it out alive? Gilligan noted, “There was a version we kicked around where Walt is the only one who survives, and he’s standing among the wreckage and his whole family is destroyed. That would be a very powerful ending but very much a kick-in-the-teeth kind of ending for the viewers. We talked about a version where Jesse kills Walt. We talked about a version where Walt more or less gets away with it.”

He also sheds light on the thought process behind the choices the writing staff ultimately made, “There’s no right or wrong way to do this job — it’s just a matter of: You get as many smart people around you as possible in the writers room, and I was very lucky to have that. And when our gut told us we had it, we wrote it, and I guess our gut told us that it would feel satisfying for Walt to at least begin to make amends for his life and for all the sadness and misery wrought upon his family and his friends. Walt is never going to redeem himself. He’s just too far down the road to damnation. But at least he takes a few steps along that path. And I think more importantly for him than that is the fact that he accomplishes what he set out to accomplish way back in the first episode: He leaves his family just a ton of money.”

Full interview over at EW.com.