What Ever Happened to Image Comics?

Back in the day Image used to give companies Marvel and DC a run for their money. It was now the Big Three, not the Big Two. But over the last decade, the Image fandom has fallen largely and they no longer stand out like they used to. Whatever happened to Image?

In the early 1990s, several freelance illustrators that were doing popular work for Marvel Comics grew annoyed with the company’s policies and practices. A main complaint was that they were only being paid standard rates with low royalti 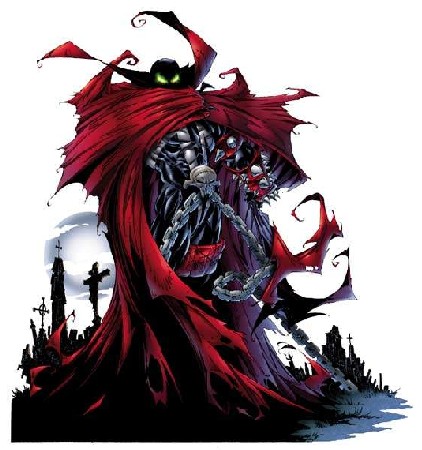 es with their heavily merchandised artwork and new characters. Upon approaching the Marvel President, Terry Stewart, they asked for more but he refused to meet their demands.

These creators decided upon two rules that Image would always abide by:

The first comics to be published by this new company were Liefield’s Youngblood, McFarlane’s Spawn, Larsen’s The Savage Dragon and Lee’s WildC.A.T.s. The sales went through the roof with these new series, both because of already developed fans of previous works and new collectors wanting to get in on the “next big thing”. They hit sales numbers that no other company other than Marvel, DC or Valiant Comics had achieved since the market’s decline in the 70s.

Series published by Image truly matched sales of Marvel and DC, especially the series Spawn and The Savage Dragon, with Spawn quite often topping monthly sales altogether. But there were a few reasons why Image’s success was short-lived compared to the Big Two.

The partners had little business management and marketing experience and this led to series starting to run late. Spawn which is currently at #199 has been going for 18 years, is running about two and a half years behind schedule. There was constant fighting between the founders of Image, with some claiming others were doing exactly what the large companies did with interfering. Image suffered quite a blow when Jim Lee’s and his imprint, Wildstorm, split and joined DC.

I feel the major downfall with this company was lack of progression for its series. There is a reason Fantastic Four remains popular with almost 600 issues. There is a reason why The Amazing Spider-Man is still strong at 647 issues. A reason why Superman and Batman are still strong at 700. Even after all the ret cons and reset buttons, there is development for these characters. They change. Spawn, even after all his events, Armageddon even, he always ended up back in the alleyways. Savage Dragon is still an officer with no real feel anything has truly happened.

A point to observe, this may be linked to the rules that Image had decided upon at the beginning of its formation. Creating this rule (that nobody but the creator had control), they wanted to be separate from the big corporations of Marvel and DC, because this was basically a major point that annoyed them. With teams constantly changing in these companies, characters could dramatically change and possibly be put to death. Because of this rule, writers may have been too afraid to dramatically change their characters and allowing complete freedom as there may have been a sense of pride in keeping the characters true to themselves, which in turn would have them suffer as there was no real evolution. What was never realized was these changes in writers and teams could also be successful and raise sales and bring in new fans.

On The Wings of Kirkman

When things were looking glum for Image Comics, along came Robert Kirkman. Kirkman was best known for works such as Marvel Zombies and Marvel Team-Up vol 3. His first works for Image was the short-lived comic Tech Jacket. As part of Image’s new super hero line he launched Invincible. This is a series that has been consistent with sales and has acquired a growing fan-base, which has heavy influences from Akira Toriyama’s Dragon Ball (but heck! I love the series!).

Shortly after Invincible, Robert Kirkman and Tony Moore started The Walking Dead. A black and white series set in a zombie apocalyptic world. Clearly inspired by works of George A. Romero, but Kirkman’s success is his focus on the humans and less the killing of countless hordes of zombies. This series has also been consistent in its success, even now having a high-budget TV series based upon it.

Kirkman also created The Astounding Wolf-Man, which has also had decent success. He did a few one-shots for the series Brit, and then edited the 12 issue series. He has collaborated with Todd McFarlane with the creation of Haunt which has continued to have mixed views. He has created a mini-series called Guarding the Globe that will tie in with the Viltrumite War from Invincible as well as another series based in space. Then if all of that was not enough, Robert Kirkman with Marc Silvestri took over 2009/2010 Pilot Season, has become a partner of Image Comics and is currently doing an Image Universe crossover called Image United, with Al Simmons (Spawn) being the main villain.

Whether you like Robert Kirkman or not, he knows what sells. With all his titles, and announcing he is going to launch his own Image Comics imprint called Skybound, it appears that this man is not going to slow down any time soon. It seems that Robert Kirkman is the main carrier of the Image banner; some could argue he is Image. Sure there are other writers, but they do not seem to stand out like he does. If Image wishes to continue they are going to have to find more writers with the flair and commitment that he has.