What if Call of Duty Went Free-to-Play?

By: | PC Features | June 21, 2011
The term "free-to-play" has mostly been used to describe lower-tier MMOs over the past few years, describing games which, while literally free to play, make a profit through micro-transactions and payments for more content. Now the shooter genre is dipping its toe into this genre, with both Battlefield and Ghost Recon starting new free-to-play online projects. This model has proven to be profitable for shooters such as Battlefield Heroes, a cartoony class-based shooter which preceded the recent Battlefield Play4Free. So, with the words "shooter" and "profitable" being in the same sentence, it would only make sense that Activision might try this business model with their shooter juggernaut Call of Duty. So what would Call of Duty look like if it went free-to-play?


First, you'd see a difference between free versions and paid versions of a free-to-play Call of Duty. Let's say that it has 8 maps, half of Modern Warfare 2's map count. In the free version, it would have 4 of those 8 maps, and it would be impossible to vote for maps. The biggest part of any modern Call of Duty multiplayer game is the leveling system, which keeps players coming back all the time and is arguably what makes it so fun. The maximum level non-paying users could reach would be 30, and they would get half the experience points for every accomplishment, increasing the grinding. Of course only being level 30, free players couldn't acquire access to the late-game equipment, perks, and callsigns. 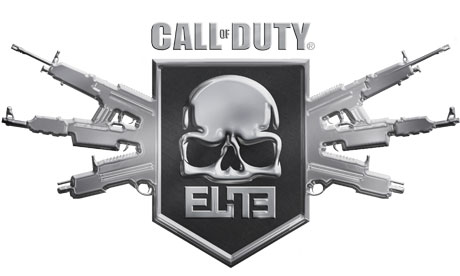 For the paid version of Call of Duty: Modern Business Model 2, you'd gain access to all of the maps, which you could vote for, you'd be able to reach the maximum level of 70, and there'd be paid user specific callsigns to show off to the rest of the community. Also, paid users would receive discounts for other Call of Duty-related products, like future Call of Duty games or Call of Duty Elite.
With all the miscellaneous modes found in the Call of Duty series, it would be easy to add more content to a free version of Call of Duty online. For instance, the zombies mode found in World at War and Black Ops would be an easy fit, as long as it had a functional friends list. One map would suffice here for most players, though it'd be possible for some cross-game marketing if players with previously purchased zombie maps from World at War and Black Ops could carry some of that content over. Leaderboards would be nice here.
Call of Duty: Free to Play would most likely change the core gameplay of the series' multiplayer a bit to allow for more micro-transactions, a staple of the free-to-play business model. The problem that most games have with micro-transactions is balancing the items between balance and reward. Sure, it's far more tempting to buy an item that will give you an edge in combat than a cosmetic item, but cosmetic items don't negatively impact its balance. Call of Duty has so many features and modes in its multiplayer, though, that it'd be easy to find the right items for micro-transactions. For instance, since zombies mode doesn't require as much balancing as competitive multiplayer, users could purchase special weapons for this mode. There could also be the standard cosmetic items as well.
By no means are we saying that Call of Duty: Free to Play is going to happen. With the current landscape of online shooters, though, it's reasonable to think that it might occur, and these are just a few of the possibilities should a free-to-play Call of Duty game be released. Feel free (no pun intended) to leave your comments below as to what a free Call of Duty game may look like.