What The Fuss Is All About in SWTOR’s Update 1.2

SWTOR update 1.2 was released last Thursday, and for those who don't know, here's what was added:  The Legacy System is the main aspect that came with update 1.2. It allows all players to have a surname and a family tree, meaning that players could show how their alternative characters were related. So, if you had a level 50 Chiss bounty hunter for example, you could then unlock the Chiss race for republic characters via an inheritance.

Remember that little purple XP bar? And how we kept gaining legacy levels, all the while having no idea why? Well when we reached the end of Act 1 on our first character, we unlocked our legacy, allowing us to choose a surname for all our characters in future to share. These legacy levels unlocked new features with the release of update 1.2, including social emotes and inheritance main hand construction kits. These were intended to be passed down to lower level characters via the mailbox, so that their children/siblings/allies could use this to construct themselves a new weapon. Legacy brought a lot of new features with it, and while the family tree aspect excited the vast majority of SWTOR fans, a lot of people on their forum deemed it as silly, childish and pointless (Many don't like the idea of being able to make a Jedi knight whose race is Chiss/Sith pure blood).  It also allows players to further customize their characters appearance, so that they can look like their parents. 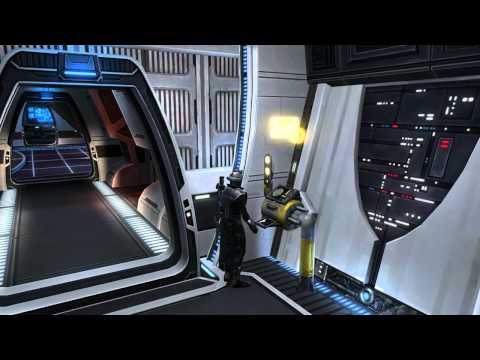 However, whilst the family tree aspect of update 1.2 was probably the most note-worthy, a lot of other changes were made. We now have a UI interface editor, allowing players to completely customize the way their screens look, new icons for each class (Sith warrior and so on), and allowing us to use our speeders in space ports.

A new PvP warzone "Novare Coast" was added too, but I feel as though it's a rehash of "Alderaan Civil War". It's still fun to play; only I don't see many differences between the two, and feel perhaps Bioware could have made an entirely new scenario.  Another aspect that excited me regarding update 1.2 was the opportunity to have "sprint" from level 1. It has greatly aided my leveling speed for my new Imperial Agent, and I'm sure many of you will agree this is a vast improvement compared to jogging slowly around from planet to planet until you finally reach level 14. 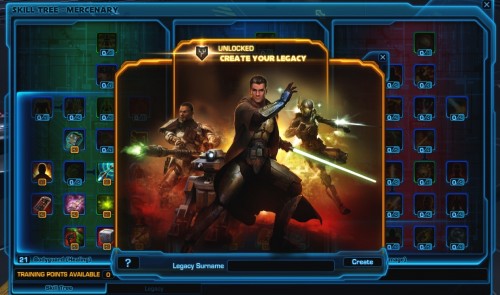 As many of you have probably noticed, when we enter the legacy menu there is a "coming soon" tab. This tab shows a lot of the new content that will be available in update 1.3, but I know from personal experience that a lot of fans were disappointed to see that many of the promised changes included in update 1.2 were not delivered, such as ranked PvP. Bioware admitted that they were pushed for time with the release of update 1.2 and had to leave a lot of things out.

Hopefully, we SWTOR lovers will see these changes in update 1.3. Some of the features mentioned on the "coming soon" tab include: flashpoint experience bonuses, space experience bonuses, warzone experience bonuses, increased sprint speed, bonuses to increase affection gain with active companions, higher critical chances when crafting, level 25 speeders at level 10, repair droids, and many more.  But who knows when this will be released? There is no release date for this update yet, and there is barely any news on it aside from what we're told in-game in the legacy menu.

Hopefully Bioware won't leave us waiting as long as we did for update 1.2, and update 1.3 will be with us shortly. The new changes made with update 1.2 have changed the game considerably; increasing the way that SWTOR is unlike any other MMO on the market today. I hope that Bioware will continue making the old republic a game that is ever-changing and competitive with other MMO's, as for me, that is what makes SWTOR so appealing. We all loved the idea of spoken dialogue cut scenes as it was different to other games, and more like the style of Mass Effect. Bioware have done a great job up until now to procure the way we view online gaming which will hopefully be the case with future updates for SWTOR.