What We (Would) Want: Deadly Premonition 2

About a month ago we started a feature from the Xbox Team entitled “What We Want.” I’m now adding a slight spin on it with “What We (Would) Want” which will discuss a sequel that we may not be guaranteed to receive.

Good Combat, Get Some!

The entirety of the combat in Deadly Premonition was riddled with design flaws, from the Resident Evil-style movement to the lack of weapon variety to the enemies that take ten minutes to kill; it was all just so bad. Once you passed the original dumb charm of killing all those limbo zombies, they just become a pain in the ass. One thing you should not change about the combat? Zach whispering slight encouraging statements to whomever his new alter ego is -- Nice shot, Amazing, Yes, Bull's-eye. 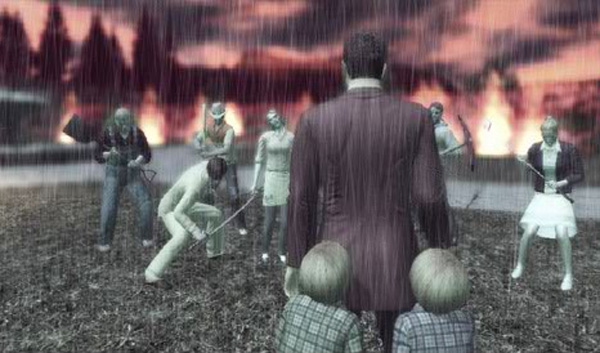 While I hate to say it, Greenvale had its time in the spotlight. It was a fun place to be in for twenty hours but now it’s time for a new city. I will call the new city... Bluewoods. Bluewoods should be populated with new diners, bars, and of course, gas stations. It would be nice to also have a gun shop that is open 24/7. Bluewoods would be mostly similar to Greenvale, littered with interesting characters whose backstories both intrigue you and simultaneously give you a bit of a chuckle.

One of the more unique things in Deadly Premonition was York’s alter ego Zach. Throughout Deadly Premonition, York would communicate back and forth with Zach (with us never hearing Zach’s presumably clever retorts) about old movies and whatever else was on Mr. Morgan’s mind. While it is revealed at the end that you had actually been playing as Zach the whole time, it would be nice to still have an alter ego in Deadly Premonition 2.

It would be rather tough to work York back into the mix seeing as his story with Emily was wrapped up and had a nice little bow tied on it after the end of Deadly Premonition, so Zach should create a new alter ego. He becomes lonely without York so he creates Jayce. Throughout Deadly Premonition 2, Zach would talk back and forth to Jayce just as York and Zach talked back and forth.

FK in the Deadly Premonition 2

It is alluded to at the end that Forrest Kaysen’s legacy will continue on as you see his dog Willie carrying around a Forrest Kaysen doll. Kaysen was one of the most intriguing characters of Deadly Premonition as you never quite knew if he was good or bad. With him ultimately being the mind behind it all, you’re forced to extinguish his presence from Greenvale. While establishing a new villain would be perfectly fine, I would love to see some more Forrest Kaysen in some form or another. Whether it be a minor appearance or just a plot twist at the end again, Kaysen would be the brainchild behind all the bad events taking place in Bluewoods. 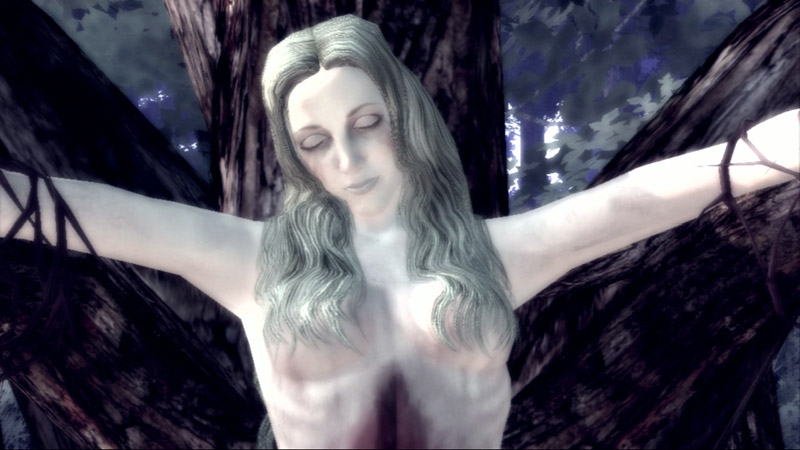 Revenge of the Soundtrack

While Deadly Premonition had many people that hated the game and many people that loved it, there’s one thing we can all agree on: the soundtrack was marvelous. Most of it was very Twin Peaks-esque of course, but some of the more unique songs such as Life is Beautiful are what really stood out. I know I can’t be the only one that had that song stuck in my head for weeks after I had finally finished the game. I will still occasionally hum out some lyrics whenever I’m bored, not even thinking about the game.

After writing this article, I’ve quickly realized that all Swery and his team need to do is give me more Deadly Premonition with more wit, music, characters, and an interesting story and I’ll be the happiest gamer alive. While refined and enjoyable combat would be nice, the world surrounding the Deadly Premonition name is enough to suck me back in in an instant. Even if we never get a Deadly Premonition 2, I’d personally like to give Swery a big thank you for giving me a gaming experience I will never forget.