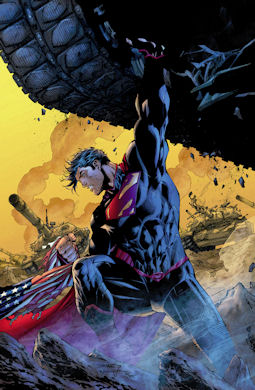 July for DC Comics could probably be best characterized as damage control month. See, some of the things DC promised in June are no longer going to be the case in July. Scott Lobdell will now be covering for the abrupt departure of Andy Diggle on Action Comics. This is on top of Lobdell still writing Superman and a Superman Annual that month as well. So for at least July, Lobdell will be writing half the Superman franchise. Meanwhile, there’s a lot of shuffling in the Green Lantern franchise to manage the quick loss of Joshua Hale Fialkov. Robert Venditti and Van Jensen are taking over Green Lantern Corps, and Charles Soule is jumping on board Red Lanterns.

It’s hard to get excited about any of this. We know these are all last minute changes being thrown together because DC ran off two more writers, so the potential of us seeing any well thought out stories from the new writers is pretty low. Superman Unchained will overshadow this as far as the Superman books are concerned, but the launch of the new Green Lantern franchise has been undermined.

And hey! It’s John Stewart on the cover of Green Lantern Corps. It’s funny because DC was totally going to kill him a minute ago. 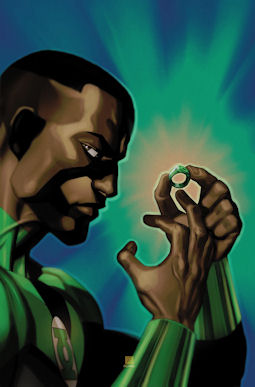 The enormous Batman franchise carries on mostly as business as usual. The one big exception to that is the end of Batman, Incorporated. I can only assume Grant Morrison is completely destroying the Batman, Inc. concept on his way out the door, because there’s no way DC would just let go of a Batman book unless they really had to. Besides that, Scott Snyder is continuing his Year Zero story arc. James Tynion IV disappoints me by bringing Essence and all that damn All-Caste baggage back to Red Hood and the Outlaws. Talon takes place on Santa Prisca. And it sounds like Barbara Gordon is having second thoughts in Batgirl.

Oh, and Trinity War begins. I guess DC finally decided what exactly it is going to be about.

Batman and Superman makes an early trip to Earth 2 in the pages of Batman/Superman. Deathstroke gets hired by the Green Team. DC pads out the month with a handful of Annuals and a couple Director’s Cuts, which I always find weird when there are no directors to have said cuts. And for another month, nothing gets cancelled!