When a Game is More than a Game

There are a lot of games out there and everyone enjoys to play a different style. Whether it’s a simple first person shooter where you play as a soldier, a real time strategy game where you command hundreds of troops, or as simple as a rhythm game like Guitar Hero.  However, when does a game become more than just a game? When does your experience with a game carry with you for years to come?  It might have been because it had an amazing story that stuck with you, or a game that you played as a kid that you always enjoyed. Just recently I’ve been thinking more about this as I’ve been playing through Red Dead Redemption, a great game by the way, which has been captivating me with characters that are fun to meet and hard to forget. Series like Metal Gear Solid, Zelda, and Halo have stuck with me the most, while a few others have found their way into my list of games that I will always remember. There are probably already a lot of people that can name Final Fantasy VII as one of their most impacting games. 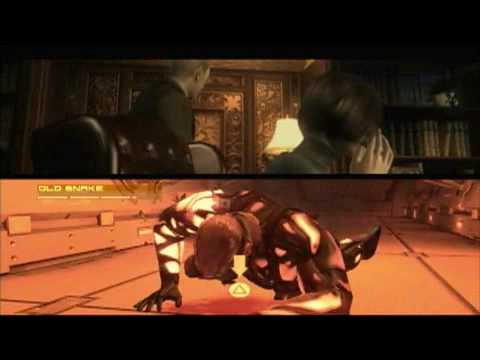 Come On Snake! My Finger Is Getting Tired

I know many people who play games online like Modern Warfare 2 and they have no interest in story of any kind, they would say a game is just a game and if you think that way that’s fine. But before you say that, think of all the times you've played online with your friends and all of the trash talking and jokes you’ve made with them online. Those are the kinds of experiences I’m talking about, where a game isn’t just a game anymore. In this case it’s a way to connect with your friends during a day that you're sick or it’s raining, and you're just having fun. Just like board games bring people together… video games are just cooler and they usually end faster than some games, like Monopoly.

Games are more than just a form of entertainment, but don’t get me wrong that is their main job, but it’s also about creating those memories. Even my own mother has a game like that and it’s Super Mario Bros. and she likes it only because she played it when she was younger and it was her first game. Other than that she doesn’t like video games, but she still remembers that time she played it and that feeling is still there after all this time. So next time you play a game that you really enjoy just think why you enjoyed it and think of all the other older games you used to enjoy. You’ll be surprise how many you can think of without even trying.