When the need for Accessibility goes too far

I wouldn’t exactly be dropping a bomb on anyone when I say that games have been given a violent push to make them more accessible to newcomers over the course of this generation. For the record I think that’s a great thing, the more people that can enjoy games the better. However, that is unfortunately not the case across the board, I’m sure everyone has their own example of this sort of thing happening and surprise, I’m going to focus on Ninja Gaiden 3 for this article. The need for accessibility over this current generation has actually helped to make our games more enjoyable, design has evolved as the gaming audience has become more experienced and reached new people. But there is a delicate balancing act when it comes to making something more accessible, and just outright dumbing it down for an audience that isn’t even interested in the first place.

So with that in mind, let us take a look at Ninja Gaiden 3. As I have said on the podcast, this is not a good game even without comparing to its predecessors. Team Ninja said from the beginning that this game would be different and not be as punishing as previous games. Which is fine, mastering Ninja Gaiden is seriously awesome, and there’s nothing wrong with lowering the bar of entry a little so more people can experience that as long as that challenge is still in there. The Ninja Gaiden series has always been for a very specific type of person, I took some time after being done with NG3 and went back and played the previous two, the biggest difference besides the combat system is just how much those games expect you to know about action games in general. They expect to you to be able recognise things like start up frames and when you or an enemy is in recovery after an attack. They expect you to have really fast reflexes because the enemies you’re dealing with require exactly that. 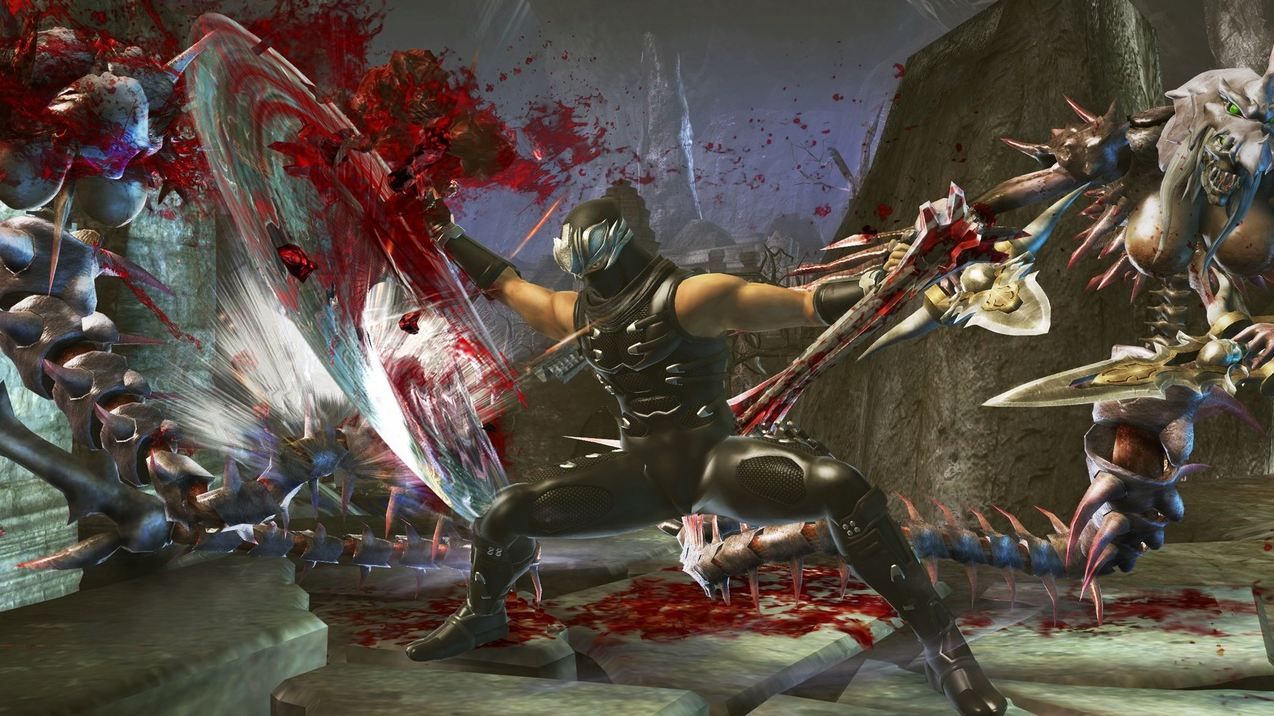 In NG3, that is not quite the case. The core combat system is enjoyable, but instead of offering you a wide variety of weapons and enemies to master, you get a dozen enemy types and one weapon, and a much more simplified combat system. Now keep that in mind, and also keep in mind what I just said about the previous games. Now consider just who is NG3 intended for? It certainly isn’t aimed at fans of the series, as everything you would come to love is gone, and in their efforts to make it more accessible and change the fundamentals of the game, they wound up just taking things from other action games that pulled off said things a lot better. So is NG3 intended for action game fans in general? It’s possible, but if that is the case then I would argue that they do not fully understand that audience, action games like Ninja Gaiden or Devil May Cry are highly regarded because of their depth, uncovering all the layers that make up the combat system and mastering it over a long period of time.

You can figure out every single enemy and boss in NG3 once you’re done with master ninja mode. Which again, wouldn’t be a problem, if they had in fact made any one thing in the game 100% reliable. I won’t reiterate what I’ve said on the podcast here, but considering the above, Ninja Gaiden 3 doesn’t even appeal to fans of the genre it belongs to. In their efforts to make it more accessible, they managed to not only remove everything that anyone came to the series for in the first place, but also make the game so reductive, so derivative, that it just doesn’t appeal to anyone from either audience.

Due to NG3’s cold reception, both critically and commercially, it’s unlikely that we will ever see another Ninja Gaiden game. Which is obviously a terrible thing for fans of the series and action games in general, but there is an important lesson to be learned here. Making something accessible should never be the main goal behind a game, when you make something with the only aim of anyone being able to finish it, you’re going to end up with something as forgettable as Ninja Gaiden 3. Which, if it didn’t bear the name of Ninja Gaiden, wouldn’t be getting attention like this article in the first place.  Making something accessible can be done after you have created the experience you want to create and the sorts of people who need that can still enjoy the complexity of what you have made if they chose to. You need only look to games such as Vanquish or Bayonetta for examples of how to do that. As gaming attracts a larger audience, the bar of entry could become so low, that the older part of the audience looses the very thing they enjoyed about games in the first place.