When We First Met Review

"A good 'stay-in' date night option"
By: Russ Matthews | Movie Reviews | March 4, 2018
‘Men and women can't be friends…’ - Harry Burns, When Harry Met Sally The film industry has built a whole sub-genre within the romantic comedy realm of people attempting to get out of the ‘friend-zone.’ What Harry Burns articulates so well in the Rob Reiner classic is the undeniable fact that men and women cannot truly be platonic friends, but that does not stop Hollywood. With varying degrees of success, screenwriters continue to dole out new films that challenge this philosophical and relational conundrum. Netflix puts this premise through an interesting mix of Big, Groundhog Day and My Best Friend’s Wedding with their latest romantic comedy, When We First Met. 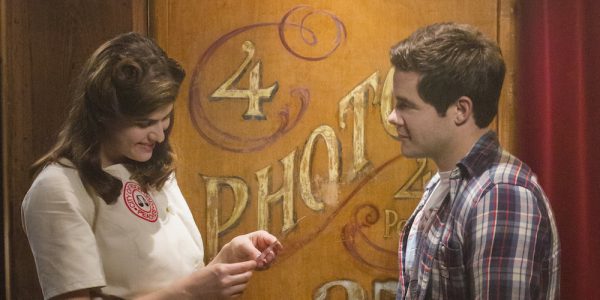 Noah Ashby (Adam Devine) has just met the girl of his dreams in Avery Martin (Alexandra Daddario). She likes jazz, loves classic films, plays foosball like nobodies business and seems to be perfect in every way, but she has unwittingly placed the young pianist into the ‘friend-zone.’ As he pines over her for the next three years, she meets and gets engaged to the perfect man, Ethan (Robbie Amell). Even though Noah tries to move on from this secret love, he ends up drowning his sorrows in any form of alcohol he can drink. While in his drunken stupor, Noah goes back to the night he first met Avery and decides to do one thing that reminds him of her, he goes into an antique photo booth and while he takes some pictures, he falls asleep. When the young romantic awakens, Noah realizes he has been transported back three years to the very day that he met the love of his life. Once he comes to terms with this existential experience, he quickly realizes that this is his opportunity to win the heart of Avery. All he has to do is determine what he needs to do or not do to move from position of friend to the role of the love of her life. 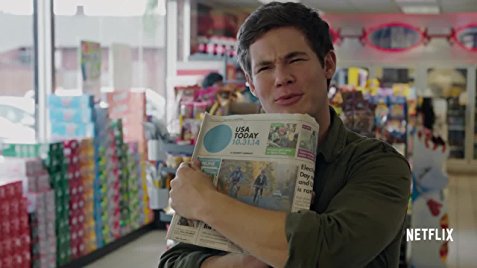 Even with the whimsical premise of time travel, this is a film that stays true to the romantic comedy genre. Director Ari Sandel (The Duff) does not break any new ground with this film, but he does offer something that has been missing for some time on the romance front, a good date movie. No secret rooms, no nude romps on the beach and no gross-out humor needed, just some good romantic fun. The script does contain elements of sexual innuendo and drunkenness, but what is different about this film is the lack of excessive nudity, coarse language and continual sexual humor. Not that these elements do not exist in the movie, but the majority of the film still offers something that most would not be embarrassed to watch on a date with a loved one. The plot does take some time to get off the ground and does contain massive plot holes, which is typical in most time-travel stories, but overall it is an endearing tale. 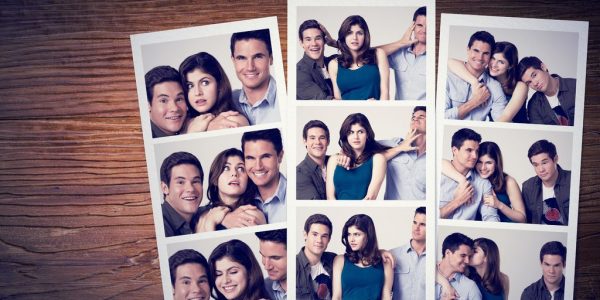 The whole film does play to the comedic stylings of Adam Devine, and the rest of the cast performs to the stereotypes that come within this category of films, but there is a heart-warming lesson provided within the script. Proving that it is best to stay true to yourself and that many times the person you are looking for is right in front of you, but are you looking for them? When We First Met is a quirky and fun mix of fantasy and romance that is ultimately forgettable, but enjoyable to watch. Devine is the glue that holds things together and even during some of the weaker elements, he makes the audience want to stay to find out what happens in the end. The team at Netflix has provided something that has become an endangered species in the cinema, a fun date night movie.
Rating
7.0
Pros