“Where in the World is Radical?” Coachella Contest

To enter, visit the contest page and upload a photo of yourself holding a Radical book or the provided Radical printout in a location that shows where in the United States you live. Note that this does not necessarily mean you need to take a photo in front of a national landmark—submissions can be as simple as a photo taken next to a street sign. Think creatively, though— photos will be judged on the basis of originality.

Once you’ve got your photo, upload it to the contest page and ask your friends to vote— the more people you get involved, the better your chances at winning. Radical will select the winner from the three photos that receive the most votes, ultimately choosing a single winner based on the creativity of their submission. Get creative, tell your friends, and enter Radical’s contest for a chance to win a pair of tickets to see your favorite musicians play at Coachella. For more detailed contest information, visit the following URL: http://bit.ly/e1kHR4 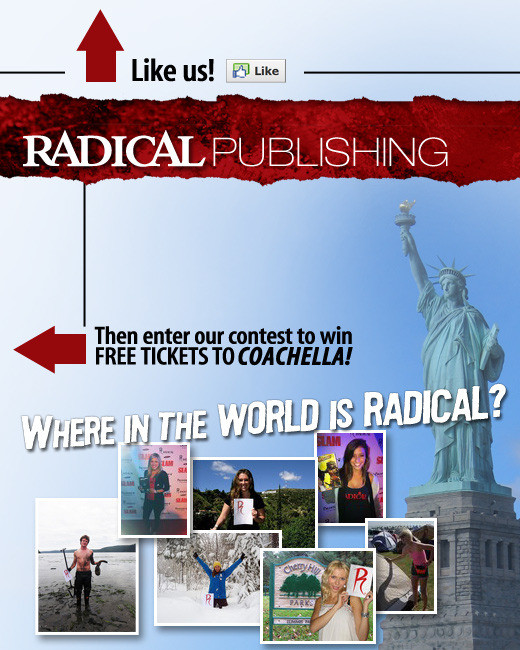 Good luck to all entrants!