The action continues in this fast paced action mystery that’s part Jason Bourne and part Wolverine. Jon is captured and not only does he need to figure out which agency is coming after, but also how many agencies are coming after him. Then when he has a chance to breath he needs to figure out who set him up in the first place.

The book begins with two men dragging subject eleven back to his holding cell. Scientists can be heard discussing remote viewing and testing upon the patient that the reader will come to know as Jon. One of the men asks if he’s having visions yet so that he can report something back to his superiors. Then a voice begins talking from the corner of the Jon’s locked cell. He turns to see a man wearing an all-black suit with red tie standing in the corner. He tells him that if he wants to get out of there he needs to listen to him.

Jon finds himself in an interrogation room in Paris waiting. The cop in the room with him doesn’t even ask him questions; rather he informs his that he’s being picked up by another agency. When Jon asks if it’s the Americans the cop tells him that the answer is out of his paid grade, but Jon is a very popular man. Jake informs Jon that his window for escape is limited and that he needs to do exactly as he says this time. When the cop comes back in Jake jumps the table and haymakers him with both fists. He takes his taser and makes a break for it. Fortunately not everyone in the station knows about him and he’s able to sneak away under Jake's guidance. 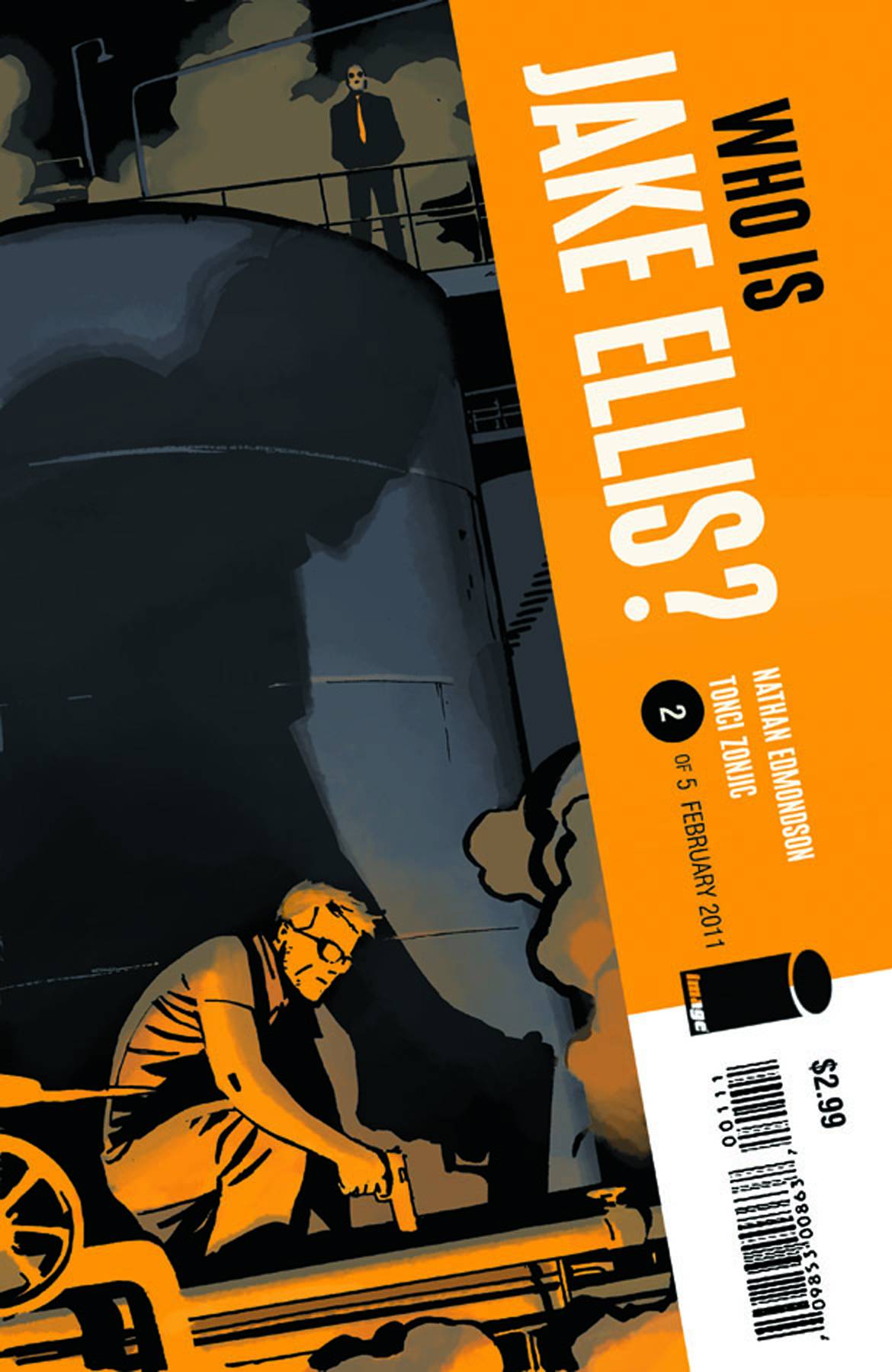 As he’s leaving Jake tells him that a man in a black van nearby is one of the men there to capture him. Jake convinces Jon to take the guy out and steal his van then question him. Jon reluctantly does so, but can’t help but wonder why Jake is putting him in warms way on purpose. Once Jon has captured the man he brings him to a deserted field and begins his own interogation. The man’s badge says US States Department and so Jon asks what he wants with him. The man says that Jon is a brilliant C.I.A. analyst and that they’re trying to bring him home. He also tells him that he’s been missing since he was abducted for a secret experiment that he was the sole survivor of. The conversation comes to a close as a sniper takes the agent out and puts Jon back on the run again.

I wasn’t lying when I said it was a bit Jason Bourne. Jon doesn’t know who he is, why he has the skills he does and why he has Jake looking out for him. In regards to Wolverine, Jon is experimented on and giving the ability of foresight courteous of Jake and then escapes from the same lab that was experimenting on him. The difference between Jon and the previous two fictional characters is that he is way more interesting. It’s possible that Jake is either a part of Jon’s mind or he’s a real person. If he is a part of Jon’s mind then that would mean his own brain is working against him.

Nathan Edmondson continues to keep the adrenaline pumping with the second issue. It’s hard to make a book where the character is constantly fleeing danger that holds the readers interest, but Edmondson manages to do so. Many times the reader just can’t get excited for the story after so much heart pumping moments. Edmondson mixes in short conversations between with Jon and Jake or other characters to give the reader a breather from the intense action and it’s a perfect balance. The additon of Jake acting like a narrator also helps because it makes the audience wonder if what he says will happen will be exact or not.

The art is still gritty and rough as it was in the first issue, but it works really well for the book. The only instance in which it doesn’t is the scenes with Jon as subject eleven. Jon’s head is shaved and you really need to make the leap in logic that it has to be him because they wouldn’t show you another character so soon in the story. The problem being is that Jon is unrecognizable with his head shaved and bags under his eyes. Perhaps it was intentional but it was a bit distracting while reading. One of Zonjic’s best scenes is Jon handling a gun in an open field. The move he pulls is straight out of a Hong Kong action movie and the sequence was easy to follow making it a solid scene.

This book is still really good and I can’t wait to see how the mystery unfolds and to figure out who the protagonists really are. The mixture of action and story is the perfect balance and great to find in the world of comics today. With the first issue already on a second print I can image that the second issue might just do the same so grab yours quick! The book releases on 2/23 and if you missed the first issues try and grab the reprint to give it a read at least.

If you’re interested about the first issue check out our review as well.