Who is the Best Expendable? – Round 1 Why Stallone is the best Expendable?
Back in the '80s and '90s, action fans fell into two camps: Stallone fans and Schwarzenegger fans as they dominated the cinematic scene. Stallone starred in two iconic series, “Rocky” and “Rambo,” the first of which is an Oscar winner. It is even more remarkable that after turning 60, Stallone was able to give both franchises a swansong each in 2006 and 2008 and even now he is still a physically demanding action star: in Rocky Balboa he really did fight Antonio Tarver, a champion boxer who was half his age. It can be argued by fans of the “Rambo” series that Rambo (2008) is the best movie of the series. Outside “Rocky” and “Rambo,” Stallone has starred in other fun action movies and has show his abilities as a dramatic actor in First Blood, Rocky and Cop Land. The Expendables was his baby so surely he should be the best Expandable. Why Schwarzenegger is the Best Expendable:
Somehow unable to give up his spotlight as the world’s biggest action star even after retreating to the confines of the California governors mansion for two terms, Arnold Schwarzenegger is not an bodybuilder with which to be trifled (not that many should be). If the crippling and soul-sucking world of politics was unable to fell the Austrian Oak, what chance would a mere mortal have? Unlike a number of those calling themselves “action stars” today, Schwarzenegger has brawn to go with his efficiency with a firearm (and one of any caliber and size). He’s defeated aliens, robots and baddies from around the globe and even battled Batman for a brief stint in the '90s, I’m told. Nobody has — and perhaps nobody ever will — eclipse the mantle held by Arnie. Frankly, if Schwarzenegger joins The Expendables they should change their name, because with him on their side, they’re anything but. Why Li is the best Expendable?
In a crowd of hulking bruisers that rely on big muscles and bigger guns, Li stands out for cultivating a career based on doing more with less. Training in wushu from the age of eight, Li was taking down adult martial artists at tournaments before most of us hit puberty, earning 15 gold medals at national championships in the process. Li transitioned from dominance on the mat to stardom on film so quickly in China that the name Jet was given to him to characterize his meteoric rise in popularity. Despite his physical prowess and fame, Li's stated pacifist beliefs show that a true champion doesn't need lethal skills to solve their problems. Why Statham is the best Expendable?
Emerging from nowhere to star in two Guy Ritchie movies, the British star Jason Statham (a.k.a. The Stath) is one of the few genuine actor stars left, leading action movies on both sides of the Atlantic. Known for his martial arts abilities, a strong wit and willingness to strip off, The Stath has created two of the the biggest action heroes in recent cinematic history, Frank Martin (who had a cameo in Collateral as well as start in The Transporter Trilogy) and Chev Chelios, and his movies are often popular with action fans. The Stath can kick a lot of ass with his expert fighting skills, does his own fighting and stunts and has recently been linked to the “Fast and Furious” and “Transformers” franchises. 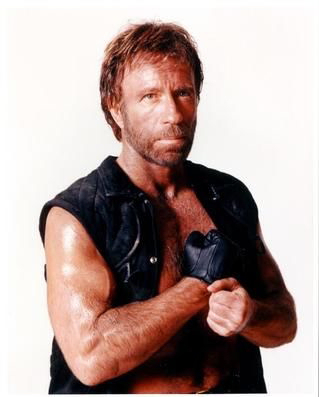 Why Norris is the best Expendable?
Chuck Norris is one of few men could go the distance with Bruce Lee, that alone gives him a lot of bad ass points. Norris may not have starred in blockbusters like Schwarzenegger, Stallone and Willis, but he has his own following, is an excellent martial artist having mastered a number of disciplines including karate and tae-kwon-do, and has been consistent with his work. And he is still going as action at the age of 72, so he must be doing something right. Major Movie Series: Universal Soldier
Other Notable Movies: Rocky IV, A View to a Kill
Shameful Movies: Masters of the Universe, The Punisher
Methods of killing: Firearms, boxing
Other key skills: 3rd deg. black belt in Kyokushin Karate
Fun facts: Holds a master's degree in chemical engineering, worked as a bouncer and a bodyguard before coming to Hollywood

Why Lundgren is the best Expendable?
Lundgren proves that some muscle-men have a brain that grows proportionally with their biceps. In addition to spending two years in the Marine Corps and winning back-to-back European karate championships, the Swedish meathead earned a master's degree in chemical engineering, and was long rumored to have an IQ of 160. Plus, he once put Stallone in intensive care for four days while filming Rocky IV. Can any other action star claim to be as smart as they are deadly? Why Van Damme is the Best Expendable:
Guns? We don’t need no stinking guns! When you’ve got a roundhouse kick to the face that means instant incapacitation, paralysation or death for your foes, carrying a gun around is like strapping heat-seeking missile launchers to a T-Rex. Sure, at times Van Damme is sent on assignment (or resurrected as a cyborg and then sent on assignment), but his recreation of choice is seeking out fights (and I’m not talking the sanctioned kind where you’re awarded a sparkly belt at the end). Van Damme is gritty, slick and has that thick foreign accent capable of melting the pants off any girl he wants. If you’re in a sticky situation (which The Expendables seem to land themselves on more than one occasion) and you’ve gone and shot off your last round, you’re going to want the Muscles from Brussels to have your back … and your right side, left side and front. It is a shame for the Expendables that they are facing off against JCVD instead of working with him. He should be a formidable foe! Why Willis is the best Expendable?
Yes, Bruce Willis did come to fame in the cheesy romantic dramedy series Moonlighting, and yes, he made The Return of Bruno. So the fact that he's still one of the greatest action heroes of all time despite these decidedly un-macho origins speaks volumes to the charisma and testosterone this guy has at his disposal. He's the star of one of the greatest and most enduring action movie franchises of all time, one that forever took the genre out of the hands of muscly goons like Arnie, and gave it over to the average joes. All you'd have to do is shout Die Hard over and over again to prove his legendary status…so I will. Die Hard, Die Hard, Yippee-Ki-Yay, Die Hard, merry Christmas Argyle, Die Hard.