Why 2011 Isn’t The Comeback Summer We Expected

This summer has been quite a bummer, Judy Moody. After the debacle that was 2010, true movie fans hoped that this year would be a comeback year for Hollywood. No more shrinking revenues or slimming attendance due to lackluster titles no one cared about. Yet somehow, even with bigger tentpoles in place, plenty of hype and excitement, and burgeoning production and marketing budgets, 2011 is already being written off in favor of next year’s offerings like The Avengers, Prometheus, The Amazing Spider-Man, and The Dark Knight Rises.

This blockbuster season held so much promise yet it has come in with a whimper and July is already right around the corner. Thus far there have only been three noteworthy hits: Fast Five, Pirates of the Caribban: On Stranger Tides and The Hangover Part II. The race car franchise has earned nearly $600 million worldwide since late April. With its huge $86 million domestic start, Fast Five bumped summer season up a weekend. "Pirates" barely makes the grade in North America, but it just became the tenth biggest film ever at the world box office. The Hangover sequel made a splash Memorial Day weekend with $85.9 million. All three movies are still making a killing around the world and have sequels on the way. But the fact is without these two movies, 2011 would be an even greater disappointment both to fans, producers, and movie theater franchises alike. Attendance is down, and this year even 3D premiums can’t cover up the lackluster response to this year’s offerings.

Some say it started with Thor, but signs of trouble began as early as January. I’m not superstitious but this year kicked off with the most retched offerings thus far, Season of the Witch. Movies haven’t been the same since. What was supposed to be a big splash on MLK weekend ended up rather meh. The Green Hornet, helmed by Seth Rogen, opened to $33 million domestic and never crossed $100 million. Ouch. It barely earned back its budget with overseas’ tallies but can’t be called a hit by any stretch of the imagination. Subsequent weekends offered everything but the kitchen sink. There were R-rated comedies, foreign dramas, demon-possession throwbacks, remakes, remakes, remakes, Adam Sandler, Justin Bieber, teen aliens, and more Nic Cage.

Desperate, Hollywood has begun hailing tiny hits as if they are a big deal. Movies such as The Adjustment Bureau, Battle Los Angeles, and Limitless were given high marks for merely crawling towards the $50 million mark. Truth be told, only animated pictures like Rango, “Gnomeo,” and Rio made any money before blockbuster season kicked off and even those were merely relative hits compared to smashes like Despicable Me in previous years. Sucker Punch flopped and Scream 4 tumbled. By the time summer truly came around audiences knew the trend. Even what was dubbed good was merely okay, and what was called great was little more than satisfactory.

Hollywood has continued last year’s failures by continuing to produce based on obscure material. This fanboy stuff just does not appeal to the average moviegoer, or in the case of Sucker Punch it doesn’t appeal to anyone. Green Lantern, Thor, and potentially Captain America could all go down shame-faced in box office history. The God of Thunder got beaten by a five-year-old car after all, and Green Lantern opened at even less than that. Good reviews or bad nothing can float an under produced mess that no one knows anything about. Moviegoers aren’t stupid. Most know that titles like X-Men: First Class are experimental. The execs that greenlit these sideline superhero stories didn’t know if they would have a hit or a miss. By releasing images and footage early to curious fans they stuck a fork in themselves. 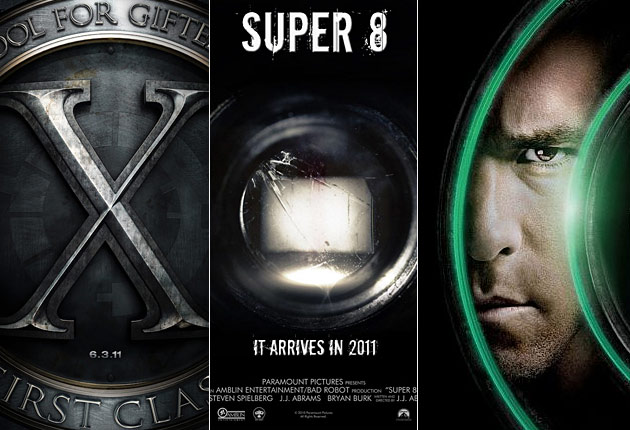 Moreover, hype (and I admit I’m great at generating this) is a killer nowadays. Just a teaspoon too much hype and a title can wash up fueled by critical spite. It happened last year with Kick-Ass and “Scott Pilgrim” and both Thor and Green Lantern fell by its sword. Closely related are the “we're returning to our roots” campaigns. Get the old team back together slap them on digital print and call it a movie. No thanks, Captain Jack, but that is hack filmmaking.

And then there are the typical avoidable goofs. Take this independent stuff out of summer release windows and for that matter, the lazy thrillers and chillers, such as Priest. This stuff doesn’t fit in blockbuster season; it is purely fall fare and that is where it belongs. Forcing nonsense like Priest into the summer doesn’t get it one extra ticket sold, just more shame and disgust from dignified movie fans. On the same token, counterprogramming seems to have gotten downright lazy. Why there are two comedies out on a single weekend or two romances (also don’t belong in the summer slots) I do not understand. Drivel like Monte Carlo going opposite Larry Crowne is not only dumb, it’s outright slovenly.

I could keep going on about threequels, fourquels, now fivequels but you know all of that. And 3D is in the same boat; it’s been talked to death. When it comes down to the wire the biggest factor keeping people out of the theaters isn’t storylines or bad CG, it’s the money. We’re still in a recession and as long as people have to budget their pennies and carefully divide their unemployment checks people are going to be choosey when it comes to what may be bland entertainment.

Hollywood seems to always take the wrong advice from people who only know what worked in the past. What was yesterday’s hit is today’s failure. Come up with something new, with great effects, a quality story, and strong cast. Oh and while you’re at it, lower the bloody prices or start offering people jobs.