By: | PS3 Features | June 9, 2011
Like everyone, I've been watching insane amounts of E3 footage this week, but one game in particular really stood out for me. While Battlefield 3 looks amazing and I can't wait to play titles like Uncharted 3, Mass Effect 3, and Gears of War 3 those games are pretty obvious to be on most people’s radars. Instead, I am going to take this opportunity to single out a game you may have ignored for one reason or another. I'm quite passionate about gaming and nothing is cooler to me than seeing new, interesting ideas and huge strides in design innovation and the continuing evolution of the medium overall.

I'm talking about the new Tomb Raider and given the franchise's past that is quite something in of itself. If you haven't seen the gameplay demo that was shown at Microsoft's conference you need to go do this now. Lara Croft and almost every aspect of who and what she is has been completely reimagined; she's no longer a silicone filled doll... she now seems to be on her way to possibly being a genuinely cool and interesting character. If there is one thing the gaming industry desperately needs still, it is an iconic female that gamers of both genders, but especially females, can respect and relate to amidst all the Marcis Fenix's and Master Chiefs of the world. 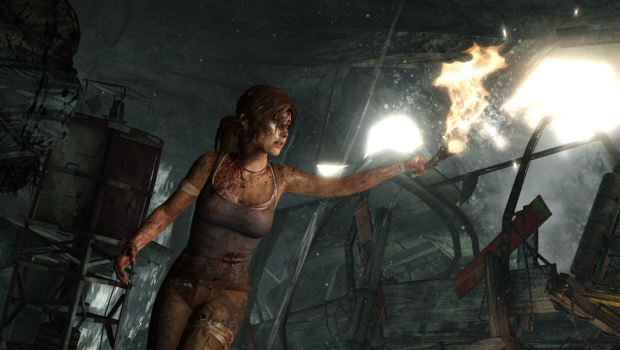 I have nothing at all against the typical offerings of our industry, my shelf having thousands of dollars worth of such games is proof enough, but I believe this helps feed into the "video games are kid toys" notion, which many none gamers perceive. Of course, that leads to us being looked at as childish and degrades the qualities and value of games on a regular basis. Considering the biggest successes in gaming still involve a floating camera pointing a gun at things and shooting them, I'd say games still have a long way to go before most of us can even pretend the hobby actually deserves as much respect as we want it to have. I'm not saying taking pride in being a gamer is a bad thing, I do it all the time, but it helps to look in the mirror now and then.

Think for a second how many game protagonists you would actually want to hang out with, who you feel have enough depth, personality, and likable qualities that if they were real you would be happy to call them a friend. It’s a surprisingly small number when you really think about it and the sheer amount of them that are male compared to female is quite ridiculous given just how many non-adolescent and non-male gamers there are these days. No, Samus Aran doesn't count and while Jade from Beyond Good and Evil would be a good choice, remember how obscure and virtually unknown that game still remains to most gamers. Nathan Drake fills the male role of this archetype quite well, while he's killed hundreds of people they were at least all bad and he does so without the usual "bro-ness" most action titles strive for while also being a character that is likable and relatable, at least when he's not climbing trains or dangling off cliffs. This new Lara could end up doing something similar for female gamers and this is not only a worthwhile goal, but an important one for the industry I feel.  Yes, Lara's character has been famous in the past, but it was never for whom she was, but rather what she was... boobs.

While I'm no feminist and would hate for developers to compromise their creative visions just so guys like me stop complaining, it would just be really cool to see this game do well and others to follow in its footsteps. It's possibly unfair for me to dump so much pressure on my expectations of what Crystal Dynamics will deliver with Tomb Raider, but so far this years E3 has shown me that innovation and new ways of approaching game design still isn't a major goal for most studios, especially the ones spending the big bucks.

Watching the demo it does however look utterly fantastic, easily comparable to the high production quality of Uncharted (arguably its direct rival in many ways), but clearly with a more focused style emphasizing survival.  As one of the leads at CD recently stated, their goal is to make the player really feel what Lara feels when she's in danger and just barely surviving whatever she encounters, so there is emotional weight to what is happening.  I really hope they pull this off because I've wanted a survival game like this for some time and the fact it stars not only a woman but a believable non-hyper-sexualized or objectified one makes it that much better.

Now don't get me wrong, I'm no prude, I think there is a time and place for stereotypical 'male fantasy' silliness across all forms of entertainment, but considering the vast majority of successful games in the industry that feature female leads that have them either under-dressed, over-sized or devoid of any kind of personality or character this is still a rather large problem.  I really hope this game finally does what no other has managed to and given it has the Tomb Raider name and a huge team of talented people behind it, there is a strong chance it will so people need to keep an eye on it.