It’s official that Mass Effect 3 will have a four-player cooperative multiplayer mode called “Galaxy At War”.  Details aren’t in yet, but many gamers are quite excited by the prospect of fighting the Reavers alongside other players, or engaging in the as-yet-unconfirmed possibility of head-to-head combat against their friends.  While this is enticing, it’s probably not the best use of Bioware’s resources, and even if the developer had as much time and money as they like, Mass Effect 3 still doesn’t actually need multiplayer.

Electronic Arts describes the multiplayer mode as putting “Players in the role of a team of elite Special Forces soldiers”.  This sounds like shorthand for “A team of Generic Space Commandos”.  They’ll inevitably be described as “Highly-trained, Heavily-armed”, and poorly-written. 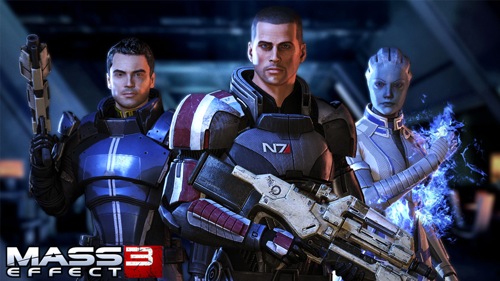 Mass Effect is Commander Shepard’s story.  What gamer wants to set aside the version of Commander Shepard that they spent a hundred hours developing, just to become a cookie cutter archetype?  While it might be fun to play as the various races of the ME setting, it would still involve giving up that hero you’ve built up through all three games.

Even though there will be six playable races (Human, Krogan, Asari, Drell, Salarian and Turian), these will not be any of the characters fans know from the existing games.  Instead of partnering with Garrus, Miranda, and Liara, the online teams saving the galaxy will consist of random Xbox handles like 420Lover69, xxxMasterCheifxxx,

Aside from creating a unique character, the Mass Effect series lets players sculpt the very nature of the galaxy. Every player gets to influence their world through many choices made over the course of the series, and every player’s version of the galaxy is The Right One.  Multiplayer will deprive gamers of their unique world, and force them to play in a generic version of the universe. 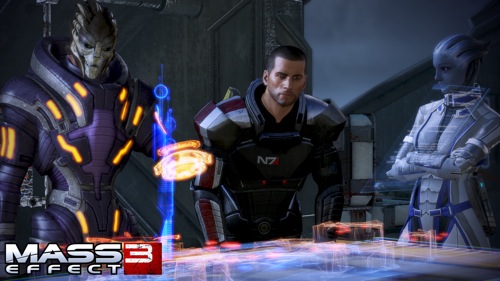 Basic gameplay mechanics, like the option to pause the game and choose which powers you’ll use would be incompatible with multiplayer.  The game can't pause every time any player want to choose their next action, and this probably means that abilities will be activated by hotkeys.  This wouldn’t be a big problem for certain builds, but if your character is built around offensive abilities like biotics, or engineering attacks, this will limit your effectiveness.

Of course, the biggest reason why Mass Effect doesn’t need multiplayer is the possibility that it’s nothing more than a stratagem to sell DLC and discourage consumers from buying used copies.  Multiplayer will require the use of an “Online Pass” that comes free with new copies of the game, but if you buy the console version used, you’ll have to pay a fee to play it online.

The Online Pass is an unnerving precedent for a game publisher to set, and it’s not so difficult to imagine the same tactic being used on more of EA’s online games in the future.  In the case of Mass Effect 3, fans can take some comfort in the fact that Bioware Executive Producer Casey Hudson refers to the Single-Player campaign as “The main event”.  Does Mass Effect 3 need a tacked on distraction from the “Main Event”?  I'm Asari to say that it does not.