Why ‘Men in Black’ Was Great and ‘MIB2’ Ruined It

Men in Black isn't the sort of movie that gets made often. When was the last time you saw a sci-fi comedy franchise that grossed over a billion dollars at the box office and has one of world's biggest movie stars as a lead? Perhaps not since Ghostbusters has such a bizarre concept for a film been met with such universal goodwill and fond memories.

So why has the lead-up to Men in Black III caused so much nervous hand-wringing and skepticism? Beginning production with an unfinished script certainly didn't help, and neither did shooting delays that broke up filming in order to get around tax breaks. But the real albatross around "MIB3's" well-dressed neck is a pretty simple one: Men in Black II kinda sucked.

Now, sequels to successful films always have their work cut out for them, and "MIB2" has picked up a rap for being far worse than it actually is, no doubt because the first film was such a hit. Expectations and fond memories have a way of poisoning whatever hopes one can have for a new take on a classic franchise, so to cleanse the palette for Men in Black III, it's time to take a look back at what the original Men in Black did so well, and how the sequel nearly neuralized all that enjoyment out of the brains of loyal viewers. 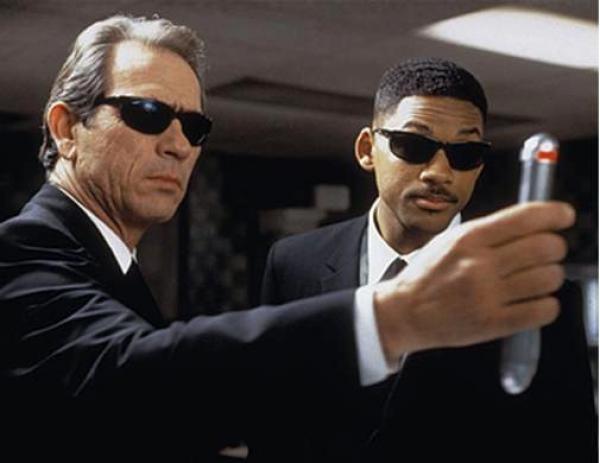 "MIB" follows rookie cop James Edwards (Will Smith) as he's inducted into the Men in Black program, a clandestine government agency that regulates alien activity on earth, which functions as a kind of interstellar safe zone for galactic refugees. His partner is Agent K (Tommy Lee Jones), a legend amongst the MIB who's seen it all, so when a giant, body-snatching cockroach comes to steal a power source hidden away on earth, the pair bust out the Ray Bans and alien weaponry to save the day. It's a fish-out-of-water story at its purest—simple, efficient and a great vehicle for comedy.

The same can't be said for the sequel, which has to open with a z-grade spoof of unsolved mystery shows just to slog through all it's exposition and setup. See, there's this interstellar war between the Kylothians and the Zarthans, and the Zarthans wanted to bring their secret weapon, The Light, to earth for hiding in the 1960s, which the MIB refused as it would give the Kylothians reason to attack the planet. Now in the present day, the Kylothian queen Serleena finds out that The Light is on Earth, which forces J to go and bring K back into service, seeing as he was the only one knew about The Light, that is, before J neutralized him at the end of the first film. There's definitely a lot more going on in "Part II," which is real drag on the film's pacing and the comedic beats, only leaving time for jokes about Balchinians, which are aliens … with balls on their chin. 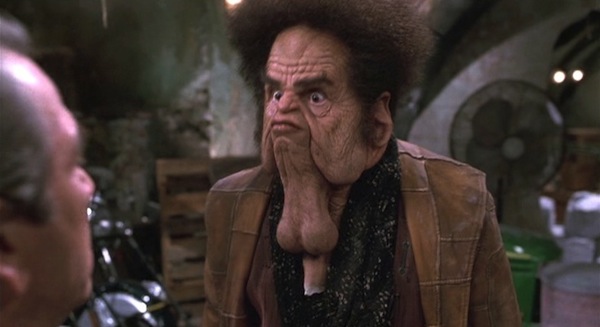 The big bad bug in "MIB" is really more of a plot device than anything. He doesn't even have a name, just the motivation to steal the space MacGuffin hidden in New York. The movie isn't about him though, it's really about J and K's relationship, so the Bug is present mostly as an antagonist. But the filmmakers manage to make him into a really funny one, as some of the best gags involve Vincent D'Onofrio as the Bug-infested Earl trying to act human despite having a 10-foot pest wearing his gradually decaying skin.

"MIB2" has a hot lady. Sure, Sarleena and K share a history, but having her be a shapeshifter that uses a Victoria's Secret ad as the basis for her disguise speaks to just how little mileage the writers got out of the character that's unrelated to cleavage. Even using a Sears catalogue as the inspiration for her appearance would have made for a funnier villain; a posh living room with tasteful carpeting on a rampage would have had far more comic potential. 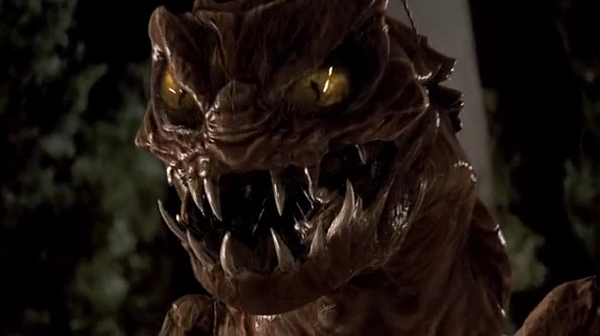 The conceit that aliens are living undercover on earth and that most of them are in New York is actually a pretty clever one. With all the weirdos major metropolitans seem to attract, it's no surprise that J accepts the existence of extraterrestrials without much difficulty. A lot of the fun in "MIB" came from the reveals, like when K blows the head off of a skeezy pawn shop dealer only to have it grow back. The aliens were well designed too, showcasing the kind of variety and inventiveness that legendary effects artist Rick Baker was known for when he was hired to come up with all the various creatures.

Then "MIB2" had to go and spoil it all by making everyone an alien. K claims in the first film that there's around 1500 visitors living on earth at any time, which seems like a lowball when his new job at a postoffice in "MIB2" has him working alongside no less than four aliens that have decided to set up shop in the countryside. Even a cockroach is shown as having intelligent life, which makes the film less a question of "who's an alien" than "who isn't?" While it's great that Baker was given more opportunity to flex his creative muscles, it takes away from the thrill of seeing a new monster design when they're just thrown at you every two minutes. 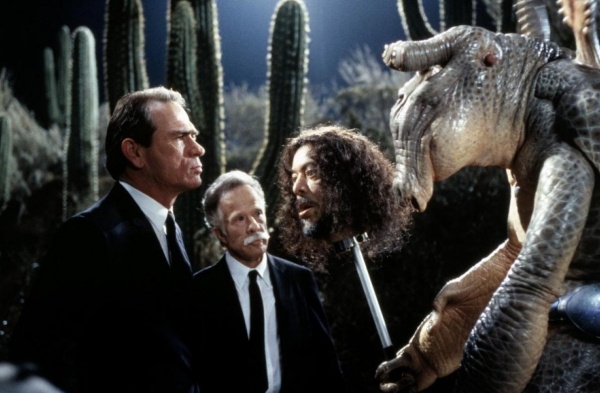 What helps separate the "Men in Black" franchise from other comedies is its scope. Instead of being a buddy cop movie that just happens to have aliens in it, the original actually touches on some pretty cool, even vaguely existential ideas about the existence of life in the universe and how we understand it. This is laid out pretty clearly in a great speech K gives James before he joins the program, as well as a pair of interesting plot twists later in the film. The first involves the power source everyone is chasing turning out to be a galaxy housed in a container no bigger than a fishing bobble. Then they go the other direction at the very end, pulling the camera so far back that we see our planet, solar system and galaxy are themselves contained in one of many pearls and swirls possessed in some unknown entity's marble bag.

It's pretty heady stuff for a 90-minute comedy, but it underlines the films commentary on human perception. The sequel tried to recreate both of these little twists, but with far less inspired results. The Light in "MIB2," as it turns out, is actually a person, Lara (Rosario Dawson), who turns out to be an alien fathered by K and a Zarthan princess. It's a revelation that raises an alarming number of questions, such as why does she look like Rosario Dawson and not a hybrid human-alien? Why would her presence on earth lead to its destruction, other than to give a reason to recreate the ticking clock placed on finding the galaxy in the first film? And why does she control the weather, for seemingly no other reason than to give us the cringe inducing line "it rains because you're sad." What if she gets food poisoning, should we worry about what that'll do to the forecast? Even more confusing is the final reveal, which suggests that MIB headquarters, maybe even New York, is contained in some alien train station locker, which is as clumsy and head-scratch worthy as the first film's stinger was intriguing. 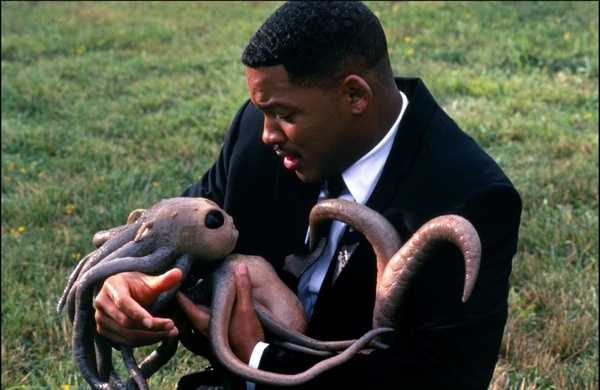 OK, so this comes down to personal taste, but the song "Men in Black" is just better than "Black Suits Comin.'" Millions of kids wrecked their VCR tapes fast forwarding through the credits just to see the music video at the end of Men in Black. The same can't be said for Men in Black II, but it sounds like "Bohemian Rhapsody" compared to Pitbull's "Back in Time" from "MIB3." Seriously, 10 percent of the song is the word "baby," which maybe Will Smith could have pulled off, but Pitbull is no Will Smith. A '60s-era duet between Tommy Lee Jones and Josh Brolin would have been better. 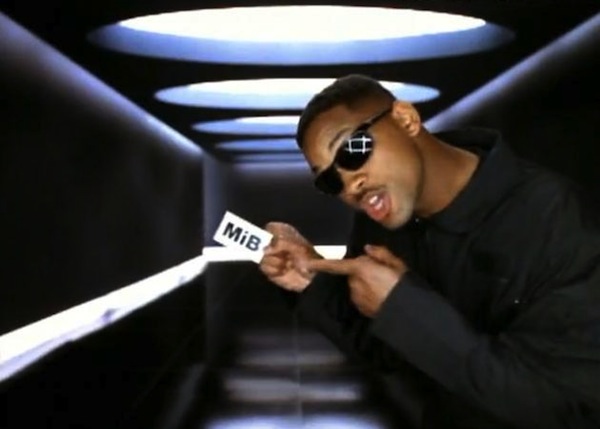 Despite being such a busted attempt at recreating the magic of its predecessor, the sequel likely gave director Barry Sonnenfeld and the stars some perspective when approaching the third film nearly a decade later. Hopefully "MIB3" live up to the original's high bar, rather than be left in its shadow along with "MIB2."