Will EA’s Origin Service Be Able To Match Steam?

It was hard to predict Steam's success after their 2004 launch. Now with 25 million registered accounts, Steam's service allows you to buy and download over 1100 games. Some would argue that Steam's success is due to Valves' solid support, great deals and non-intrusive DRM system.

When Steam released their first game Half Life 2 in 2004, their primary competitor was Direct2Drive. Since then, EA and other digital distribution platforms have entered the market. EA is about to compete with Steam’s market share by rolling out Origin, their new digital distribution service.

Steam's interface has come a long way since the service launched. In April 2010, they had a major UI overhaul which put them ahead of their competitors. Origin's UI quality is somewhere between Steam and Games For Windows Live. EA tried to make Origin look much ‘sleeker’ than Steam. Despite that, however, Steam's interface has a few niggles that bothered me including inconsistent loading times and the requirement for you ‘refresh’ your games library when you add something to it. 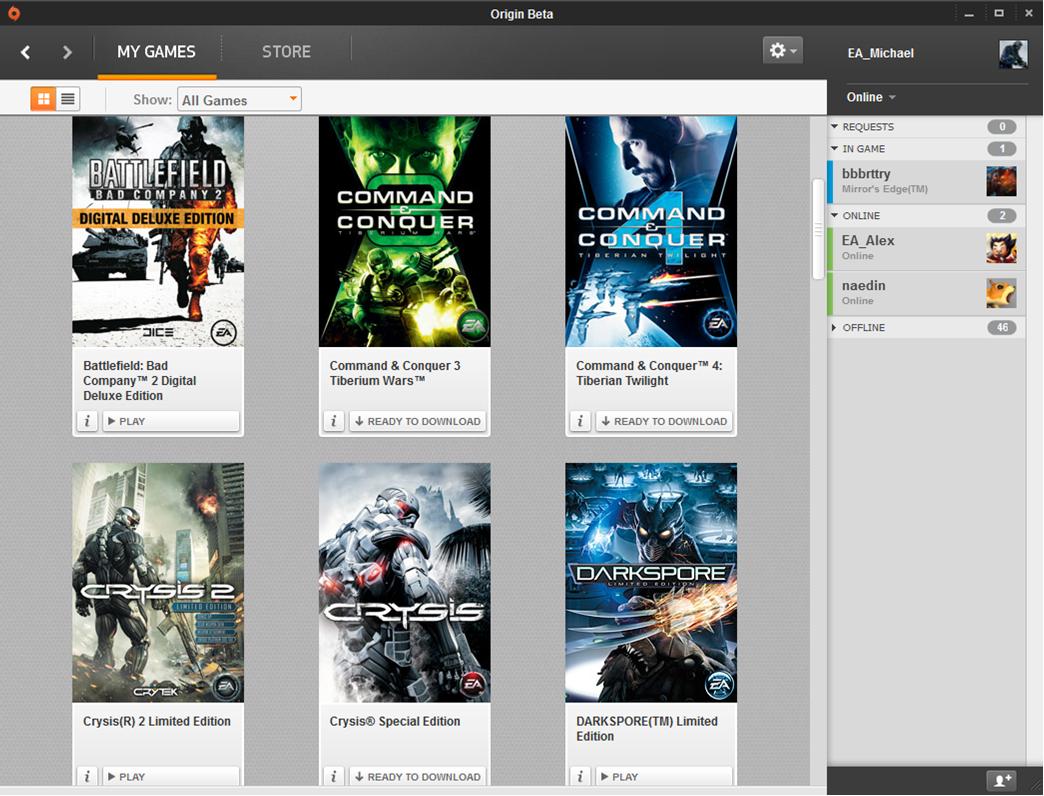 EA will need to either get additional publishers with Origin or get more exclusives to fully compete with Steam's services. EA is on the path of adding more, as they rececently announced Battlefield 3 and Star Wars: The Old Republic will require Origin. Unlike Steam, Origin allows you to buy points cards for various games as well as some exclusive DLC for EA games. Thankfully, EA lets you activate a lot of the EA games you may already own on Origin, regardless of whether you’ve activated them elsewhere. 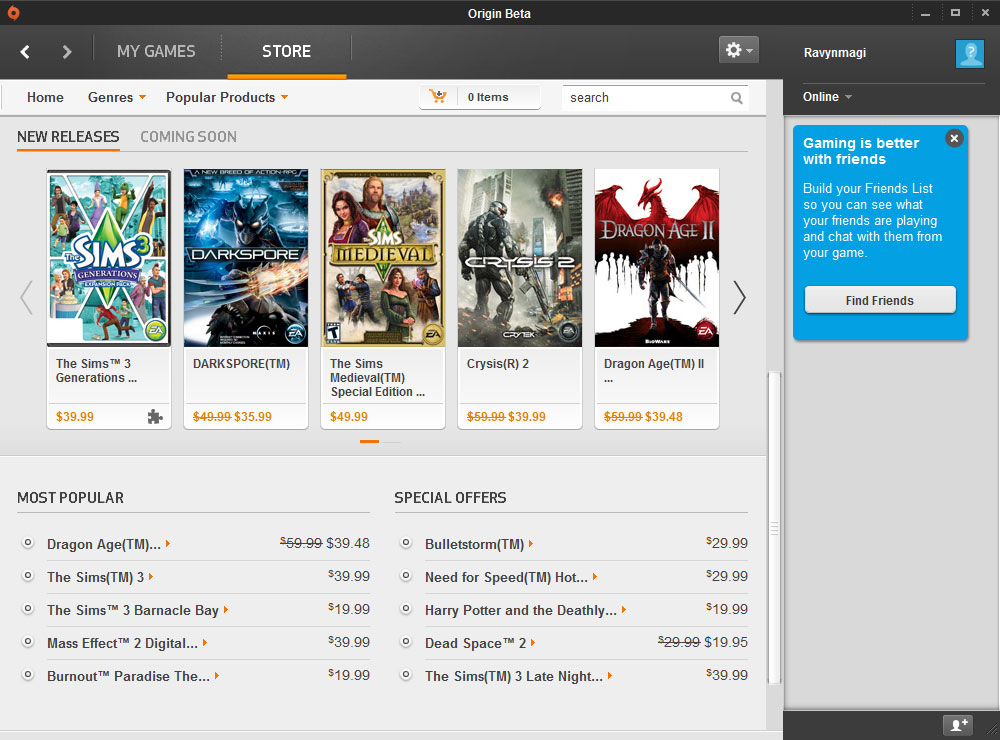 Steam's community options are advancing. Recently, they enabled their players the ability to take videos and screenshots using their in-game Steam UI. While Origin lacks any of that support, they allow you to link your Origin account with your PSN and Xbox Live account in order to find friends on those services, who are also on Origin. It's a neat feature. It's a shame that Steam doesn’t provide this service. Much like the interface disappointment described earlier, I found a few niggling issues with Origins community features. Something that surprised me about Origin, is that they don't provide achievement tracking yet. Additionally, when you create your Origin account, you aren’t able to use any sort of custom avatar. You are forced to use avatars EA gives you access to.

Origin doesn’t appear to be a bad service. If they intend to compete with Steam, however, they must get more exclusives. If not, Steam's constant barrage of sales will continue to outpace them.