Will Fox Bargain with Marvel for Time on ‘Daredevil’ Reboot?

By: Steven Chaitman | Movie News | August 6, 2012
***UPDATE: Deadline reports that talks within Fox are not about giving Marvel Galactus in exchange for time on Daredevil, but about whether the studio should completely give up on Daredevil and let the rights revert back.


Previously: The clock is ticking on 20th Century Fox's reboot plans for Daredevil. If the film doesn't enter production by Oct. 10, the character's rights will revert back to Marvel. But while fans of Marvel Studios' superhero films are licking their chops at the possibility of Matt Murdock being back where he belongs, the studio has a slightly more interesting strategy than watching Fox scramble.

According to Variety, Marvel has agreed to talk about extending the reversion deadline if Fox is willing to return the rights of a couple other major players in the Marvel universe that the studio currently owns — Galactus and the Silver Surfer. 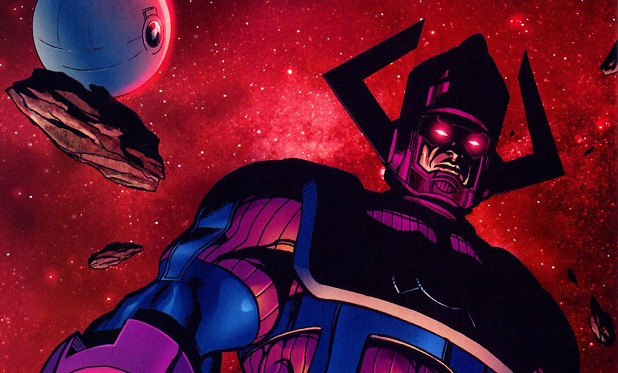 If you just got a little faint of breath, that's understandable. Considering Thanos is already in the works for The Avengers 2, if Marvel wants to continue stepping up its game in future films, having a world-devouring giant and his sleek alien herald back in their creative control would mean big things for future Marvel movies. At the same time, Fox could possibly be sacrificing the potential of its upcoming Fantastic Four reboot with Chronicle director Josh Trank to lose two of that property's biggest villains.

The current state of Daredevil is that Fox is pursuing The A-Team and The Grey director Joe Carnahan to make what its calling a "Frank Miller-esque, hardcore '70s thriller" take on the hero. Nice. As much as that would get hardcore comic fans geared up, it would certainly be a much more financially risky move. But if that's the script Fox has to work with, they need to start making the film or risk losing the rights — unless they strike a deal with Marvel.

Carnahan has yet to receive an offer, so everything remains up in the air to this point, but with just barely more than two months until the deadline, expect some movement shortly.