Will We Ever Play These Old Games Part 2

This is the second half of the PC department’s feature on our backlog of games and whether or not we think we’ll really get around to playing them someday.  Check out the first half, in which Mark Quinlan and Fergus Halliday discuss Planescape: Torment and Unreal Tournament 2004 HERE.

X-Com UFO Defense is known as one of the greatest PC games of all time, and like the mainstream puppet I am, I never played it until I saw a top 10 PC games list, and then only when it was on sale at Steam. Since it's so highly revered by the PC gaming audience, a crowd I respect, I have high hopes for this game.

In case you don't know, X-Com UFO Defense is a planetary strategy game, with base building, money management, unit training, and research during non-combat sections. Once a UFO lands, crashes, or terrorizes a city, you have to go on the ground with an isometric perspective, controlling a squad of soldiers to explore the environment and kill/capture enemy aliens. It employs a fog of war system in combat sections as well. This is stuff that any old-school PC gamer knows about. 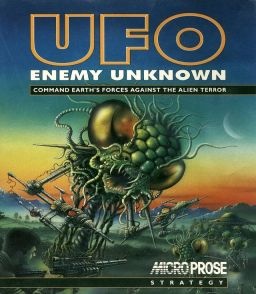 The degree of control that you get when playing X-Com is great, from the large amount of orders you can give your squad on the ground, to all the research, strategic, and financial decisions you can make. Of course, this is a bit of a double-edged sword, as the gameplay is about as accessible as the Great Wall of China back in feudal times. There's no tutorial, no controls menu, no guidance. This deterred me at first, but after I learned the basics (as in playing the first 15 minutes four times in a row), it was addictive and incredibly satisfying. My only problem with the game so far is the combat. There are some really deep strategic elements here, but it's just not as fun as controlling the resistance against the aliens from a macro perspective. That being said, I'm still excited to play more, and the only thing stopping me from playing more X-Com is my schedule.

Will I Play It?  YES I'll definitely play this when I have the time, though.

Back when Baldur’s Gate II came out, I was playing Dungeons & Dragons in its pencil & paper incarnation. Because I was playing with actual live humans in the same room, I just didn’t have much interest in playing a D&D game on a computer.  That’s why this classic Bioware title has been sitting on my shelf for years.

I own a few older D&D games that I haven’t gotten around to playing, but Baldur’s Gate II is generally considered to be the finest, so I popped it in my PC and tried it out for a few minutes.  The first thing I noticed is that, even though I never played the first Baldur’s Gate game, I still know enough about late 90’s D&D to follow its storyline about The Time Of Troubles. 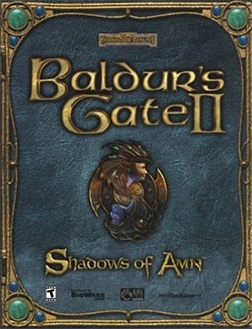 I’ve played every game Bioware made after this one, and I’m very spoiled by their modern character customization system.  I felt a little constricted by the limits on appearance, as well as the strict adherence to the Dungeons & Dragons setting.  Once I got into the gameplay, my first thought was “Holy crap!  That’s David Warner doing voicework”, and I started to forgive the game for any problems I had encountered.  The game starts with your player and several old friends locked in a dungeon.  Having not played the first game, I had no idea who these people were. Fortunately the game uses Bioware’s story-telling techniques with several dialog options for every conversation, and one of them is “I don’t remember anything.  Who are you?”

I quickly learned that I like Minsc, and his hamster Boo.  The other party members also seemed like an interesting bunch, but they didn’t say anything that made me laugh out loud like “Do not make me add your ass to the kicking list”.  I was only five minutes into the gameplay and I loved the world and its inhabitants.

Then came the process of equipping my party and fighting bad guys.  I was too smug to play the tutorial, and I forgot to rest so that my sorceress could learn her spells.  I had also picked some snarky dialog choices and chased away Minsc, so when I entered my first combat I had a tough time. On top of that, I found the inventory system and interface much less functional than Bioware’s modern games.   After a total party wipe out, I was embarrassed, but still loved the game.  I resolved to return to BG2, after I play the first Baldur’s Gate, and learn the tutorials.

Read about Jonathan Gann and Wojtek Janda's time with Avernum and Stronghold in the final part of this series.