Will We Ever Play These Old Games Part 3

By: | PC Features | March 3, 2011
This is the third and final installment of the PC department’s feature on our backlog of games and whether or not we think we’ll really get around to playing them someday.  You can read about Charles and Ari's experiences with Baldur's Gate II, and X-Com UFO Defense in the second part of this series.

Avernum is a little-known isometric turn-based role playing series by indie developer Jeff Vogel and his company, Spiderweb Software. The series as a whole, and its story-based predecessor, Exile, was developed initially for the Macintosh, then later ported to Windows. The game revolves around a large set of underground tunnels known as Avernum (or Exile, in the previous series), where a tyrannical Empire has been teleporting unwanted members of society as a sort of underground penitentiary. The game is turn-based, with separate travel and combat modes, as well as an overworld map that is separately traversed over long distances. I have fond memories of playing Exile in high school, when goofing off in my Graphic Design class.

You are placed in the game world after creating a party of 4 characters, with a variety of skills and abilities to choose from and adjust. You are given vague direction, with the game mostly letting you explore at your leisure. Eventually, as you move towards the goals of the main quest lines, you begin your travels to save the underworld of Avernum from demons, and to eventually liberate it from the Empire that constrains it. 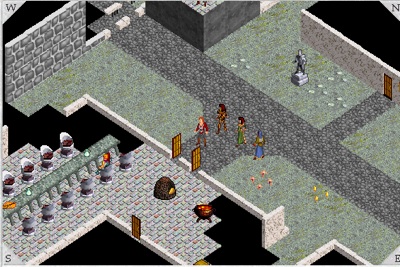 As an RPG, Avernum and Exile are definitely classics. Even for the time, the graphics were somewhat crude, but the gameplay is what makes this series great. It was almost completely open ended, usually giving you several paths to an objective, and rewarding (and sometimes punishing) you for exploring an area extensively. Oftentimes I would find a secret passage, save, and go on to find a valuable item, only to find myself ambushed by powerful demons on my way out. The game makes sure to pace equipment with your level gains, while not exclusively leveling found items and gear to your party. It also has incredible storytelling and a rather intuitive interface by the era’s standards. There is little replayability, however, as very little changes from play through to play through. The games are relatively long, though, and very well priced. Again, the graphics and sound are somewhat crude, but they do a sufficient job as a medium for the gameplay and storyline to entertain you.

Overall, I would still recommend Avernum to anyone who wants a wonderful hardcore RPG experience, though pedestrian players need not apply.

Will I play it? YES

My brother had a big phase of playing strategy games in which you have to build a functioning kingdom from the ground up. When he found out about Stronghold a few years after it came out in 2001, it reignited a hunger for being that medieval ruler. I figured that I might as well see what made Stronghold tick, and if it could be a game for me.  The intro video I was greeted with when I first booted up the game provided the groundwork for what I ended up thinking of the entire experience. The awful/awesome voice acting and animations best described as “gooey” immediately put a smile on my face. I knew that I was in for a game that meant for its surroundings to be taken seriously, but in itself, isn’t very. 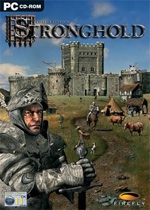 After playing through the tutorial, it was clear to me that this is not a strategy game in the vein of StarCraft 2 that I’ve been playing for the past 7 months. All the buildings rely on each other in some shape or form:  I had to have a Stockpile so that my woodcutters could place their finished lumber there, the fletchers had to have access to the Stockpile so that they could get wood to make bows; there has to be an armory so that the bows can be stored somewhere. While this might seem like quite a bit to grasp, after playing some of the main campaign they seemed to ease in the new buildings and units rather smoothly.

Speaking of the campaign, there are two: a military campaign and an economical one. The military one seemed to be the one that was focused on the most, as the economical campaign’s mission select screen only shows 4 slots, while the military campaign is around 20. The military story is pretty typical; you are the son of some Lord, and people decided to overthrow the King that your father was fond of, and your father was killed, so now you have to gather the people that are still loyal to the first King and reclaim the land, all while taking revenge for your father’s death.  The story progresses in between the missions, with little scenes that use two portraits talking in bad accents.

The game looks really nice, with hand drawn graphics and a rather easy UI. The combat is simplistic, and at first didn’t work at all for me because I kept right clicking to move, when you actually have to left click. It’s mostly about having your units at a higher ground than your enemy, and making sure that they don’t wander into your stronghold and start ripping at your villagers.

There was something very rewarding about setting up walls around your keep, putting your archers up on them, hearing the “enemies are coming” alarm, than watching them all run the other way after your archers shoot a blanket of arrows in their direction. That is why I will definitely be playing more of this game.

So, what moldy, forgotten gems are waiting around in your backlog?  Let us know in the comments below if you really intend to play them.