Will We Ever Play These Old Games?

We all have that shameful backlog somewhere in our house; a stack of old games that we bought on impulse years ago, but never got around to playing despite the fact that we just had to own the thing.  Then there’s all of those games we started playing and kept meaning to finish off, but were constantly distracted by the latest installment of Call of Duty.  Well, Player Affinity’s PC crew pried open our chest of neglected classics and had another go at them to see whether or not we’ll ever play these old games.

Mark Quinlan-  Planescape: Torment
When I started up Planescape: Torment for the latest attempt at getting through the text-heavy game, I did a great deal of research on the lore and background of the plot and setting. I’ve tried to complete this game many times, but mainly due to the multiple CDs required for its use and slow pace of story development, I’ve put off completing the game and often leave it altogether. Now that it’s available (and admittedly been so for some time) as a single DVD, I decided to start it up one more time, to finish it once and for all. 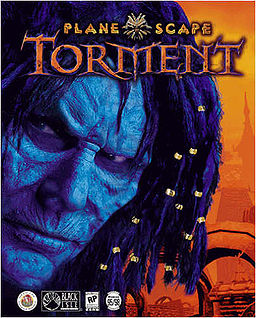 I have to say, Planescape has aged well for the antiquated engine and graphics. Rather than relying on blocky 3d that was more popular at the time, Planescape uses a heavily upgraded version of the Infinity engine that powered Baldur’s Gate, also a classic D&D title. Gorgeous pre-rendered backgrounds, well animated and more detailed character sprites as well as a great soundtrack add to the visual experience, which sometimes can be a problem when you’re playing “find the pixel” to open a container hidden in the art the makes up your environment. Load times are fast, no CD-change requests are welcome, and the game is enjoyable compared to more recent offerings.

Of course, the most impressive parts of the game are the sheer amount of background lore and information that went into the creation of the title. Pretty much every character has something to say that’s unique, and even the generic NPCs are a wealth of knowledge and can catapult you into a quest of some type. Of course, it helps to have a handle on the plot to understand the setting that you are experiencing. Planescape is a D&D setting that allows the planes of existence to casually coexist and interact with each other personally, as well as through portals that are anywhere and everywhere in Sigil, the City of Doors (the hub of all the planes).

Your character wakes up in a mortuary, devoid of memories and horribly mutilated; eventually you find that your character, the Nameless One, is an immortal of sorts and is cursed to lose his memories each time his physical form is struck down. This time, however, is different: you are able to recall your previous lives from the start of the game and must seek to find out why you are an immortal and then decide whether to remain so or venture onwards to the True Death. Don’t let this get you down though, as there is a great deal of humorous content in the game and tries to lighten the mood often.

Armor and weapons are unusual to say the least, with only three swords available and no traditional armor for you to use. Instead, you must utilize axes, clubs, hammers, tattoos, jewelry and magic fetishes to equip yourself with, as in Planescape often usefulness is relegated to the imagination, allowing for all sorts of possibilities and insanity.

I’m well on my way to finally completing this monolith of a game, and so far it has impressed me at every turn. It does have some inventory issues with stacks of things, and some other minor problems that annoyed me a bit, but it’s really been a fun ride.  Try it out!

Many PC Gamers started off by getting hooked on classic FPS games like DOOM or Quake. I was a big RTS Gamer for the longest time and as such, a little late to the FPS Party. The game that got me into first person shooters was Unreal Tournament 2004 and I remember playing the hell out of it. 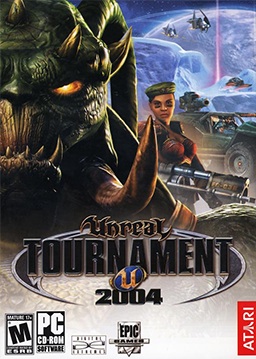 I was eager to see how the game had aged so I reinstalled it and started out with a round of Mutant and kicked the 20 AI players into Masterful difficulty.  This proved to be less than the ideal way to return to Unreal and I promptly got my ass kicked by the AI.  So I setup another game. This time I chose Last Man Standing with fewer and easier AIs.  I did much better this time round. Within a few more rounds I was back into the swing of things.

Readjusting to the fast paced twitch gameplay of Unreal was easier than I thought it would be, although getting used to not reloading my gun was a bit weird. I had also forgotten how great the soundtrack to Unreal is. After the last few years of playing Call of Duty and Team Fortress 2 it was nice to have sci-fi weapons in my first person shooters again. In fact all the weapons in Unreal are great, they all have pros and cons and all feel unique and fun to shoot stuff with.

I even hopped online for a round. It’s really surprising that the multiplayer community is still going strong after seven years. Although the game’s ever popular invasion mode is fun its pretty one-sided most of the time.  Yep, Unreal Tournament 2004 definitely holds up as the game I remember it to be.

Will I Play It? I'd certainly like to. Although Bulletstorm and Dragon Age 2 may interfere with that idea.

Check out the second half of this feature to see what Charles Battersby and Ari Runanin Telle thought of Baldur's Gate II and X-Com.