"Failing to hit the mark"
By: Russ Matthews | Movie Reviews | February 12, 2018
‘Gun control is an issue in the United States.’ If you throw that statement into a conversation at any dinner party, it will open the door to some interesting discussions. There is a passion for being found on either side of the debate and it has been addressed in the media extensively. It should not be a surprise to see this topic being the center of a Hollywood film, unless it is a historical period piece masquerading as a horror film. 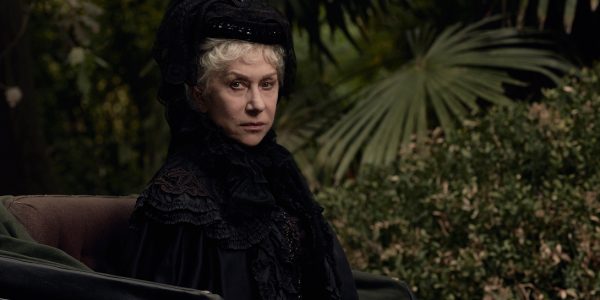 The Winchester Mansion can still be seen today outside of San Francisco and is considered to be a well-documented haunted house, as well as a tourist attraction. Sarah Winchester (Helen Mirren) was known for her unusual manner and an erratic method to home construction.  The wealthy woman was known for her belief in spiritualism and claims the purpose of the multiple rooms were for the hundred of vengeful ghosts who had died due to the use of a Winchester rifle. Being the heiress to the Winchester Repeating Arms Company that her husband had built, she had extensive resources and was still the managing shareholder in the company. In 1906, Dr. Eric Price (Jason Clarke) is hired by the company and at the request of the heiress to come and assess her mental status. The company desires to prove that she is mad and should be taken off the board of directors, but Mrs. Winchester has another plan for the recently widowed psychologist. Not long after taking on the assignment, Dr. Price realizes that what could easily be interpreted as madness is actually based on the dark spiritual beliefs of Mrs. Winchester, her family and the staff. He must determine what all of this means before he goes mad himself or becomes a believer in the entity that seems to be having such a devastating effect on the inhabitants of the mysterious house. 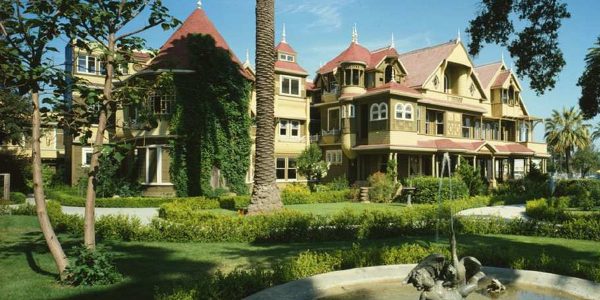 Winchester is based on a fascinating figure in American history, involves the history behind one of the most recognizable gun manufacturers in the world and has access to an exceptionally talented cast, but the whole film only manages to fire the proverbial blanks. The Spierig Brothers who are no stranger to the horror genre with Daybreakers and Jigsaw, direct this historical suspense thriller with little impact. Even with their track record within this genre, they only manage to deliver minimal frights and are relegated the jump scares that became predictable and tiresome. Despite this weakness, the supposed saving grace of this script is that they have one of the greatest actresses on the planet as the disturbing heiress. Mirren proves that even the greatest of performers are only as good as the words on the page. She and the rest of the cast are left with a weak script and even weaker direction to guide them through this production. 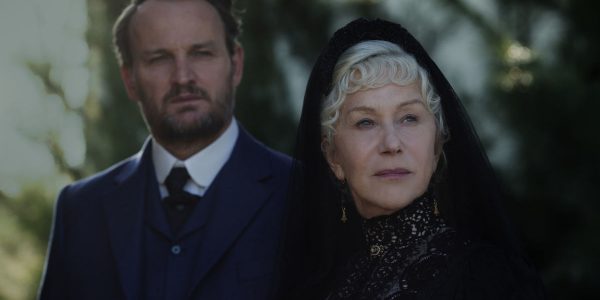 These challenges can be attributed to a lack of focus by the writers and directors because beyond trying to deliver a horror film they are attempting to make a statement about belief in the spiritual realm and the misuse of firearms. Due to this lack of clear purpose, they fail to give audiences any real reason for watching this story. The confusing and burdensome message against the Winchester rifles was evident from the first act, but the poorly executed conclusion undermines this message. Showing the impact gun violence on humanity had the potential to have a powerful message, but the finale made this whole aspect of the story to become trivial. The only potential salvation for this film comes in the debate that ensues between the lead characters on the topic of belief. With Dr. Price in one corner as the leading scientific mind who puts forth all of the arguments against belief and Mrs. Winchester who proves to have an uncanny ability to dismantle each argument, this had the potential for apologetic gold. Even though her belief was in the darker elements of the occult, she manages to help the young doctor from a position of unbelief to being a true believer. This aspect of the storyline makes for an interesting analysis of the debate between the spiritual and the physical realms, but not enough to lift this film out of the depths of despair. Winchester fails to hit any target, because of the Spierig Brothers inability to determine what type of film they were trying to create.
Rating
2.0
Pros