No, you're not reading that sidebar wrong. OK, you're probably not even bothering to read the sidebar, but if you did give it a glance you would see this issue of Witchblade is published by Dynamite Entertainment and not Witchblade's usual publisher Top Cow. Does this new publisher take Witchblade into a new interesting direction?

Witchblade: Demon Reborn #1 is the first in a four issue mini-series that "takes place shortly after" Witchblade: Demon #1, a short one-shot published by Top Cow all the way back in 2003. Now, almost ten years later, we see the bearer of the Witchblade, Sara, is going to have to deal with her "demon" once again while having to deal with a rapist. 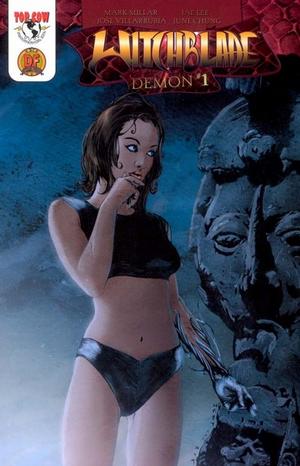 Witchblade: Demon Reborn #1 is confusing, but takes steps within the issue and hopefully will continue to move forward in future issues to fill the gaps. The narration is confusing in the beginning, with the narrator not having a clear identity. At first you think it's either Sara speaking the third person about herself, then maybe Gleason. To save you some confusion, it's neither of them. By the end of this issue the narration comes full circle and we find out the identity of the speaker, so don't let those confusing first moments take you out of the story like they did to me.

There are also several moments revolving around different characters that seem to have no place in this mini-series, but with time they should all fit into place. I'm hoping the opening panels, which showed Sara taking care of her sister's daughter, will lead to something sinister in the future, but at this point I can only cross my fingers. That's what makes all this confusion and the gaps in the story both frustrating and effective: it's hard to review this mini-series before completion with so many questions boggling the readers mind, but it makes the next issue all the more enticing to read and fill in one more gaping plot hole. It may help readers if they read Witchblade: Demon #1 reprinted in the back first to get some perspective on the story. 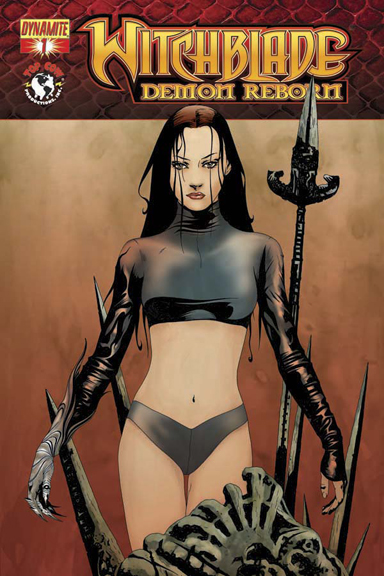 The story in Witchblade: Demon Reborn #1, while not being confusing with panels seemingly leading to nowhere, feels in part like it could be on Law and Order: Special Victims Unit... until the demons show up, of course. But at first, this issue feels like an SVU episode. Sex crimes cops are called in to help a woman who was repeatedly raped by a man, then Sara catches him leading to a brief trial. So far, this sounds like a re-run on SVU. That's really interesting when interspersed with demons, and I'm left wondering how they are going to weave the SVU plotline with the demonic one, which, as a mini-series, it needs to do. There are multiple ways it could go, and that again makes me all the more anxious to see more. The story also introduces a moral dilemma concerning whether or not it's right to kill. Again, this is starting to become a story old as time, previously featured in the movie Superman vs. The Elite, but the story is doing something interesting with it having Sara kill one man and not the other.

Jose Luis does the artwork for this issue with Vinicius Andrade as colorist. There are a lot of shadows on characters torsos and faces and a lot of over lining in some of the backgrounds and on the characters faces, combining with the shadows to create some bland and awkward imagery. There are some unique designs. The over lining works to the advantage of one character, who's face is burned, and another whose demonic form is partially revealed for only a panel, making her look like a sexy version of Two-Face... well, half sexy.

Despite being published by Dynamite Entertainment, the publishers clearly have respect for the material to the point where they reprint the piece they are collaborating with. This is an interesting start to a mini-series that could honestly go either way at this point depending on what direction writer Ande Parks decides to go with the plot. Until then, while this may well be worth the money, especially since it reprints a 13-page one-shot story and the newer story feels very long because of all the dialogue and bits of narration, I would wait until the next issue to see what turn the story will take. 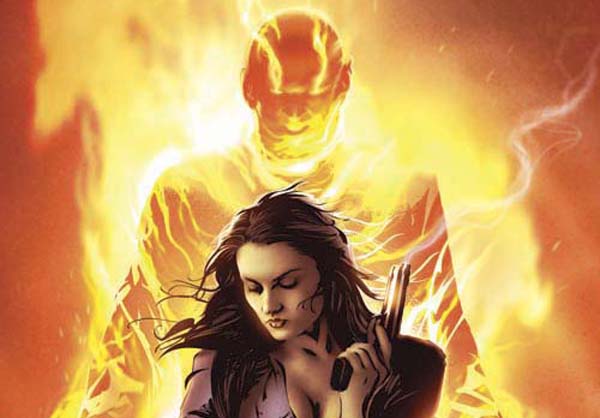 For more about Witchblade, read a review of the current ongoing series here.