"Helen Mirren is Golden"
By: Steven Armstrong | Movie Reviews | April 14, 2015
Based on the well-known and much publicized true story of Maria Altman, an elderly Jewish refugee, who along with her young attorney E. Randol Schoenberg, fought the Austrian government tooth and nail for nearly ten years in an effort to get back a painting that was originally stolen by the Nazis before the start of the Second World War, Woman in Gold, for all intents and purposes is an oversimplification of the story behind the painting. The question is, does the fact that it oversimplifies threads of the story take away from its merits as a film? When looking at how to condense a story that spans decades down to two hours or less, there will almost always be challenges in terms of what to keep and what to cut. What is and isn't important. If it is important, how much do we need to get the gist of the story? For the desired effect, do we need every single intimate detail? Not necessarily. For instance, Maria Altman had four children, but not one of them is mentioned at all. Nor the fact that her husband Fritz Altmann was once arrested and held hostage at a concentration camp before the two eventually fled to America. Important and interesting bits of information that could serve to deepen the story and make it more rich. This film forgoes anything that could weigh it down and opts for a lean approach, telling two stories: one dealing with Altman's quest to reclaim what was stolen from her, and the other dealing with the relationship between Altman and her attorney Randol Schoenberg, which serves as the heart of this story. 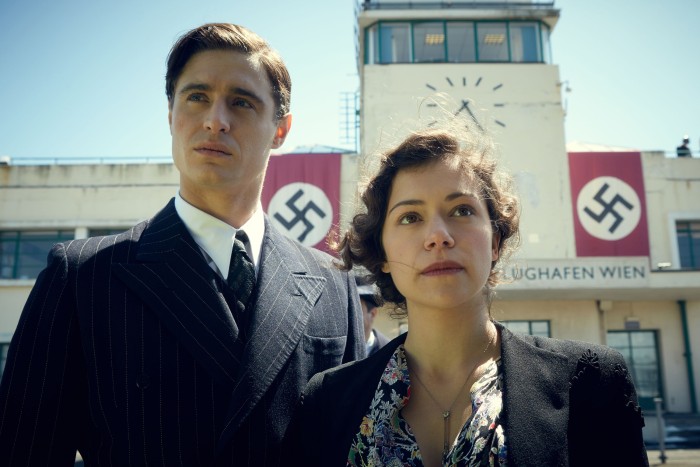 This film is loaded with great turns from supporting cast members like Jonathan Pryce, Daniel Brühl, Justus von Dohnányi and Antje Traue, but Helen Mirren is the real woman in gold here. This is her show. She may be well into her golden years, but she is no less youthful. A real pro, she makes us feel the weight of Maria's past and the tragedies she had to endure. Decades after fleeing Nazi occupied Austria and making a new home in America, the ghosts of her history still haunt her and Mirren is unsurprisingly remarkable in the ways she displays this. Mirren also manages to infuse a razor sharp wit and a sound sense of humor into Maria, which seems to have done justice to the woman she actually was in real life. One could see how anyone could become taken with this lively woman. Mirren's co-star, Ryan Reynolds, turns in fine dramatic work as attorney Schoenberg. This role is both a departure from what we are used to seeing from him and a slightly repackaged version of characters from some of his earlier work in which he stars as the young rookie (insert professional title here) being partnered with a more experienced character. The difference is that some of his earlier films in the "rookie genre" were not dramas as this one is. So, you might say that he is playing the same character with some dramatic beats thrown in. It may not be Oscar level work for Reynolds, but it is definitely a step in the right direction. 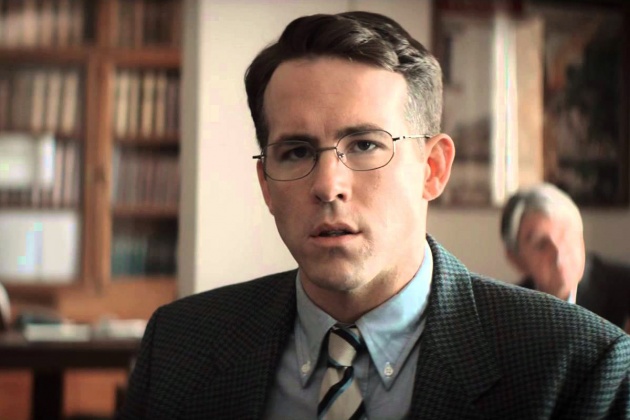 Woman in Gold contains wondrous cinematography, everything is captured in a manner that is very strong, though not enough of Vienna is captured to really put us there firmly. Rather, just enough is shown to give us a sense of place, but that's about it. It almost feels like a simple set change on a stage, which doesn't do much beyond giving us a mere glimpse of where we are in the story. The color palette of the film is also noteworthy, if only for the fact that it is noticeably distinct when the film moves between the past and present. The present day colors are vibrant, but not so rich that they bleed off screen. The flashback scenes however were subtly muted. The color tones were bare, making the scenes look like the joy and happiness had been slightly stripped, which felt particularly appropriate both for Nazi occupied Austria and also as a subtle way to foreshadow that the dark storm-cloud of the Nazi regime would come and change everything. 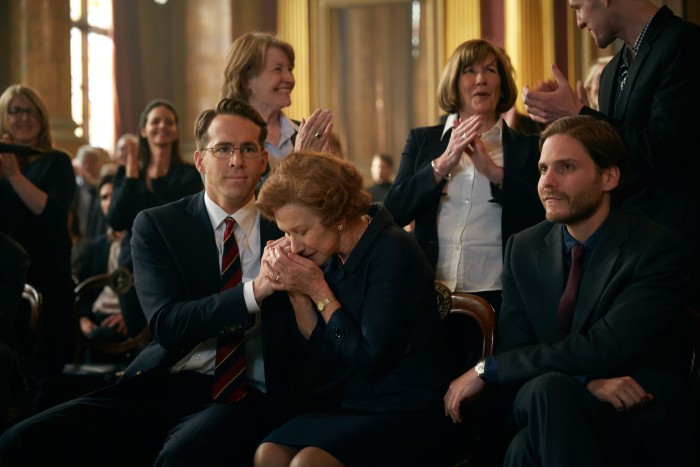 What is this movie really about? In many ways, it is a kind of love story about an unlikely pair from different generations and different motivations, at least at first. Their Austrian heritage is a similarity they share and only one aspect the ends up bonding Maria and Randol. There is a tremendous amount of trust and genuine care on display between the two characters, which allows us a way in to care about not just Maria as a refugee, but also a human who has as much a right to justice as anyone else. It's probably safe to say that as inspiring as this classic David and Goliath story is by way of Maria's boldness and courage to face her past, it doesn't work without the relationship between Maria and Randol. Thankfully, the pairing is successful.
Rating
7.0
Pros