The panel begun with Cory, the Marketing Director for Oni Press announcing the following, “Panels are boring and Oni Press Panels are not boring so raise your hand at any time to ask a question or make a comment.” This was like no other panel I’ve been too and was very fun because of that. I’m going to keep the recap pretty loose and leave it the way that it played out so that you can get a better feel for it. The panel consists of Rapper Adam WarRock, Tyler Crook and Brian Hurtt.

They talk with Adam about the mixtape, while playing the mixed tap. The tape is nerdcore rap and is all about Oni Presses books including KO Super Pro, The Sixth Gun, Salt Water Taffy and Hopeless Savages.

Adam said it started off as a joke when the publisher asked about, but then it started becoming serious then made a track about the Sixth Gun and KO Super Pro. It really came together when he started finding the right beats for the songs. Adam continues saying it seemed like a no brainer to do a project like that, but had approached other companies and they either didn’t respond or said they did not want to have anything to do with it. 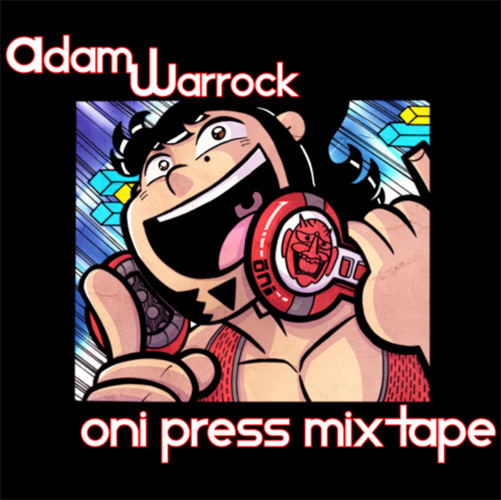 Brain Hurtt – I’ve had people tell me that they started reading the book Sixth Gun because of the rap.

You can get the mix tape from AdamWarrock.com for free! (Which I did and it’s pretty damn good!)

Q – What made you pick the books you did?

Adam - Used to co-host a podcast on Comic Alliances, whittled down the list and some made it just because I had an idea for it or others didn’t because I couldn’t come up with an idea or find the right music.

Every Friday he puts his notes on a song on the blog and his back story of how the beat was chosen and his interaction with the creator.

Adam use to practice law and has been called the Daredevil of Music.

At this point I’m not cleaning up this post since it’ll be impossible to recap this any other way.

Two books coming out in October that is all ages and full color.

Power Lunch – About a boy who discovers that what he eats gives him powers. Carrots allow him to see through walls, apples make him indestructible. His mother tells him he’s allergic to everything to keep him from discovering it.

Sketch Monster is about a girl that draws her feelings in a book and then the monsters she draws escape and she must capture them.

Courtney Crumrin Tales – The League of Ordinary Gentlemen coming out in May.

The Tooth - Is an impacted molar that comes out of a guy’s mouth and fights monsters. It’s every comic your mother ever threw away. Its very man-thing 70’s horror style comics and pay homage to those types of books in that era.

The book started off as a conversation between the two Six Gun creators on a road trip to Chicago talking about those types of comics that they used to read as kids. Hurtt said it sounded like a terrible idea, but that the end product which releases on May 25 is much better than he could imagine.

One Soul – Took the author Ray Fawkes a year to figure out how to do it; then another year to figure out how to draw it. Each of the eighteen panels on the page are their own character panels. And it’s the same character in the same panel on each page and the comic goes from each characters life to death. Basically you can read just that characters story or you can read the book like normal. I can’t even recap this but it’s going to be amazing.

It received a star (which is a big deal) on Booklist.

Cory the marketing director has read the book 6 times and actually hates three of the characters, but he’s that passionate about the work.

Sixth Gun – Being described as Lord of the Rings in the west. Went through several pages of Sixth Gun and picked the panels to showcase Hurtt’s visual storytelling abilities.

Hurtt said that the gator is twice the size as the one described in the script; hates drawing chains because of the sixth issue. Now he hates drawing owls. Joking about writing about a giant owl made of owls wrapped in chains.

First trade paper is out for The Sixth Gun and volume two comes out in June. 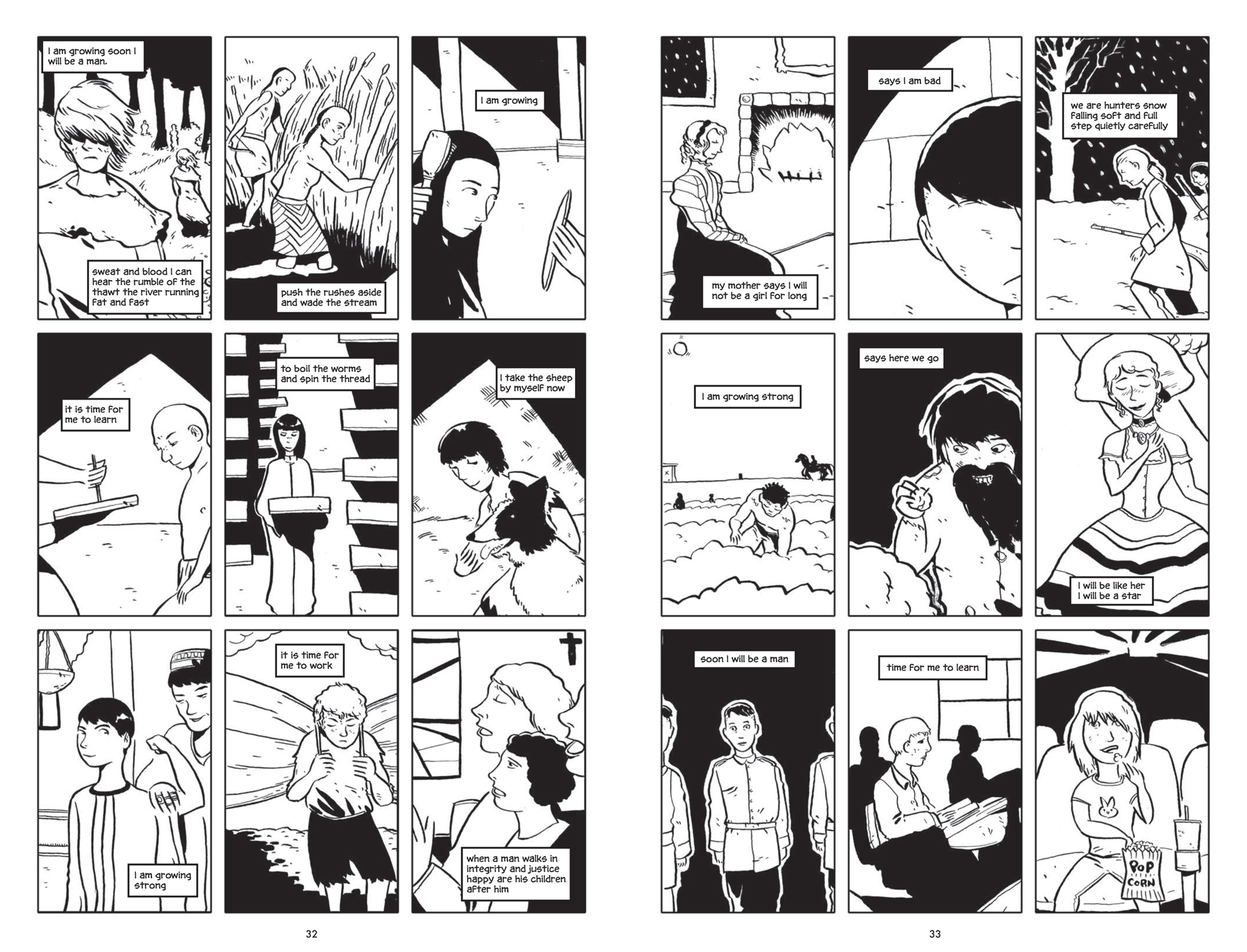 Hurtt penciled, inked, colored and lettered the book himself for six months on time. It only takes a break for the trade. Which is actually very impressive in comics.

Petrograd by Philip Gelatt Tyler Crook - A fictional tale of the assassination of Rasputin based on actual new info that the British government created spies in order to kill him and this was before spies existed, which basically means they created it during World War I.

Tyler Crook is the new artist on BPRD and Petrograd was his first published work. Was working on Petrograd and showed Mike Migola at Long Beach Comic Con. Mike told him to befriend him on Facebook. Went home excited to send him a request and found one from Mike already in his inbox. Art took 2-1/2 years with a day job. Used his own memories of Prague and others were more exact from photos for the art.

The scene in which he the plot to kill Rasputin was tough to do. Tyler would wake up and draw his death sequence for 8 hour and go to sleep and wake up and do it again. Finally he was like, “This guy won’t die!”

Tyler Crook is doing the 14th issue of Sixth gun.

Petrodgrad, BPRD and Sixth Gun 14 all come out in August.

Q - Was Rasputin modeled on Alan Moore?  That was a running joke he had, he used to say that it was

Alan Moore after being told they were doing a Watchmen 2.

Yes, that’s water color. (By the way it looks great.)

That basically wrapped up the interactive panel since there was a lot of just extra stuff happening that escaped my recap. Very fun and great to hear about the titles coming from Oni, hopefully we have coverage of most of these titles.