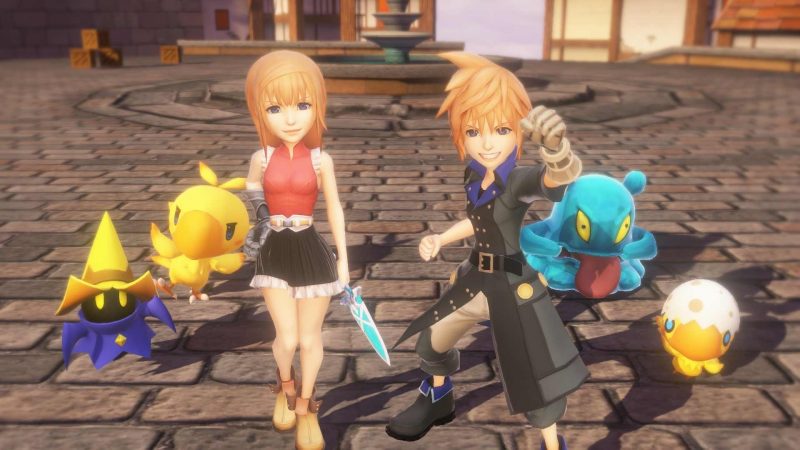 Protagonists Reynn and Lann, backed by Mirages[/caption] Chances are, if you have even a passing knowledge of video games, you’ve played (or at least heard of) the Final Fantasy series. Heck, even if you don’t play video games, the series’ longevity has made it a familiar title for gamers and non-gamers alike. The franchise spanned dozens of core games, spinoff and mobile games, movies, and anime. Next year marks the 30th anniversary of the series. It’s fitting that World of Final Fantasy is a love-letter to the series and it's place in gaming history. World of Final Fantasy is a RPG developed by Tose and published by Square-Enix that was announced at E3 2015. It was intended originally as a celebratory title to mark the series’ anniversary. At the same time, it was meant to be a friendly and more casual-oriented game aimed at younger audiences that wouldn’t be able to connect with or enjoy the upcoming behemoth, Final Fantasy XV. As a contrast to XV’s complexity and tone, World of FF is a successful celebration of color and cuteness. As a title aimed at series newcomers, however, it falls a little short. It finds itself muddled in a complex but bland story full of cameos and references only long-time fans can truly appreciate. World of Final Fantasy tells the story of two siblings, Lann and Reynn. They travel to the world of Grymoire, a mystical land housing locations, events, and characters from a number of Final Fantasy titles all smashed together. The inhabitants of this strange land are called “Lilikins”, cute little chibi characters with big heads and little bodies. Lann and Reynn arrive in this world as “Jiants”, since their proportions are a little more realistic. A side note on Lann and Reynn. Lann is an energetic (and often foolish) character. His sister Reynnn is more cautious and controlled, serving as a foil and contrast. For those unfamiliar with Japanese entertainment, these two roles are intentionally over-the top and meant to compliment and contrast each other. The style of comedy is called “manzai” and involved the “straight man” (or tsukkomi) and the “funny man” (or boke). Their silly interactions and skits are some of the highlights of the game. The interplay between straight-man (rather, straight-woman) Reynnn and funny-man Lann provides some of the best character moments in the nearly 40 hour journey through Grymoire. The bulk of the rest of the cast is familiar faces from past Final Fantasy games. Fans will see appearances from classics like Refia (FFIII), Rydia (FFIV), and Bartz Klauser (FFV), series favorites like Cloud Strife, Tifa Lockheart (FFVII), Tidus and Yuna (FFX), and newcomers like Lightning and Snow (FFXIII series), and more. This is one of the draws of the game. Seeing favorites is a delight, and getting to a new area is exciting not just for more content but to see which characters will appear. 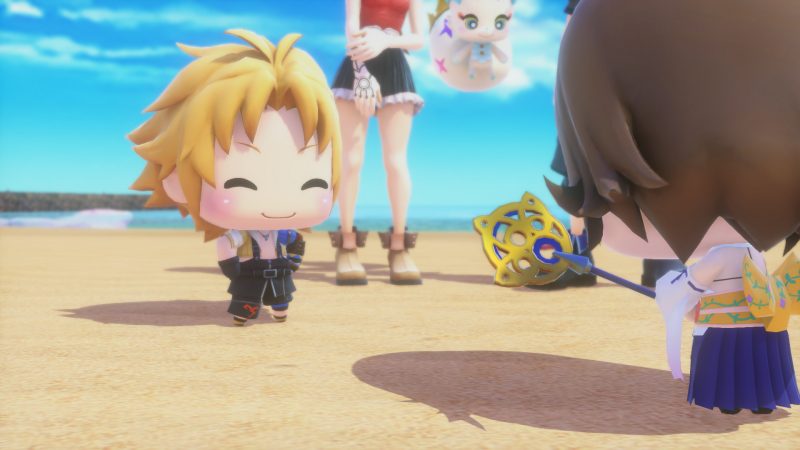 The low-point in characters is Tama, a mysterious fox creature who serves as Lann and Reynn’s guide and mentor. Since she’s constantly with the main characters, she’s present in most of the game. That means dealing with her incredibly irritating speaking style. More like inserting “the” into every other word – “Salu-the-tations! The name is Tama, and I’m the-here to help out. Does anyone the-have any questions?” It’s a bit irritating at first, and only gets worse as the story goes on. The characters are fun, but only really as cameos, and the story is kind of a mess. As is true of most Final Fantasy games, it quickly becomes a slog. Characters and motivations get lost behind dialogues that take far too long to get through. As a whole the story is long-winded, a bit uninspired, and ultimately unsatisfying. This is all the more disappointing because the real highlight – the characters, are really only good if you’re familiar with them in the first place. Someone who isn’t familiar with characters like Tidus or Rydia won’t be more engrossed in the story just because he’s in it. Fans will push through for the cameos and appearances of their favorites. Making up for the rather bland story is excellent gameplay. Rather than focusing on the real-time action style of recent games like Final Fantasy Type-0 and the upcoming FFXV, World of Final Fantasy hearkens back to the series roots with a standard “Active Time Battle” mechanic. Party members have gauges that fill up during battle that allow you to select actions. It’s a solid combat system that’s been around since Final Fantasy IV. While it shows its age a bit, it’s still a fun and engaging system. 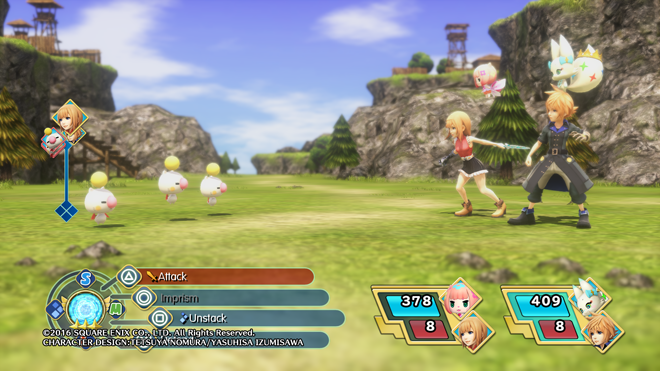 The real draw of the game, though, revolves around collecting and battling with “mirages,” the monsters that inhabit the world of Grymoire. Befriending these monsters (sorry, I mean “imprisming” them) adds them to your party. It lets you use them for battling or for navigating environmental puzzles in some of the game’s massive dungeons. If that sounds a bit like Pokemon, that’s because it is. It’s a great system for the series and fun to catch classic series monsters using them as a part of your own party. It also helps that as you catch mirages. You begin to fill up a bestiary that gives each monster a clever little profile full of jokes or cute little remarks. These battles take place in dungeons that are strongly reminiscent of classic Final Fantasy. There are sliding ice puzzles, environmental puzzles, random encounters, and everything else you’d expect from a traditional JRPG. It’s a game that knows what it wants to do and does it excellently. If you were never wowed by the gameplay in a traditional Final Fantasy game, this one won’t change your mind. The gameplay is also never really challenging, showing that parts of the game were aimed at younger fans. Those looking for moments like the series’ lengthy boss battles or tricky enemies will find themselves disappointed in the easiness of the game. [caption id="attachment_90123" align="alignnone" width="800"] 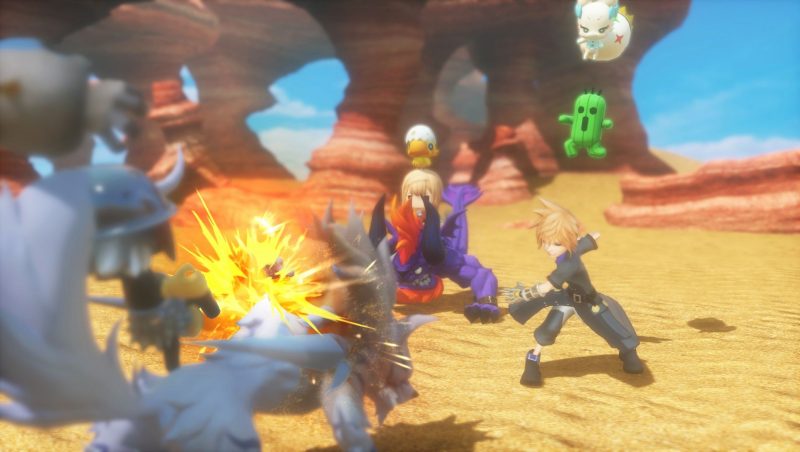 Reynn and Lann's "Jiant" forms battling with Mirages[/caption] Despite game director Hiroki Chiba’s claims that the game is aimed at new fans, I’m not sure there’s a lot to love here if you don’t already love Final Fantasy. The messy story and solid gameplay is a mixed bag. If you love the series you will have an absolute blast. It’s classic Final Fantasy, chock-full of references and cameos. The solid monster-battling and turn-based combat base is enough to forgive some of the story’s missteps.
Rating
7.5
Pros