I installed Cataclysm with the expectation (Mostly based on previews and the already introduced interface and gameplay changes) that what I was getting into wasn’t exactly going to be an inspired work of art. Instead, it seems that Activision-Blizzard is heading down the path of least resistance, aiming to satisfy the most common denominator while weakening two of the greatest elements that made the vanilla so great: exploration and teamwork. Sure, lip service is paid to lore and the new zones are given a flashier face, but it’s clear that these sentiments are a façade for a hollow processor of souls that strain to escape them and return to the safe zone of their maximum levels and min/maxing number crunching. While Cataclysm adds a tremendous amount of new areas and material, it is all merely derivative and simplified: in other words, instead of stoking the imagination (although the new instances buck the trend), the game mostly personifies boredom. 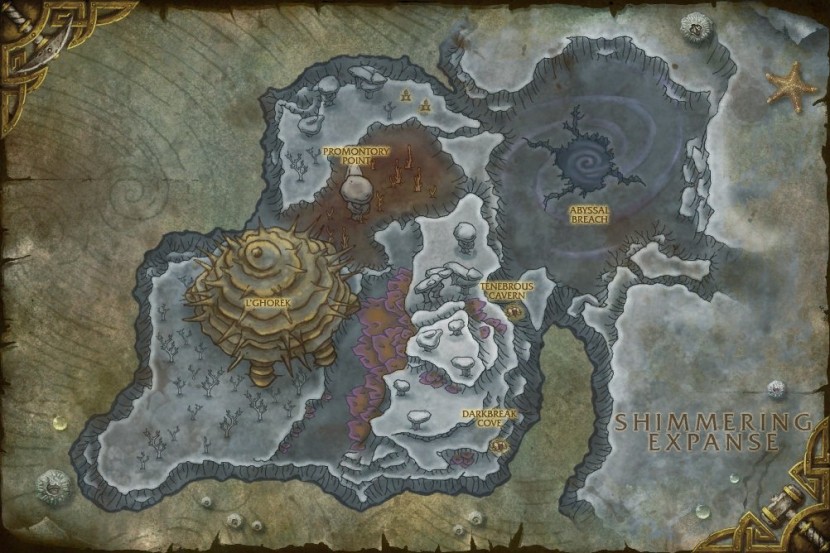 Cataclysm wasn’t the first expansion to travel down this path. While the Burning Crusade was similar to the quality that the vanilla WoW possessed, with strange new environments that maintained interest and required many trips across to fully explore and appreciate, it began to introduce quests in a linear format (although it was subtle). Quest chains were in the vanilla too, but they were rare and often hard to find, often requiring some very difficult acts to fully complete, awarding some excellent loot and a feeling that something worthwhile was accomplished. BC’s quest chains were similar in this regard; some I didn’t even find (as well as factions) until near the end of the expansion’s life. It had an element of exploration that rewarded you for looking around with no guide or reason to look other than simple curiosity. Wrath of the Lich King was the first expansion after the merger of Blizzard and Activision, and that’s when the tone changed. Suddenly, quest chains were the only kind of quest available, with individual quests being rare and usually small and pointless. Often, a zone simply had one quest chain that was unbroken from beginning to end, forcing the player to engage in some very easy make-work task and then continuing to some other area, reducing the actual worth of the area to how many experience points someone could drain from it before moving on. Entire zones were wasted, never to be really visited again unless someone needed them to harvest one particular resource quickly and then leave.

Cataclysm continues and intensifies this tradition by making each zone an exceedingly linear quest chain path that has no deviation or areas off the beaten path, at least in the new zones. Deepholm, for example, has the player following a very controlled route from beginning to end that goes through every part of the zone with nothing escaping the eye. Due to the simple and very easy nature of all the quests, players are often stacked, like waiting in a queue, fighting for boss kills that they can defeat in seconds that have no relevance to anyone or anything but to complete an otherwise meaningless quest. Massive health reserves means that players are never in danger or have to rely on group members to survive, rendering the game into basically a single-player exercise until late game or raids; it’s a shame that such potential for teamwork has been wasted in favor of lack of difficulty. It really feels like Warcraft needs another game in the form of a single-player RTS (or other format) in order to provide the lore to propel the plot, because telling players plot in quest descriptions is both boring and tedious.

The need to expand on the lore is emphasized by the extensive use of cutscenes throughout the game, with both camera and movement control removed from the player’s hands to show some relevant detail that is more often than not underwhelming due to the limitations of the game’s engine. There are some scenes that are cool to watch, such as the defeat of the Waterlord in Vash’ir, but these are marred by lack of good music and clipping character models. It feels amateurish and unpolished, to say the least, and it is obvious that the developers are hoping players will forgive them for that. There is also extensive use of phased areas, which allows for plot to develop for some players that have completed certain quests; players in different phases cannot see each other in these areas, although they can speak with each other. This pushes a more cinematic experience, while also clearing the area of the mass of players completing quests. 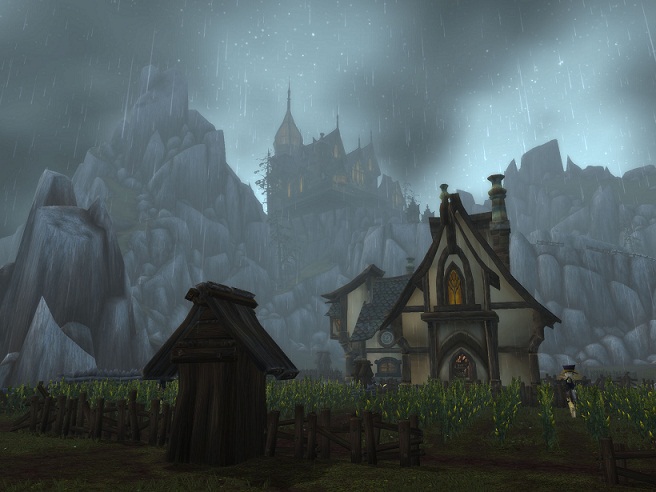 I did like the addition of the guild leveling and reputation systems. The introduction of a feature that rewards players for participating in guild activities certainly encourages teamwork and may cut down on the amount of random guilds that seem to propagate. With only established guilds in sight of developing to the higher guild levels, it stands to reason that players may be drawn to these guilds, building their numbers and making them more prominent and recognizable than they currently are. Player reputation with guilds encourages good behavior (maybe) and a reason to stick with guilds other than the camaraderie.

Instances and raids seem to be the primary focus for cooperative play. There are several new 5man instances that populate the new areas, with each involving much more difficulty and creativity than the outside zones. Both normal enemies as well as bosses have unique skills that must be paid attention to, lest the run ends in a wipe. The sheer strength of individual players means that the diversity of encounters has been expanded to encompass many more possibilities than in previous expansions in which most bosses either had a simple mechanic to ignore or was an easy tank and spank. It really feels like these instances are akin to mini-raids, rather than the instances of old, with each one having important relevance to the plot. Rather than just a sterile series of bosses, the instances have come alive with NPCs speaking and informing you of your next objective and either showing or telling you’re why the next boss needs to be defeated; the engagement this offers certainly helps to drive a sense of urgency and necessity that was lacking previously. The enclosed environments lend well to a cinematic narrative, which is clearly becoming the focus in game design for WoW; while before the players were mere soldiers in a greater scheme that was occurring behind the scenes, WotLK and Cataclysm attempts to put them on the front lines as a vital part of the narrative. This is of debatable utility: each player is made to feel like a unique snowflake, but at the same time is denied the chance to feel like part of an actual living team that developed from the lack of cinematic focus. By denying players the necessity of grouping outside instances and in PvP, there is a disconnect that develops from the otherwise single player game in outdoor zones and the intensely multiplayer game inside; the random dungeon matching only stresses this disconnect. All in all, it has become a more selfish game that encourages soloing over group activities. 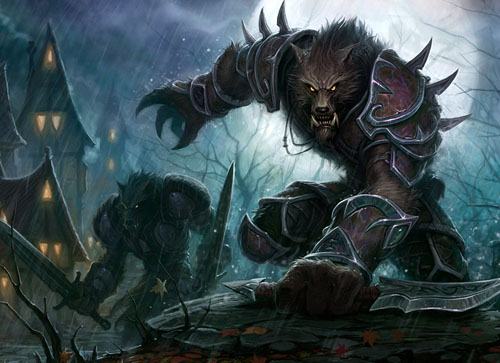 While the expansion brings with it a multitude of material, ranging from new enemies to zones to races, Cataclysm is a continuation of changes that Wrath of the Lich King brought to the series. It basically disallows grouping outside of PvP and instances as well as rendering the new zones sterile rail shooters of quest chains that make them otherwise uninteresting after you’ve cleared them. Enemies are easy to defeat and pose no challenge to a soloing player: what fun are new areas if they pose no threat or feeling of danger? Instances are becoming the main focus of the game, with most of the obvious creativity being poured into their construction to make them more fun, which they do successfully. The new guild systems are long wanted and definitely add a level of complexity to the simple guild roster; the new possibilities that may emerge will surely be interesting. Overall, the expansion is above average, if simply due to the massive increase in content, but I’m not sure if continually streamlining the game is the right choice.