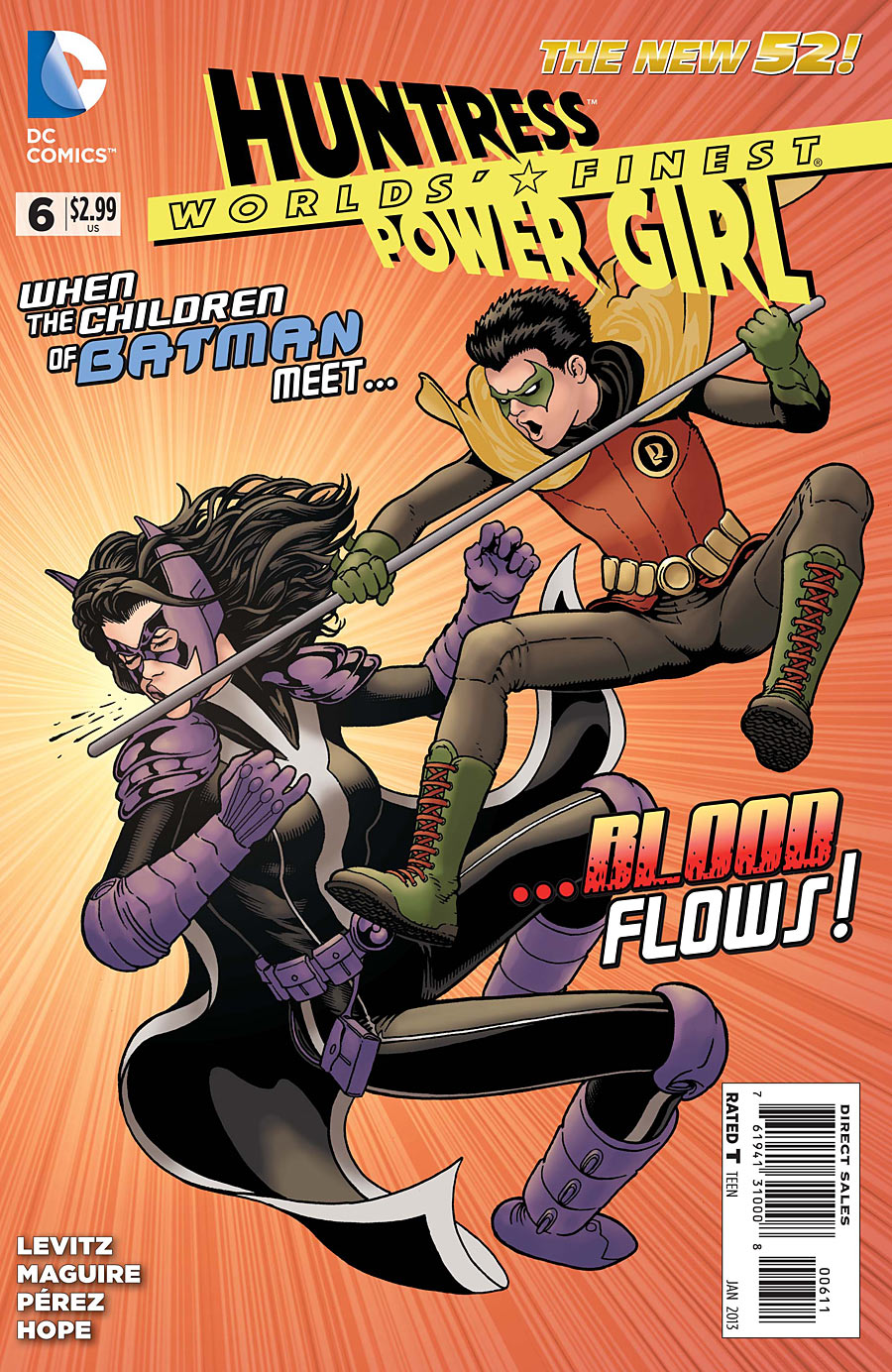 Worlds’ Finest is a series that I have been thinking of dropping. These next couple of issues may be the determination of if I am going to keep picking up this series. This series still hasn’t had anything interesting for two characters that have a lot of potential. Huntress and Powergirl are already beloved characters. They just need to prove that they can beloved in the New 52.

One of the reasons I am sticking with this series for a couple more issues is because I am excited for this new story arc. The cover shows Damian and Huntress fighting each other. This could be an interesting story because Huntress is the daughter of Batman from Earth 2 and Damian is the son of Batman in the regular universe. They are both Robin. So, how are they going to react to each other. Especially since their personalities are certain to clash.

In this issue, Huntress needs to borrow some money from “not-her-father”, but Damian catches her in the act. Damian does not exactly know who Huntress is so he attacks her. As they fight he notices that she has the same fighting moves as Batman and Catwoman. So, he knows she has a connection to them.

I loved the interaction with Huntress and Damian in this issue. Damian’s reaction to Huntress was priceless. He saw just by her fighting moves that something was different about Huntress.  He has his annoying but loveable attitude to him where you love to hate him in this issue. That is a pretty hard to balance with his character.

This issue was better than past issues of this series, but that is not saying much. I enjoyed the interaction with Damian and Huntress, but I still don’t care for Huntress and Powergirl’s story. Especially because in every issue they complain that they don’t want to be in this world, and try to figure out a way to go back to Earth 2. It has been five years you would think that Powergirl would enjoy being rich and stop complaining. Why should we care for these characters’ story if they don’t even care about it? 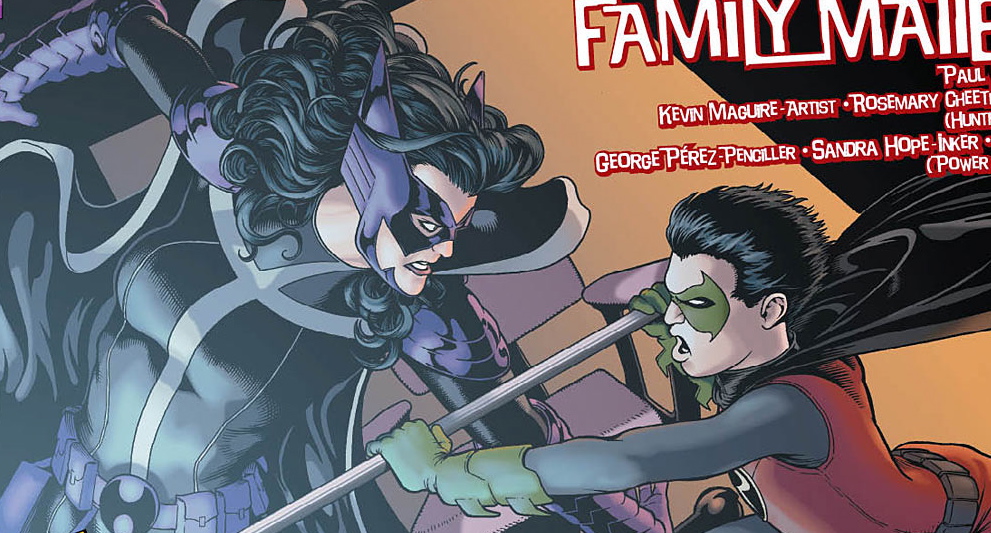 The art is another big disappointment with this series. It is very sketchy. It doesn’t fit for these two characters. If the story was better I think I could look over it, but the story needs to get better.

You may want to pick up this issue if you are a Damian fan, but I still don’t know where this series is going to go after this story arc. I think I am just going to finish up this story arc, and probably drop the series. The story just doesn’t make me care for Huntress and Powergirl. Most of the story arcs are dreadfully boring.  If I am not excited for a comic than it is not worth picking up.