By: | PS3 News | October 22, 2011
Remember during the Tokyo Game Show how Namco announced a new Katamari game was going to be coming to the Vita?  The game only had a working title at the time, but no more.  Touch My Katamari has been announced as the official title in the U.S. on the PlayStation Blog by Namco's community manager Rich Bantegui. 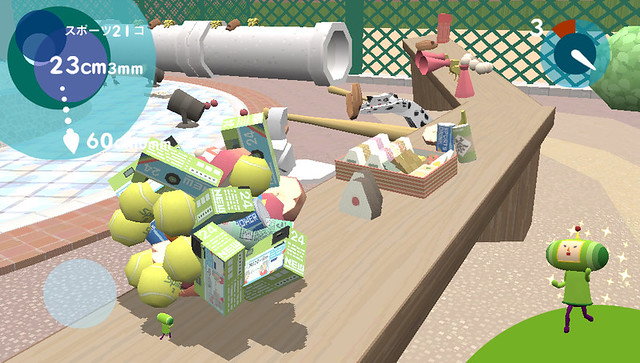 The most exciting news for Katamari fans is that Touch My Katamari will be available here in the United States on the same date that the PlayStation Vita will hit U.S. stores, February 22nd.  The game will allow players to control their ball with either dual analog sticks or the multi-touch front screen.  Also, the rear-touch pad plays a significant role as it lets players to stretch or squeeze their ball into various shapes and sizes allowing access to normally inaccessible areas of the game.  Just a quick tap of both fingers on the rear-touchpad and the ball snaps back to its original size and shape.  Touch My Katamari will just be the first of three Namco Vita titles, the others being: Ridge Racer and Shinobido 2: Revenge of Zen.