‘Wrath of the Titans’ Trailer Unleashes … Everything

By: | Movie News | December 19, 2011
Warner Bros. must have decided that Dec. 19 is Christmas, because not only did we just get a trailer for The Dark Knight Rises this morning, but immediately thereafter, Apple also got the exclusive rights to the trailer for March's Wrath of the Titans. Chances are the studio just hopes the crazy buzz generated by the former will seep over to the latter.

The sequel to the 2010 remake of Clash of the Titans, which made $493 million worldwide, "Wrath" sees the return of star Sam Worthington as Perseus, Liam Neeson as Zeus and Ralph Fiennes as Hades. As for the changes, "Clash" director Louis Leterrier makes way for Battle: Los Angeles director Jonathan Liebesman and Andromeda has been recast with Rosamund Pike in place of Alexa Davalos.

If you thought the Kraken was insane, you can't even count the number of CGI behemoths on dispay in this trailer. The video game should be pretty awesome, but the film — jury is out. Liebesman should bring a gritty, up-close feel to the film, but I think we said the same about Leterrier.

Wrath of the Titans unleashes its fury on Mar. 30. Click the Apple link above for the trailer, as we didn't want to provide you a crappy version. 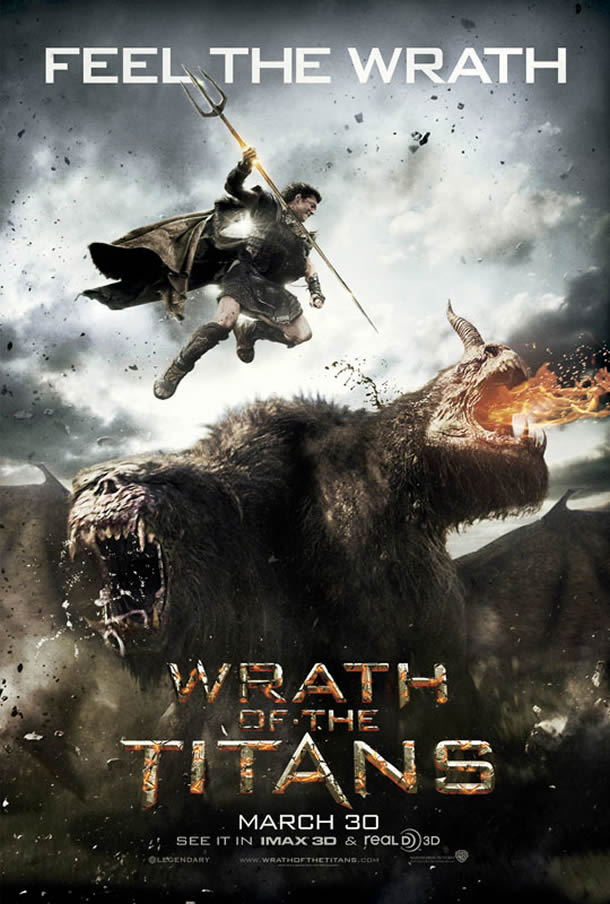