In this issue an X-Man dies and it is nearly impossible to tell you about the story without spoiling it for you as well. If you have not seen Marvel’s marketing for the issue then you will go in with some degree of innocence. If you did peak at the ad, then from the recap of this issue you will know who died. I will say who died at the end of the review so consider yourself warned!

Chapter five of X-Men Second Coming invades the pages of X-Force. Cable and Hope have become separated on their journey to find the X-Men, although in Hope’s case, they found her. While divisions of the X-Men are fighting all over the country with Bastion’s evil posse, Rouge, Nightcrawler and Hope are teleporting cross country to Utopia. Bastion, the all-seeing sentinel of doom, calculates their location and takes it upon himself to find and kill Hope. Rouge squares off against him with the powers she’s stolen from the X-Men over the years. Meanwhile, back at Utopia Island, Cyclops sits on his hands wondering why communications between the teams have been cut off and why Cerebra is down. Then it hits him… They’re being attacked! 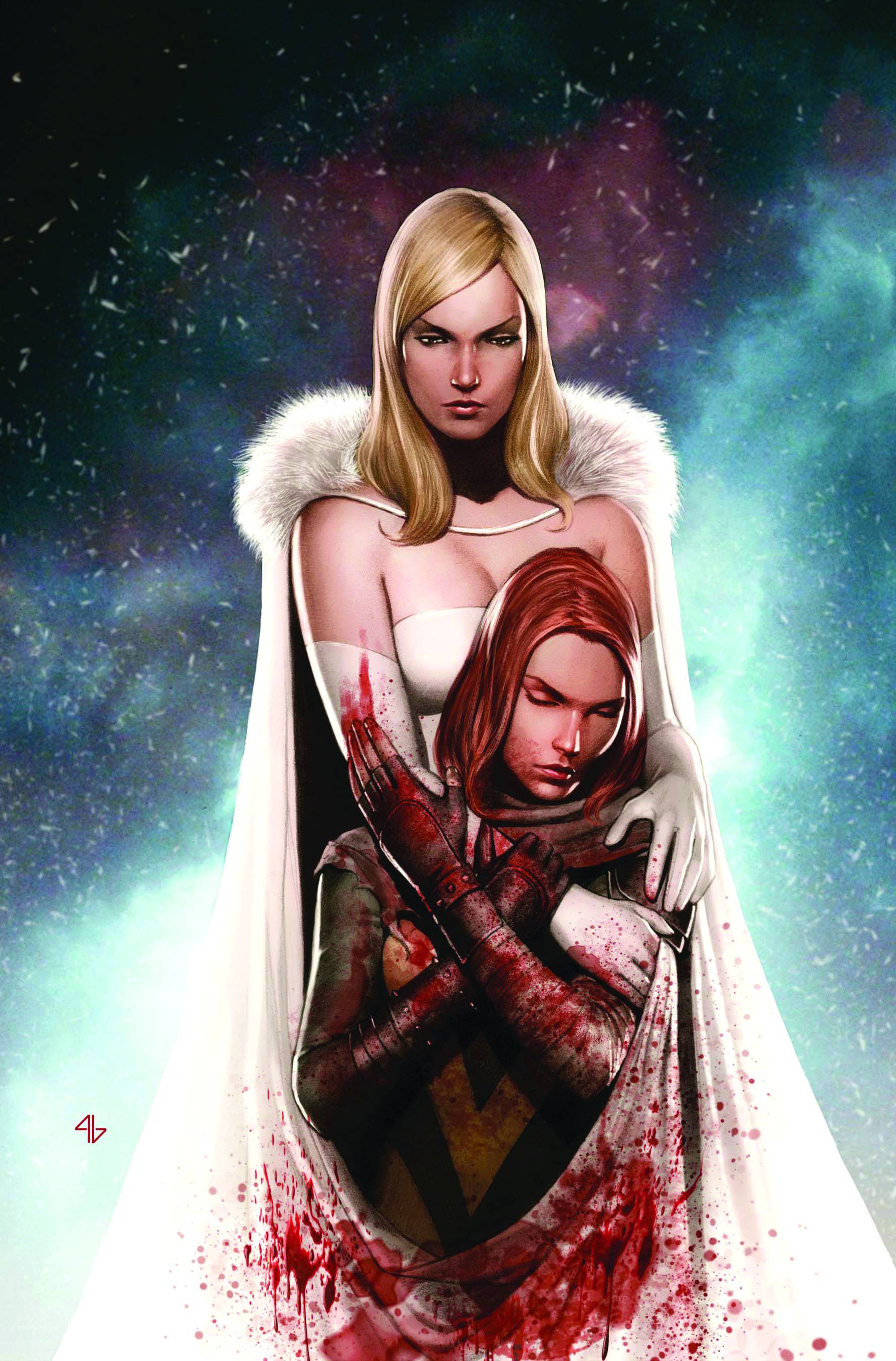 Craig Kyle and Christopher Yost (X Necrosha, X-23) continue to struggle with crossover events. Granted, this is not your typical crossover issue. If it was, it would actually star the members of X-Force rather than the few pages in which they graced the book. This issue is simply a drawn-out fight scene that basically makes you wait until the other shoe drops. That’s not to say that fight scenes are boring, but when they only involve two people and neither of them are very interesting it becomes long and turns into a blur of images.

Michael Choi’s (Witchblade, X-23: Target X) art is beautiful, but at the same time seems hallow and flat. It just seems to fail at grabbing the reader and sucking them in. Even bloody and beaten, the X-Men look beautiful and perfect. His action shots consist of extreme close-ups and wide shots. That style doesn’t work for movies and it really fails with comics.

This issue is really uninteresting and basically only exists to kill someone. It doesn’t drive the overall story forward and doesn’t stand on its own. Kyle and Yost seem unable to write an event book or a team book that focuses on more than a few members of the team at one time. Choi’s art, while beautiful, doesn’t match the tone of the writing nor does it convey the emotion that should be in the story. Pretty art does not make good storytelling.

Here it is: The Spoiler Section! If you did see the marketing ad from Marvel then you should be able to figure out that Nightcrawler dies in this issue. Nightcrawler’s death could have had a great meaning. He even has a great line before he dies. However, because the battle was so drawn-out and the marketing so blatant, his death lost all meaning. As it is, his death is watered down by mediocre writing and a story stretched too thin.