‘X-Men: First Class’ Sequel is ‘Days of Future Past’

With its director, writers, principal cast and release date all confirmed, about the only thing left unknown about the sequel to X-Men: First Class was what it was going to be called. But no more, as in a recent interview, producer Bryan Singer has revealed the sixth "X-Men" film will be called X-Men: Days of Future Past.

The title confirms rumors that swirled when 20th Century Fox started to purchase domain names associated with the title, which is sure to get fans of classic "X-Men" stories excited; the Days of Future Past arc is considered one of the best in Marvel history. 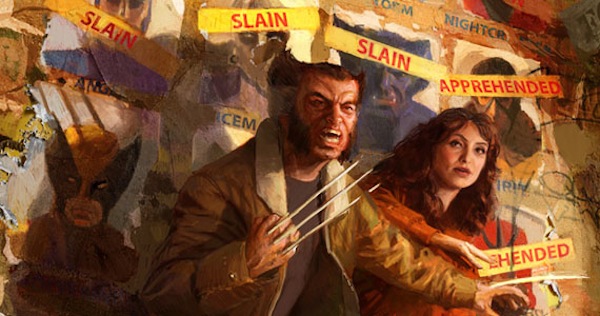 Mixing apocalyptic prophecies with psychedelic time travel, Days of Future Past sees the X-Men fighting to prevent the assassination of mutant-hating senator Robert Kelly, who's death leads to a mutant genocide warned of by a future X-Man traveling back in time to inhabit their former self. The original arc jumped 33 years into the future, but seeing as it was published in 1981, we'll be passed what was then the "future days" in 2013 as the sequel releases in 2014.

Singer's claims that the sequel will be "ambitious" certainly seem true given the source material, though seeing as how "First Class" already went back in time to follow the origins of the X-Men through the '60s and it's that cast that will be returning, fans should expect an adaptation of the arc as opposed to a verbatim retelling.

Singer has also mentioned that increased "connectivity" between "X-Men" films is a priority, so given the time-travel conceit, the sequel may try to work itself into the original trilogy, or provide a few links to the upcoming The Wolverine spin-off.

With most name-brand superhero origin stories having already been turned into films (and then re-filmed, as in the case of The Amazing Spider-Man), dipping into more dense comic book mythology could be the way of the future. Granted, that didn't work out so well for X-Men: The Last Stand, which did a pretty abysmal job of adapting another famous "X-Men" arc, The Dark Phoenix Saga.