On July 7th Criterion games and Electronic Arts announced the release of Burnout Crash. For those of you that don’t know, Burnout is a racing game with a twist. You can choose a wide variety of vehicles to race, ranging from heavy ones to light ones. The lighter vehicles are obviously faster but can get thrown into the air a lot easier. In this game, the primary goal is to make your opponent go flying into the air and crash in many different ways. 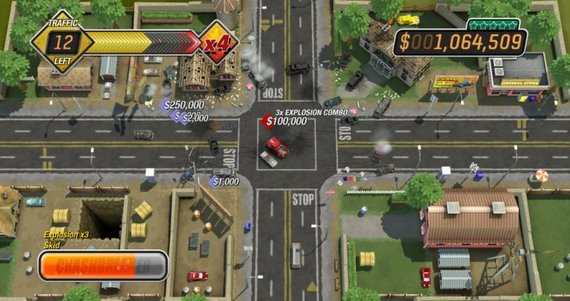 This addition to the Burnout series is set to be released for the Xbox Live Arcade, which means it will be on a smaller scale. Although the arcade scene is going to give players a sort of mini-Burnout experience, it will maintain many of its features from the previous Burnout games. You will still be able to do the crash mode where you can fly off ramps into busy traffic intersections to try and rack up as much damage as possible. Also there is the traditional race mode. We will have to wait and see if the arcade version can live up to its previous version such as Burnout Paradise. It is set to be released this fall.