The slim has been out for a bit now, and now even has two versions of the system. However while the new Arcade model of the slim has a hard drive it is easy to see that 4 gb of storage is not enough. Not with all the content on Xbox Live at least. However you can now pick up, and exchange the hard drive for a 250 gb hard drive for $129. 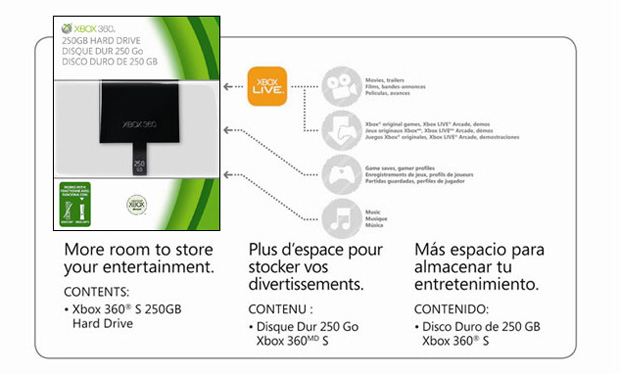 While this is good news it should be noted that you could get a normal hard drive for less than half the price. Though I know it's nicer it is still ridiculous. At least the new model can use an external hard drive for its memory. It is only too bad that you can not use another hard drive in the system, but maybe one day they will smarten up.