Xbox One Shopping Deals: Start on the Right Foot

The most expensive of the next-gen consoles arrives this Friday and I bet anyone that’s dropping the $500 on it would like to have something to play on it. So this week, our offers will be focused on the Xbox One’s launch lineup.

The most popular deal out there is GameStop’s trade in deal, where you get $50 in store credit to upgrade your 360 versions of Call of Duty: Ghosts, Battlefield 4, Madden 25, FIFA 14, and Assassin’s Creed IV: Black Flag> to an Xbox One version of the same game. The problem is that there are a lot of things you as a customer must do in order to take advantage of it. You must:

1)   Have to be a Power Up Rewards member (either the free Basic member of the premium Pro member).
2)   Had to buy the game within 30 days of launch at GameStop, so Madden and FIFA are already out of your grasp unless you got it months ago. Make sure you used your PUR card in the transaction.
3)   Get the coupon that was either emailed to you or on the PUR site. Make sure you activated the card by going to the site. If for some reason you didn’t get it, you must call the customer service number.
4)   Either print the coupon, present it on the PUR app or write it down, and then bring it to GameStop between today and the end of the year with the 360 version(s) of the game(s) in question and trade it in.
5)   Pay for the rest of the Xbox One version (only regular editions apply), which should be $9.99 plus tax from the original game’s price. If you banged up your 360 version, it’ll be a little more.

It is a gigantic pain to get all this down, but it is the cheapest way to get an Xbox One game at launch if you did all that. Plus unlike the PS4 upgrade offer, you grab a physical copy of the game too. And all your DLC and multiplayer stats in these games will all transfer over for no cost, so those with season passes and good K/D ratios will be able to have a day one head start versus those who are starting fresh on Xbox One. 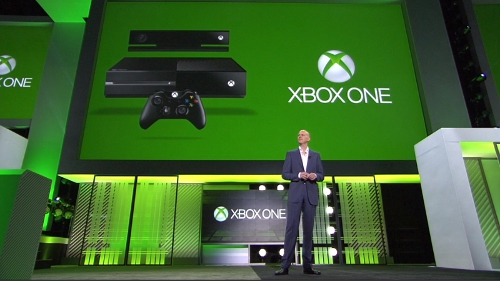 If you aren't participating in that offer, there are a few other deals going on, though there are not as many as the PS4 ones last week. Walmart this Friday will be honoring all their Black Friday deals, so certain newer releases like Call of Duty Ghosts will be $49. Otherwise, the only other known off is through Microsoft via their online store, and it’s a $10 store credit when you pre-order any Xbox One game (or South Park on 360) on it. The code for the credit will be emailed to you as a promo code for a future purchase, so if you play your cards right (and don’t mind waiting to utilize it to the fullest), you can get another game discounted.

In terms of offers that I mentioned last week, there are some that is still continuing. Toys R Us is again doing the deal when you get a $50 gift card when you buy three games, so that’s the best brick and mortar offer available now. Finally, GameStop’s 30% bump on all trades towards the system and select big titles will be going on for the rest of the holiday season. Amazon's card has an offer of getting 0% interest for 12 months as well if you're getting the system online.

Unfortunately, there are not as many instant deals for the Xbox One as the PS4’s launch week, but there is still ways for you to save a bit of coin after dumping $500 on the system. On top of that, I think extra systems for it will be few and far between as well. But if you have one reserved already, make sure you don’t pay full price on the software, because there’s no need.