After News Corporation Fox did not renew Peter Chernin's contract last June, the veteran media industry executive has ventured on his own. Starting with the formation of his own production company "Chernin", which has been working non-stop coming up with new ideas and properties. When you're credited by many as the reason all of Fox's cable networks are a success, your ideas usually carry a bit of weight with them.

One of these new ideas has been brought to light now, as Chernin met with Microsoft executives a couple of weeks ago. The idea? An exclusive Xbox Live TV network.

Bloomberg News reported last week that in his meeting at Microsoft headquarters up in Washington, Chernin had suggested creating an entire TV network centered on the core of Xbox gamers. This 18-34 male demographic focused network would be distributed through Xbox Live. Chernin also discussed that it would likely cost users an extra $1-$2 per month ($12-$24 per year) to keep the station up and running and that he would co-own the rights with Microsoft.

With music, movies, and TV shows already being downloaded en masse by gamers online, an entire channel could be the next likely step in media evolution as we become more and more dependent on our game systems for various forms of content besides games. The big questions that immediately come to mind though are: what actual programming could we see on the channel, and would Xbox Live users be willing to paying another $20 a year on top of the $60 they are already dropping on the online service? 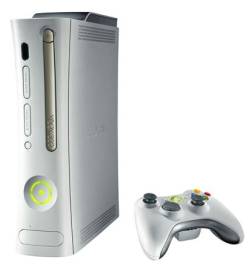 In terms of content production, I have faith that Chernin already has several ideas for shows and programming, especially since his sons are writers for such shows as "It's Always Sunny in Philadelphia". Not to mention that it wouldn't be hard to get distribution rights for shows like "Pure Pwnage" and that Microsoft already has their own shows like "The Guild" and "Red vs. Blue". If anything, this would spark an even greater independent creative drive for the system.

The biggest problems would come from the price raise. Personally, raising my Xbox Live bill by 25% would not be something I would be thrilled about, but in the end would be something I end up paying for because the service is just too crucial to me enjoying the system. I know many gamers who would not bend so easily though. A possible solution could be having third party developers help to fit the bill, especially those that rely on online content as much as we rely on playing it. This could have other ramifications though like seeing the rise of software prices so this also seems unlikely.

With Microsoft and Chernin refusing to comment on the meeting at the moment, only time will tell if XBOX-TV will become a reality. Microsoft has always tried to be at the forefront of new and exciting media, but if isn't cost effective for the consumer, this may be one idea that is never realized.