By: Sean Elks | Uncategorized | September 28, 2012
Regular Earth 2 artist Nicola Scott will be taking a break from the series for a couple issues, and in that opening, Yildiray Cinar of Fury of Firestorm: the Nuclear Men will be stepping up to provide guest art for issues seven and eight. When it comes to Fury of Firestorm, Cinar's art has generally been the only positive thing I have been able to talk about. It's good to see him moving up, and his style shouldn't clash with Scott's, making him a good choice for guest artist on Earth 2.

It looks like Cinar will get to illustrate a big development in the series as the cover to Earth 2 #8 shows Steppenwolf with the last Amazon left on Earth 2. 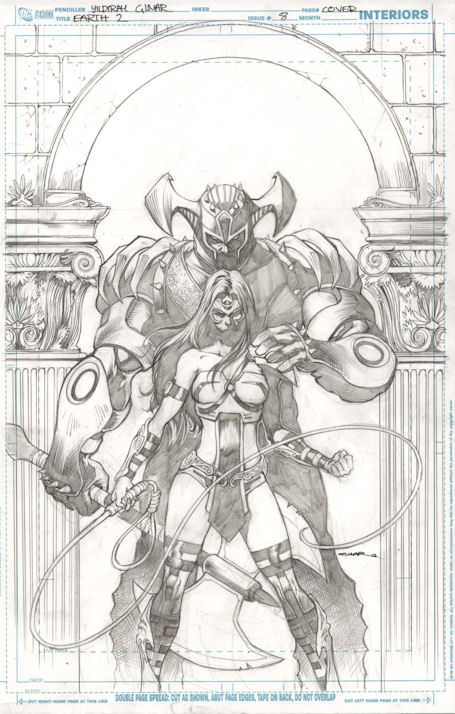 Now who could that be? Judging solely by this image, it looks like Steppenwolf has taken in the last Amazon as an apprentice. That sounds to me like a perfect new premise for Fury. However, the real question is whether this is Lyta Trevor or the long-awaited debut of the New 52's Donna Troy. I lean toward Donna, because this really is the only chance we have of seeing her in any substantial way again. Plus, James Robinson was just writing the character recently in Justice League of America and did not seem fond of the idea of Donna being lost to character limbo by the revamp.

A whip instead of a lasso. I like it.