"After watching the good anime, does the game hold up?"
By: Edward Oliveira | Wii-U Reviews | November 16, 2015
Note: One thing I would like to do with this review is not liken Level 5’s Yo-kai Watch to Pokémon, as I feel that the game as a whole is very different than Nintendo’s RPG series. Other than the fact that you use creatures to battle others, Yo-kai Watch’s presentation, exploration and charm feels vastly different. In fact, there have been dozens of games that have a monster catching like Dragon Quest Monsters or Level 5’s own Ni No Kuni, and Yo-Kai Watch actually reminds me more of the more mature Shin Megami Tensei games… just not mature. 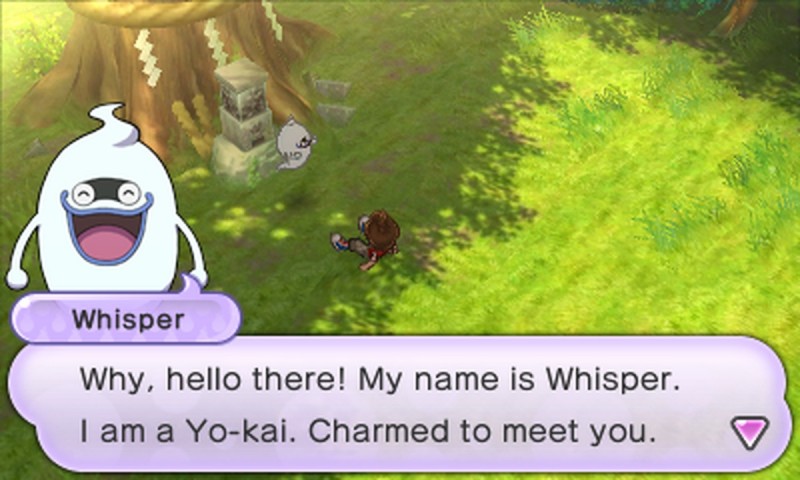 The premise to Yo-Kai Watch is pretty easy to grasp, you play as a boy named Nate or a girl named Katie as they hunt down spirits that embody a negativity within a normal Japanese-looking town (though the American localization of the anime taught us that it’s now in Springdale, Idaho… since no one will argue it). You soon meet up with Whisper, a funny sidekick who’s your "Yo-kai butler" of sorts, and receive the Yo-kai Watch, a device used to see and summon these yo-kai. That’s what really makes the game feel fresh, where the humor, charm and Level 5-esque presentation ripe with anime cutscenes and voice acting really makes this game an identity of its own. 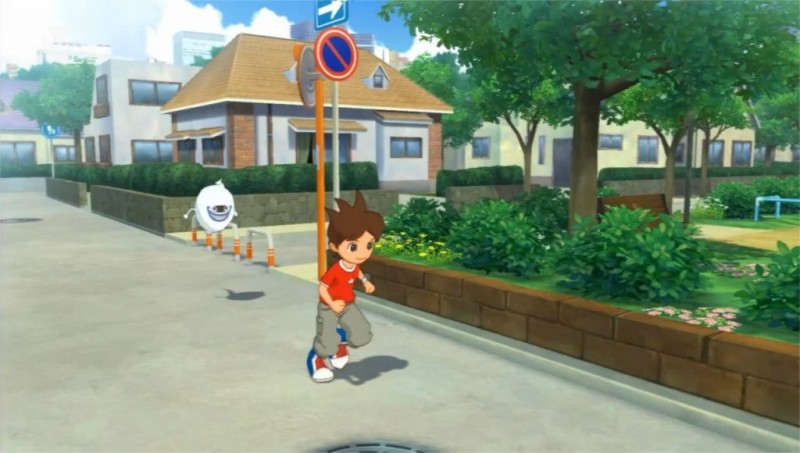 The adventure is strictly within town, which I’m a fan of since games that take place in a smaller setting like this or The Last Story delivers a tighter, livelier settling than a watered-down planet that you have to save. And you’re not even “saving” Springdale either, but instead getting rid of or taming these yo-kai who embody a trait that infects the people around it, either positive, negative or just an extreme. There are over 200 yo-kai you can get that are either cute cool and downright weird, from Blazion, who can fire people up with passion, to Jibanyan, who haunts those who cross the street without waiting for the signal… though we find out it’s because it’s the ghost of a cat who was hit by a truck at that very intersection. Then there’s others like Cheeksqueak, which has a butt for a face and can cause uncontrollable farting. Some can evolve, be fused with others or synthesized by objects.

You fight off yo-kai using others who you’ve befriended, whether from a battle or a mission, which you acquire by hunting them down with help from your watch's sensor through a first-person view. The combat weirdly lacks overall control, as you are spinning a wheel that summons three of your six on-hand yo-kai, and using their combinations and natures to make combos to beat the opponent’s three yo-kai team.
Your role in this is rotating when to switch out, healing and launching special attacks and launching the Soultimate attacks, which are done by filling a meter and doing a mini-game to access a strong attack unique to that yo-kai. These are must-haves during boss fights, which need a ton of strategy to succeed, but they can get a little repetitive. 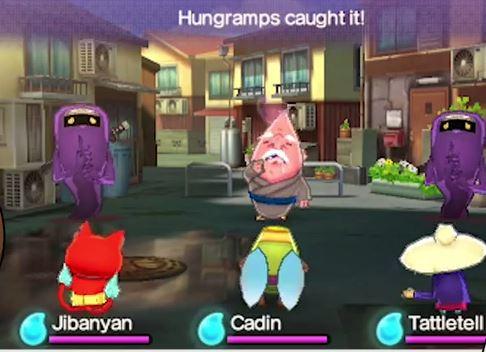 These bosses conclude episodes, in which the game presents itself as. Each episode contains its main quest, has anime cutscenes ripped form the anime, and a “to be continued” at the end (kinda like Resident Evil Revelations or Phoenix Wright). There are tons of sidequests that flesh out the town, so story fans are doing a disservice missing them as they contain the funniest bits. You can tell Nintendo and Level 5 had a bit of fun localizing it. Though many of the missions in the game feel like fetch quests, and some were total duds.
Though the combat felt a little limited, Yo-Kai Watch’s world is too good to pass up. It’s cute, charming and full of life, and never takes itself too seriously. Like Splatoon did with shooters, is a nice change of pace to just smile and have fun playing the game. I do wish I had more control of the battles, but again, I shouldn’t be expecting a Pokémon game, and neither should anyone else.
Rating
7.8
Pros