"We're finally seeing this hit our neck of the woods"
By: Edward Oliveira | Wii-U News | April 7, 2015
Look out, because what could be the next big thing is hitting the Nintendo 3DS next year. Level 5’s Yokai Watch is being localized, and Nintendo is doing the honors. This will be the first game in the series finally hitting North America, Europe, Australia and Korea after the Japanese launch in 2013, though don’t expect it until 2016. 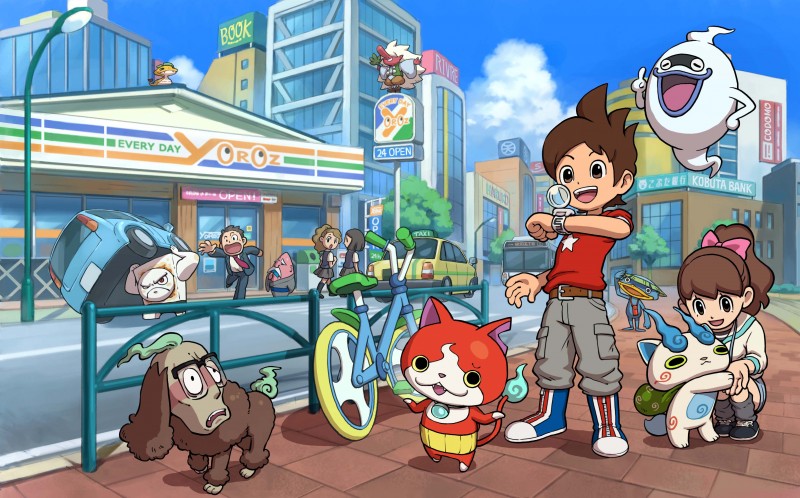 This was announced during a Level-5 event after they also announced the third game in the series as well as a Romance of the Three Kingdoms mashup game. The various versions of the first and second game have sold seven million units in Japan alone. The game stars a hero that obtains a watch that allows him to see and summon Yokai to fight other Yokai.
The anime and manga are also being localized as well, and Hasbro will be bringing toys. Level-5 is expecting a big international launch, and are probably expecting to be a Pokémon-sized hit with all these partnerships.
That was the positive side to the event, since they also disappointed Level-5 fans by announcing the next Professor Layton and Fantasy Life exclusively for smartphones.