By: Edward Oliveira | Wii-U Reviews | March 20, 2014
Yoshi has had a tough time when it came to starring in his own platformers. After the wonderfully crafted 1995 SNES gem Yoshi’s Island: Super Mario World 2, the green dino has done little to maintain that momentum. He starred in the abysmal Yoshi’s Story on the N64 followed by a “demake” of the original on the GBA due to a lack of buttons, inferior sound chip and lower visual quality due to the lack of the FX Chip. The first true successor happened in 2006 with Yoshi’s Island DS and while it wasn’t bad, it was fairly forgettable and criticized for the forced gimmick of having to swap out the baby you’re carrying. Now in 2014, we see the only direct sequel to the SNES game: Yoshi’s New Island, and unfortunately it’s still not doing the franchise any favors. 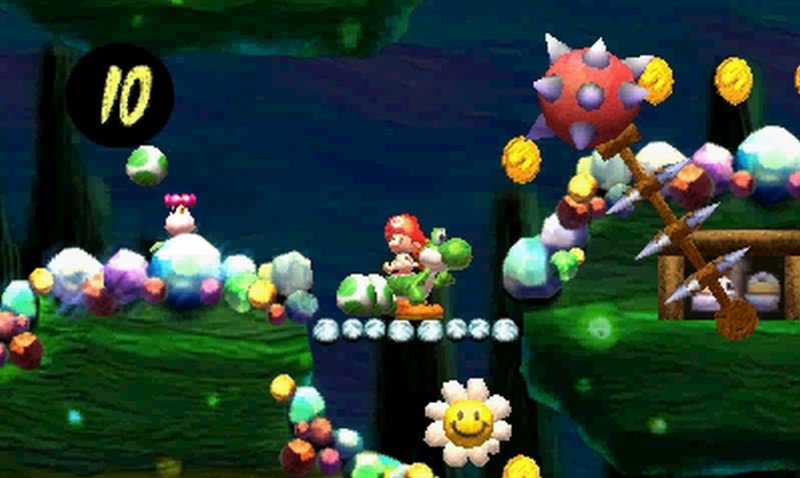 I say direct sequel because New Island starts off just moments after the SNES game where the stork who carried baby Mario and Luigi dropped them off at the wrong house. When redelivering them, just like before, Kamek the Magikoopa interferes and snatches Luigi and brings him to Bowser’s vacation home on a different Yoshi-inhabited island. It’s weird that a game today wants to directly involve the original which released nineteen years ago since the audience is either grown much older and may have forgotten, never played it or wasn’t alive then. So that means the only audience that would really get it are those who played and loved the original, and that’s an issue.
And the problem is that Yoshi’s New Island poorly implements everything that made the original Yoshi’s Island fun, original and unique while adding nothing relevant to stand out on its own. The SNES hit had some amazing level design with really complex layouts, but the most complex stage in New Island is Bowser’s Castle, and even that idea was ripped from a fortress from the original. Yoshi can also transform into a variety of vehicles and it kept the game fresh and challenging back in the day, but New Island just throws them in separately from the levels themselves while adding lame gyro controls (which breaks the 3D and can get you disoriented). Even the regular controls felt inferior thanks to accidental deaths due to ground pounding from the sensitive Circle Pad and terribly slow egg aiming, even on the “hasty” setting.
Even the gimmicks that set it apart from other Yoshi games, namely the Mega Eggs, are used without much effort since those level-destroying eggs are only used in the small, controlled section they’re issued. After all the hype Nintendo had with this gameplay element, to the point that the game’s cover has Yoshi with a giant egg, it’s irritating that the game barely uses it; much like the Mega Mushroom in the New Super Mario Bros. games. 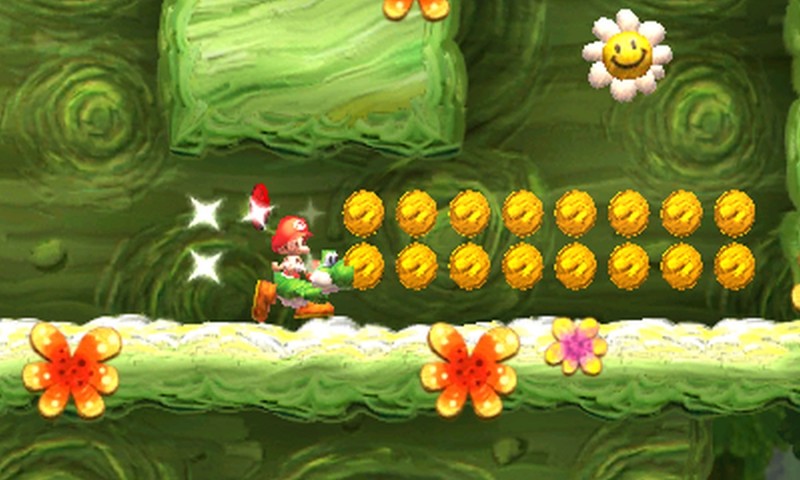 The music of New Island is also a sore spot. While the neat song from the game’s trailers is one you hear in some of the stages, the choice tracks end there. What follows after is composed noise from instruments that perhaps wouldn't fly in many bands, like kazoos and squeaky toys. Mix that with the easy difficulty and the inconsistent art style complete with crayons and watercolors, and you’d swear Nintendo thought the target demographic was five-year olds (Note: it really, really isn't).
Nintendo has been releasing hits for the 3DS consistently in the past year, so it’s upsetting when one of the more anticipated titles was such a let down. And due to that steady stream of awesomeness, it is very easy to ignore Yoshi’s New Island and focus on much better platformers like Super Mario 3D Land or the wealth of cheaper and craftier indie hits on the eShop. I guess I’ll do a countdown to 2033 when we might see another, and hope it’s worth the wait.
Rating
5.3
Pros