You Missed That Issue?! The Last of Us: American Dreams #1

You missed that issue?!  This is an ongoing series of articles we do here at Entertainment Fuse in which we take somewhat obscure material and explore it in depth.  This article will contain spoilers, and isn't your run-of-the-mill review.  With these, the writer is assumed to have liked the comic, and is taking it upon themselves to get the word out.  The game, The Last of Us, is not obscure.  The comic, I believe, is.  Yes, I know, lots of video games get adapted into comic books.  It happens that many of them aren’t so good either.  Much of the time, it’s a way for a popular game to further cash in on that popularity, whether the game lends itself to a different medium or not.  What’s different about this one?  This four-issue run was released prior to the game.  Now that the game is out, it’s not so easy to get a hold of.  Everywhere, the prices are inflated for a physical copy due to both demand and scarcity.  It’s no surprise, after playing The Last of Us people want the comic, me included.  The writing is just that good.  And the more everyone knows about it, the likelier it is to get a wider release.  I like to think that the general consensus is quite clear: give us more Ellie.

One thing that The Last of Us, the acclaimed video game title released by Naughty Dog in June of 2013, needs is more positive P.R.  The game was—is—a phenomenon.  Winner of countless awards, recipient of countless glowing reviews, it’s considered by many to be one of the greatest ever produced.  Despite the popularity, the four-issue comic book series released by Dark Horse Comics and written by Neil Druckmann, the writer of the game, has been largely overlooked (in part, due to its limited release).  Its title is The Last of Us: American Dreams, and it serves as a prequel to the events covered in the actual game. 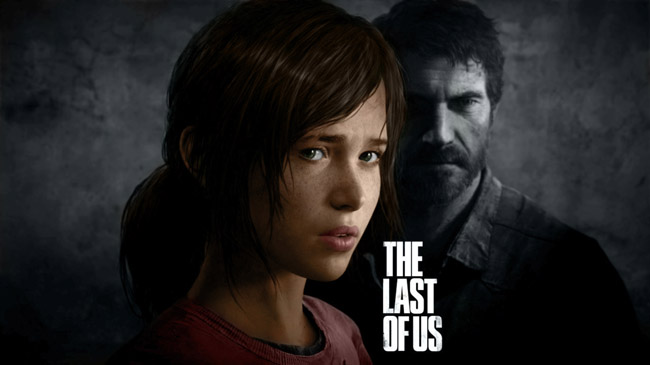 A fresh take on zombie horror, the game and comic are set in a post-apocalyptic United States where a highly contagious neural fungal infection ravages the population.  Twenty years after the initial outbreak, once great and populous cities have become over-policed quarantine zones—that is, those that haven’t been overrun by infected or taken over by raiders.  The game follows Joel, a tired, bitter older man who has made a living in this new world as a smuggler, and Ellie, a fourteen year-old who also happens to be the only known person to possess an immunity to the infection.  In the game, Joel must get her safely across the country, from Boston to Salt Lake city, where a team of scientists is researching a cure.  But in the comic, she doesn’t yet know of her own significance; she hasn’t yet had an encounter with infection.

In the game, we get a whole lot of Joel.  Flashbacks are dedicated to him, the gamer mostly takes control of him—it’s his journey more than anyone else’s, with Ellie coming in at a very close second.  The Last of Us: American Dreams, however, is dedicated entirely to Ellie.  The comic begins nineteen years after the outbreak (a year before the story in the game begins), and we meet Ellie, thirteen years of age, as she rides a bus to military prep school.  She has nobody and nothing save for her Walkman. 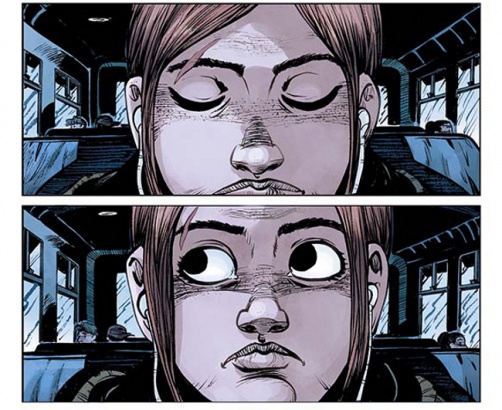 It’s becoming quite a trend in the Zombie genre to focus as much if not more on human relations, than on human-zombie relations.  That’s precisely what The Last of Us does best.  The title alone implies togetherness.  Most other popular titles set in the zombie apocalypse have names that are some play on the word “dead,” as if to hammer home the already obvious and distinct setting.  This is a totally fresh take on what is becoming an increasingly stale genre.  Character takes such precedence over setting, that in the first issue of American Dreams, we aren’t even shown the outside of the quarantine zone.  Not a single infected makes its way into it, and you''ll hardly nothice.  There’s a lot more going on than zombie extermination.

What we do get is a dreary unwelcoming world.  As Ellie looks out the window of the bus that’s taking her to military prep school, we see spray painted walls that read, “REPORT INFECTED: YOUR INACTION COSTS LIVES.”  Just in front of that wall is a man who is in the process of being detained by the police.  He sets off the machine they use to detect infection, but the bus pulls away before Ellie can see what happens to him.  This post-pandemic world is a police state.  It’s cold and unwelcoming, and the law of the land is whatever the military deems necessary.  Society hasn't ceased to exist, but to survive it has become mean and aggressive.  It is in this world that Ellie must find her way. 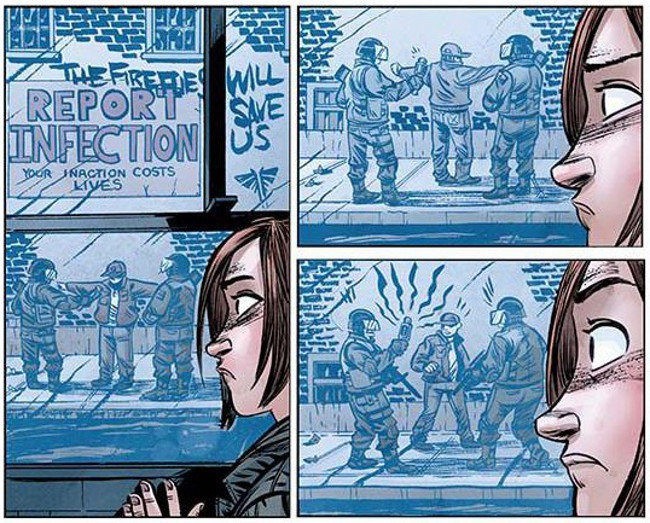 She is in much the same position at the start of American Dreams as she is when Joel meets her in the game: without anyone to count on.  As she exits the bus, one of the police in riot gear approaches her and removes his helmet.  The two have a history as he tells her to stay out of trouble because he won’t be around to get her out of it.  “Then take me with you,” Ellie pleas.  But, the officer has a family of his own to look after, and he tells her he “can’t.”  “You mean you won’t,” she reminds him.  Clearly, she’s experienced this sort of rejection before, more than a couple of times most likely, and this won't be the last.  Another crucial character trait for Ellie is her problem with authority and following rules.  She fights, she steals, and she runs away.  In a place like the one she's in, there is plenty to run from.

Issue #1 is the status quo of Ellie’s life.  The game offers us the same for Joel, but Ellie’s is infinitely more interesting.  Unlike Joel, she was born into this cruel and lonely world.  Her toughness makes sense.  Her lack of tears and self-pity make sense too, not to mention her lack of fear.  At prep school, she’s stuck scrubbing blood soaked jeeps.  She sees a severed finger stuck to the bumper.  She’s used to this.  Social life at prep school isn’t so great either, as she gets bullied.  Although outnumbered, she shows the fearlessness that fans of the game know so well.  That’s when she meets Riley, the friend with which she will discover her own significance.  At the end of this issue, they escape prep school together.  They climb the fence, and venture off with only each other.  What sort of horrors will they encounter together? 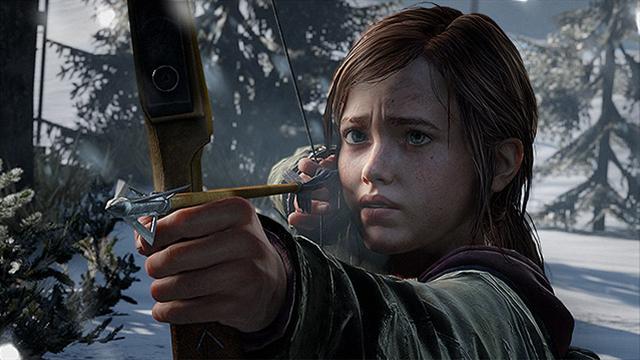 A recurring theme: in this world, having someone you care about will only get you killed.  This story does an incredible job at balancing the pros and cons of survival, and showing how, through great strife, people grow.  Is staying alive as good as it gets?  Can anyone truly be counted on in this Darwinian world?  Ellie’s independence is a breath of fresh air.  She can more than look after herself at her young age.  Check out this series, it might well be the beginnings of a new kind of hero, a Blade of the zombie universe.  Her immunity is her super power.  Joel and Riley are just catalysts for her journey.